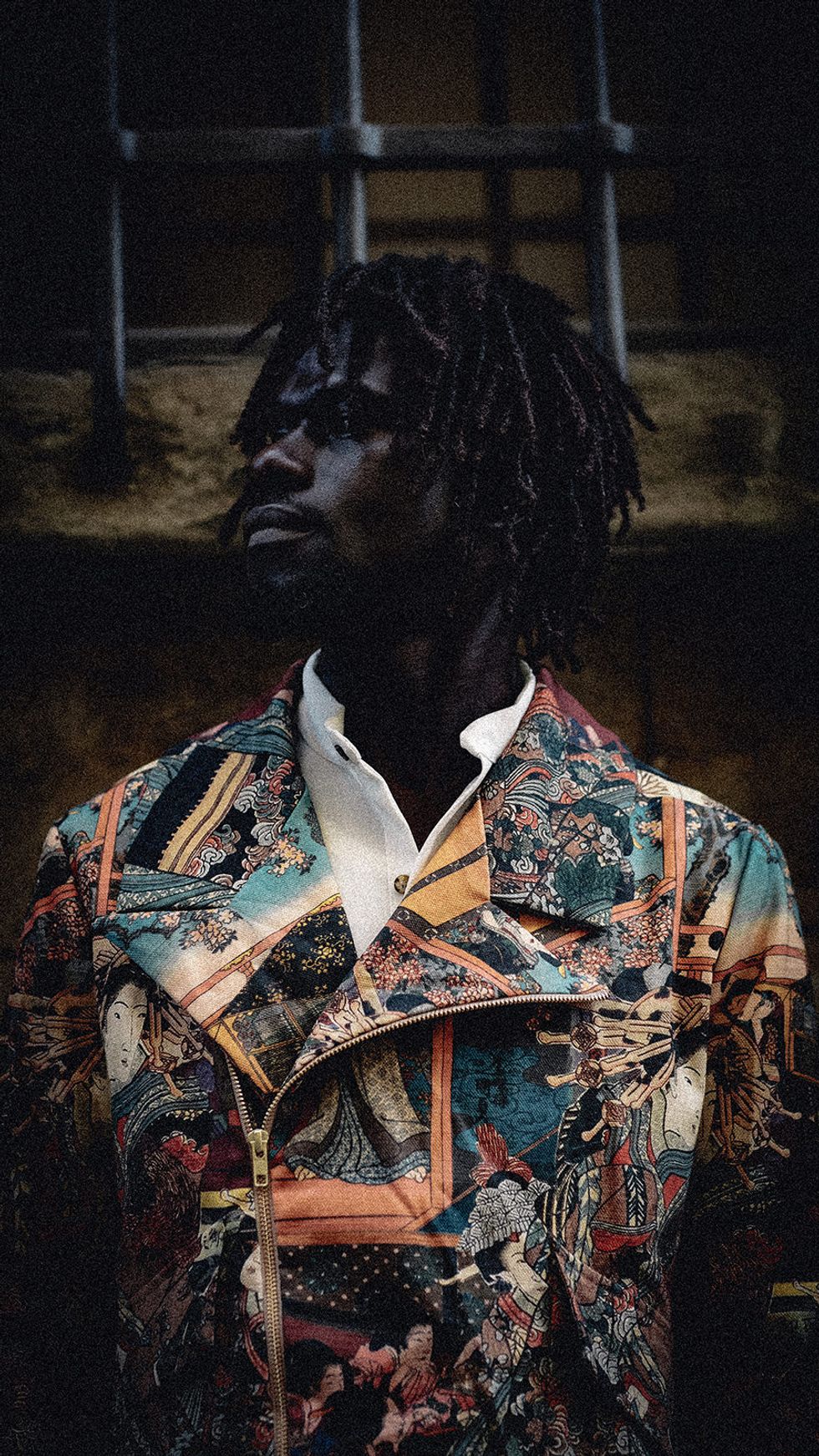 While shooting his new editorial in Florence, the musician and lawyer turned acclaimed menswear designer, Walé Oyéjidé, noticed a crowd had gathered to watch. They had many questions.

“Italy is not as integrated as the US,” says Oyéjidé. “People are not used to seeing a group of African guys in the city wearing suits.” More often, he says, African men are seen as peddlers selling bags and trinkets on the corner. Instead, the crowd wanted to know “who the celebrities were in their fly clothes.”

The creative director and designer behind Ikiré Jones, Oyéjidé found the first-time models through a local settlement organization that houses asylum seekers. Each of the men in this editorial debuting his Fall 2016 collection had come to Italy fleeing oppression in their home countries. Without delving into each model’s individual stories, Oyéjidé wants to make a greater point about the lives of migrants, reframing them not as “invaders” but as real people.

“We’re showing an elegant and more humane side to people—not just a headline, not just statistics but complicated human beings with stories and reasons for doing what they do. Dudes like you and me.”

The Ikiré Jones collection combines the lines of classic menswear with bold ankara prints and unique details, a look that manages to both fit in and stand out at an event like Florence’s Pitti Uomo—the Mecca of menswear—one of the biggest and most respected fashion events in the world.

“I thought it was important for many reasons to put them in front of the camera, not as props, but to convey their unique perspectives,” Oyéjidé says of his models. Many western designers use Africa and Africans as backdrops. By placing “an emaciated model wearing high fashion in front of country people in some remote village” says Oyéjidé, these designers fail to give Africans agency.

“There were also other underlying issues I wanted to address—the lack of black models in high fashion, the lack of employment opportunities given to migrants/asylum seekers from all over the world, and also providing an opposing view to the negative portrayal of migrants in the media. It was a multi-layered concept,” he says.

Through the editorial shoot, and the show in which these models also walked, Oyéjidé is also making a point about overcoming the lack of diversity in these spaces. So, while the high-fashion world defends itself by claiming to have a hard time finding black models, Oyéjidé—a Nigerian-born American—“can hop off a plane in Italy and find attractive looking black men living in the area” and do great work.

Oyéjidé hopes that the new models, whom he takes pains to mention were paid properly for their work, could use the experience to start careers in fashion or not, but at the very least work and have an outlet for self expression.

“I wanted to make sure I also did something that was of real significance,” he says of his first fashion show at Pitti Uomo.

Ikiré Jones was in Florence as part of the Ethical Fashion Initiative. Right now you can find his clothes in select boutiques in Japan and online at ikirejones.com.

Photography by Neil Watson of 10Leaves