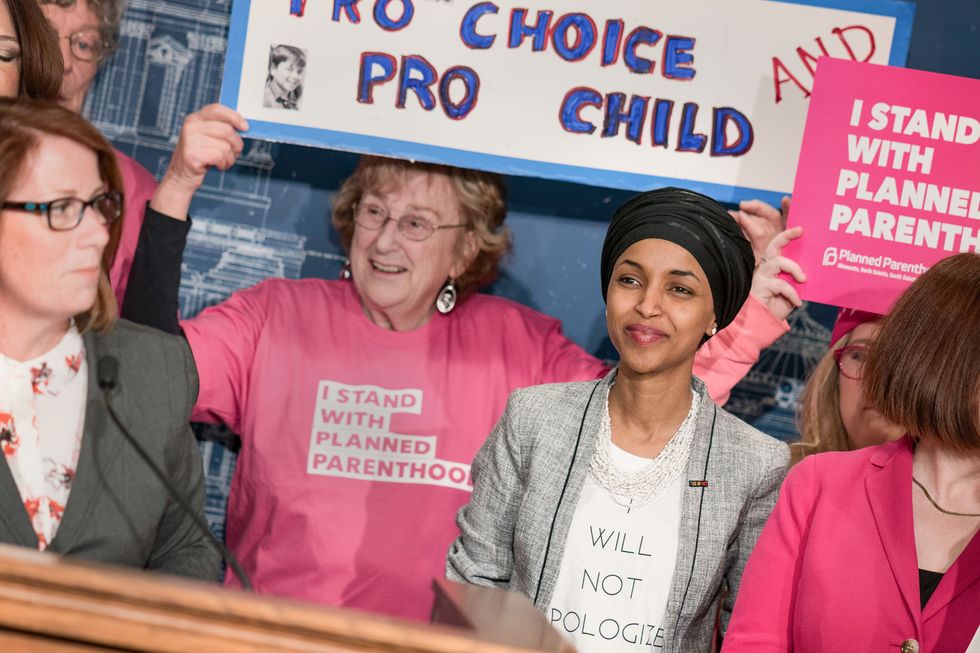 The first Somali-American legislator had her event with Rashida Tlaib interrupted by anti-Muslim activists including the Laura Loomer.

Last year we wrote about howIlhan Omar defeated the longest-serving member of the Minnesota House to become representative for Minnesota's District 60B. In the process, she managed to increase youth voter turnout in her district by 37 percent. Now she's taking that youthful momentum to the national stage, running for the congressional seat vacated by Keith Ellison.

Born in Somalia and raised partially in a Kenyan refugee camp, Omar is running on a progressive platform and claims she will bring the voice of refugees to Washington. She has been endorsed by rising-star-of-the-left Alexandria Ocasio-Cortez and supports popular policies like medicare for all and cancelling student loan debt.

Ellison, the first Muslim in Congress, also found electoral success in the district as an advocate for progressive politics, although his campaign for Attorney General has been disrupted by recent allegations from a former girlfriend of physical and mental abuse.

Local news is reporting that primary voting is heavy—typically a sign of change.

Here she is telling Minnesota Public Radio on why she's running for Congress.

Over the weekend, Omar and another midwestern Democratic rising star, Rashida Tlaib, were accosted by islamophobic alt-right activists at a campaign event at Minneapolis' Holy Land deli where their speeches were interrupted by shouting about racist tropes like "sharia law" and "support for Hamas." In response, the crowd of supporters chanted "Time for Ilhan."

The Minnesota primary results will be available later tonight.