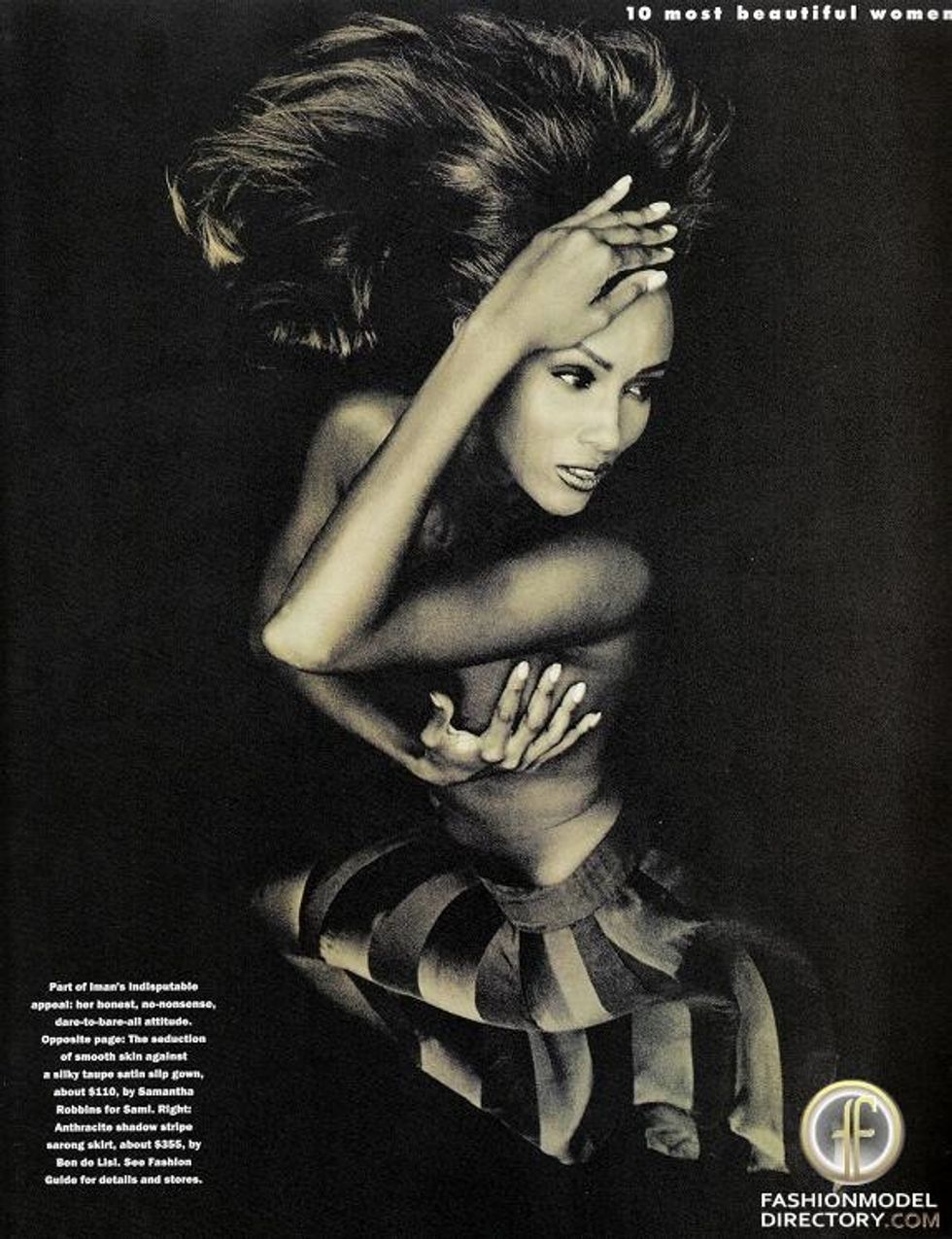 Somali-born Iman Mohamed Abdulmajid, better known as Iman, initially got scouted by American photographer Peter Beard. She was a perfect find at a time when models of color were barely visible in the fashion industry, Beard had a great vision; lo and behold it did not take long Iman long to end up becoming a fashion icon. Her features, face, natural beauty, tall stature, grace and elegance aided her in taking the fashion world by storm.

A muse for many designers and photographers, Iman was there at the right time and opened a path to black models and models from the continent. She worked with some of the biggest names in the industry including Calvin Klein, Issey Miyake, Halston, Gianni Versace, Donna Karan, Yves Saint-Laurent, Annie Leibovitz, Helmut Newton, Irving Penn and Richard Avedon. Designer Yves Saint-Laurent once said, "My dream woman is Iman."

No doubt, she has a quality you can't really teach: charisma. Iman achieved a lot for herself and the community. She started a cosmetics company that facilitates access to make-up and foundations, with a focus on dark-skinned women. After being approached by Home Shopping Network's (HSN) CEO, she created a clothing line inspired by her childhood in Egypt and modeling time with designer Halston. Her first collection Global Chic had tremendous success and is one of the best-selling of over 200 brands featured on HSN.

Iman was honored by the Council of Fashion Designers of America (CFDA) with the "Fashion Icon Award." She partakes in humanitarian work as a spokesperson for the Keep A Child Alive program and is involved in others organizations including the Children's Defense Fund, Save the Children, and Enougha Project.

A top model, actress, fashion designer, and business woman, Iman will always be an inspiration. See some of her best shots above. WARNING SOME ARE NSFW.