In Conversation: Sisonke Msimang Wants Young South Africans To Always Ask, 'And Then What?' 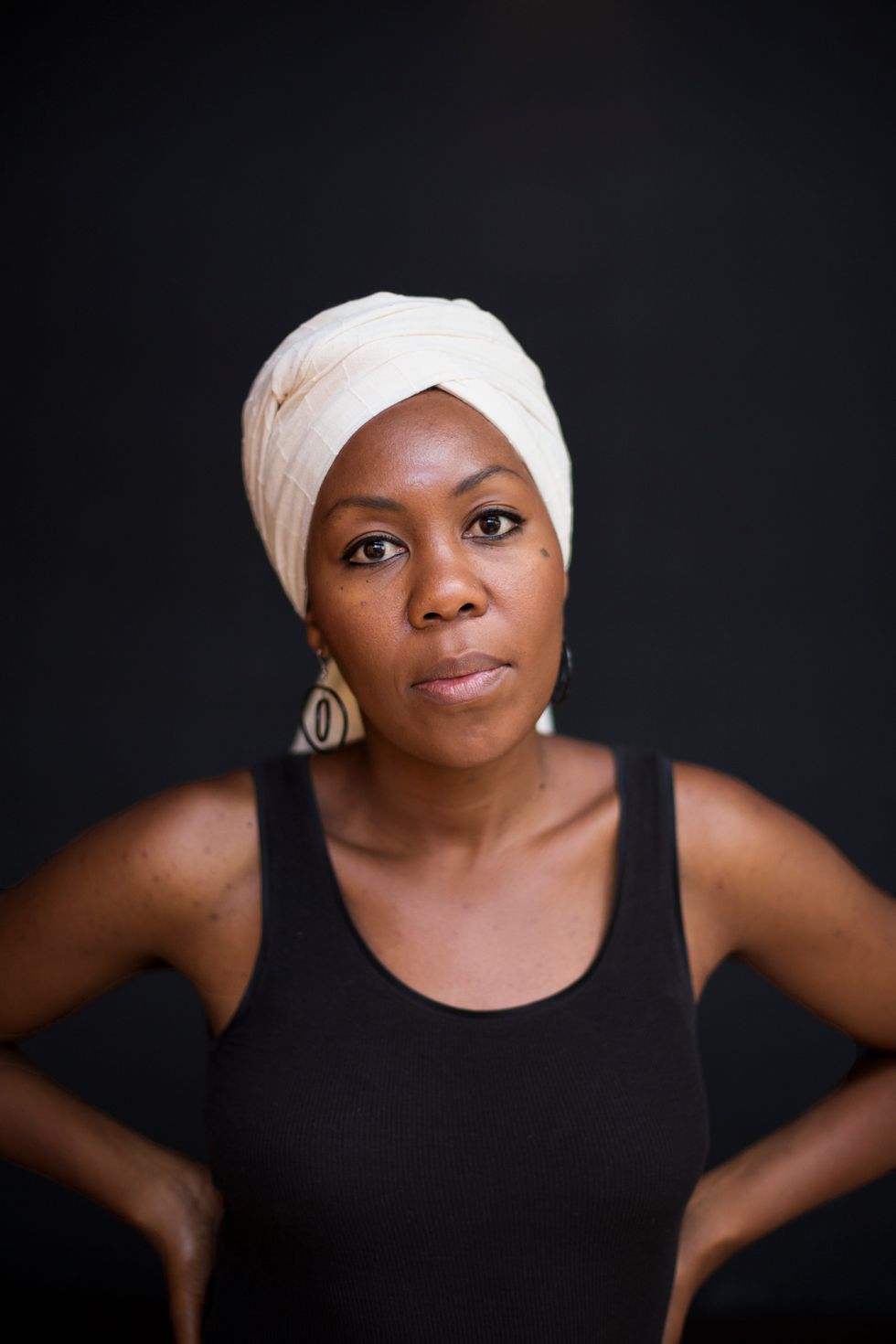 We speak with the South African critic and author to learn more about her literary debut and memoir, "Always Another Country."

We rarely hear about the stories of the children of revolutionaries.

Their perspectives not only give us another lens through the lives of their parents, but also their own regarding how they fit in the world post-struggle.

South African critic and author Sisonke Msimang is one of them, and her memoir, Always Another Country, is an opening to learn of her constant search of belonging and identity. Msimang was born in exile to her South African guerrilla father and her Swazi mother. From living in places including Zambia, Kenya and Canada in her formative years to eventually return to South Africa, the Australia-based writer's worldview and political awakening has been met with comforting complexity that many of us young Africans living away from home—on the continent and in the diaspora—can relate to.

Her literary debut, which took three years to complete, is a riveting story of Msimang's life story with her political awakening that formed while abroad, her euphoria that came with her return to her home country, and her anticlimax with the new elites of South Africa. Ultimately, she eloquently provides a testament to sisterhood and family bonds.

Prior to her release of her second project, a book about Winnie Mandela, we speak with Msimang on the intergenerational exchange between South Africans impacted by apartheid, the importance of questioning everything and more.

Antoinette Isama for OkayAfrica: At what point did you realize that you were ready to tell your life story in book form?

Sisonke Msimang: My journey of writing started pretty late in life—I used to do work in the human rights field and then in my mid-to-late 30s I decided that kind of activism wasn't necessarily getting the reach I wanted. The commentary pieces [I wrote] were fantastic and they were getting good pickup, then I started writing more long form essays. I felt like the next logical challenge, just personal challenge for me as a writer, would be to see if I could do a book.

On the one hand it was really just a personal goal setting. You always want to see what can you could do. It felt like the easiest thing was to write a memoir because I didn't have to go out and do any research because it was myself. Because I'd grown up in so many parts of the world, people have always said to me, "You should write a book."

Right. And that stems from the book title.

I've found the work to be digestible so far with language I can process—it's relatable. I just get this sense that you're trying to process your experience being a South African woman who's a product of revolutionary work in a country that's not that old at all—especially since apartheid is still very fresh. A lot of young South Africans that engage with us at OkayAfrica have been navigating that in a sense too. What are a few things you want them to take away after reading your memoir, in terms of how you're continuing to process how you fit in pushing South Africa forward to where it needs to be?

The born-free generation, the generation that comes right behind me, are in their 20s now. My parent's generation helped to shape the way South Africa looks today. And then the new generation is helping to shape what the future's going to look like. I feel like I very much belong in between generations where you could choose which way you want to go. So I think a lot of my peers have opted to become part of establishment organizations and part of the mainstream script and uphold pretty conservative values; respectability politics. 'Cause that's how many of us were raised. Then I think there's a very visible group of people, mainly women, but not only, who are my age and who are writing against that—who have chosen a different path. I think the reason we're visible in the South African context is because we're different. We're outliers in that sense. But partly also because there's so few of us.

I relate a lot to younger people in South Africa, but at the same time I'm not their age mates. So there are ways in which I have a perspective on the arc of history that's slightly longer than theirs. What I hope they take out of the book is to challenge themselves to always be complex, to never succumb to the easy answer. In South Africa it's very easy to—and in America; lots of places at the moment—arrive at the easy conclusion. And the easy conclusion is we live in a racist society and therefore it's easy to say that we are a divided country and then to accept that division.

So at the moment, I think there's this really interesting way in which young people are very cynical about race relations. Part of being cynical about race relations is to be able to signal that you understand that white people are racist, you understand that the racist power structure stays in place. But it stops there. I would hope that reading my book helps people to think about, "And then what?"

If we have the analysis that tells us this is the racist power structure and that racism continues to flourish in South Africa, what does that mean? What do you do about that? I think in a place where there isn't much leadership of what to do. You know, Nelson Mandela had one answer which is that we love white people into being ashamed of themselves. I think that has not been a satisfactory approach for a lot of younger people, my generation and younger. So what's the alternative? I think the alternative cannot be cynicism—it has to be something else. I think that's the question that they have to answer for themselves. My answer is very clear. I live a life that's very complicated. I often refuse to choose. So even the title of the book is Always Another Country because I'm always adding rather than choosing.

Yeah. You know what I mean? I don't want to ever have to choose that I only belong in this one place or that I only subscribe to this one view. I think that the more layered and complex we are as people, the more chances we have to figure our problems out, whether it's climate change or whether it's racism. Like the large seemingly intractable problems in our world are not solved with a single answer. There's always another angle. So I hope that young people in South Africa who are reading this book are like, "Oh my God that's complicated. I don't know what to think of her." If someone finished my book and is like, "I loved her mom." All of that is great. I love those compliments. But ultimately, what I want them to be like is, "Huh. I don't know what to think." That's when the job is done.

To kind of expand on that thought, how were you able to streamline that through your layered perspectives of being a child in exile, and how that exiled life can tend to be glorified?

I think that if your approach at life is to constantly think about what's happening underneath whatever appears to be, then it's hard to glamorize. Then the glamor falls away 'cause you're looking at all the different layers. Of course in post-apartheid South Africa, one of the things that has happened is that people who grew up in exile were glamorized and the idea of those who were revolutionaries has been taken up as this elite class of people. In fact we have become elite. Many of us who came back had the advantage of education, of international exposure, of the ability to speak what are considered to be global languages. A global language is not Fante or Swahili. Although it should be a global language as French or Spanish.

We came back with those advantages because we were exposed to the world and we had education—so it was easy for us to get jobs. And then we know one another because if you weren't together in exile you certainly knew of one another because it was a network of families that was much smaller than the however many million people were back home in South Africa. So there's a lot that's real about the exile community which is part of why I wanted to, in some ways, un-glamorize it, but also I don't believe in being defensive. I think it's really important to own if you have privilege—it's really important to put it out there. There's no basis for a trusting relationship to work out the issues that plagued us as a nation if not everyone is being equally honest with one another. So my honesty is around my class, just as I expect white people's honesty to be around their race privilege. They always bring it to the table but I can't hold them to account for it if i don't bring that to the table. So that was part of what I'm interested in exploring around the exile experience.

Alongside engaging you memoir with people in the diaspora, what have your conversations been like with readers based on the continent?

Africans are mobile, right? We move, for whatever reason. So my particular experience of moving because of exile was one thing. But people move. Africans move both between the diaspora in Western countries and back home within Africa, and in very similar ways to me growing up. I'm certainly not an outlier in that sense, and it's been really interesting how many people can just relate on that level to across the continent. That's been nice to see.

To keep up with Sisonke Msimang, follow her on Twitter and revisit her TED Talk, 'If a story moves you, act on it,' here.