In Conversation: The Founder of Afrobytes Tells Us Why the World Needs to Focus on African Tech 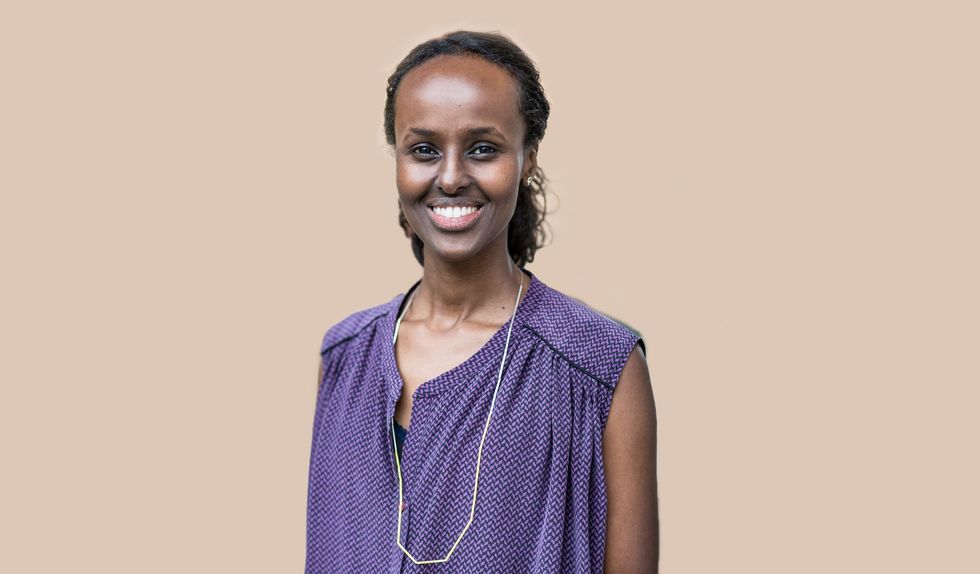 We talk to Haweya Mohamed, one of the founders of Afrobytes, about the work they're doing and what kinds of tech innovations Africa can offer the world.

PARIS—Afrobytes is a technology conference for Africa co-founded by Haweya Mohamed and Amin Youssouf with the ambition of being a technological innovation hub between Africa and the rest of the world and to extend a marketplace for African technologies.

“Europe tends to look at Asian tigers and Silicon Valley while ignoring Africa" Mohamed tells OkayAfrica in an exclusive interview. "Africa has to get involved in that business competition.”

Mohamed was born and raised in Fontainebleau, France. Her parents migrated to France in the early 1970s from Somalia. After getting her masters in communications her work in international broadcasting led her back to the continent of her origin. This helped her see Africa as a continent of opportunity instead of the "dark continent" as it was perceived growing up in Europe.

We reached Mohamed at Afrobytes headquarters in Paris where she shared her ambitions for a Silicon Africa that can boost the technology revolution on the African continent and catch up with technology in other parts of the world.

OkayAfrica: As an African raised in the diaspora what was your motivation to go back on the continent and start Afrobytes?

Haweya Mohamed: I grew up with my three sisters and brother in Fontainebleau where we were the only Africans. My mother raised us as a single mom because my father passed away when I was two years old. She has influenced my career even if she has no idea about information technology. I have always admired her strength and determination—she made things happen alone. She sent me to school and I studied with an ambition to become an English teacher, but as you know, sometimes the visions change as we grow up.

In childhood, I remember asking myself what I could do for my continent. I used to think about that while going to school. Using the example of my mother, I thought that I could start a project or company that would empower women in Africa. My field of expertise is communications. After I got my masters, I went to England where I worked with Endemol for awhile.

In 2014 when I went to work in Casablanca in Morocco, I saw many global companies coming and opening their headquarters there. I thought that there might be some opportunities there that so many in Africa didn't know. I met some Africans, mostly Senegalese, who discussed the opportunities in Africa and I learned a lot about the continent.

When I came back to Paris I met Ammin Youssouf who used to be a CEO of an advertising agency. He worked with Ferrari and he is very active in Information Technology and media in France. We shared our experiences in Africa and decided that maybe we should use technology to show another side of the continent. Here in France, many look at Africa as a place of misery and drama and nothing positive. People are skeptical about the innovation in Africa.

In November of 2015 we started Afrobytes and went to different African countries to explore more about the technological progress. We asked Africans what they needed in order to catch up with the developed countries in terms of tech. So, many people in the countries that we visited were impressed by our initiative because they often meet people from other continents who dictate to them what they need, instead of listening to them first.

Among the things that they needed were visibility, partnership, and financial empowerment. From these ideas we had an idea to create the opportunity for African innovators through the regular conferences and exhibitions where they can show to the world their products, talents and find solutions to their needs. There are so many people in big cities like New York, Paris, London, Berlin and others who would love to invest in African technologies, but the huge hindrance is often the lack of information. We want to create the bridges of technologies from Africa to other developed countries.

OKA: How is Afrobytes facing the challenges and opportunities for information technology in Africa?

HM: We have already identified different regional tech-hubs in Africa that we are in touch with who are building a strong network and doing research. Since we have started this initiative we have seen a big change in African information technology. We are making a difference by promoting a culture of business in order do away with the old culture of aid for Africa. I watched TV here in France and saw someone joking about mobile money, but it is a technology that is working well and making lots of money on the continent.

OKA: So, what kind of technologies made in Africa do you want to help bring to market?

HM: There are plenty of technologies that we can bring to the market from Africa that Western countries haven't yet adopted, including mobile money; the M-KOPA energy initiative in Kenya which recently invented a solar TV; MSPs from South Africa and plenty of other innovations in African technology. In the past we always heard of North-South cooperation but this time Afrobytes is facilitating South - South cooperation.

OKA: What kinds of achievements have you had with Afrobytes?

HM: We still have a long way to go, but we are proud of our achievements. The important thing that we have learned is that the world was in need of our services—we hosted more than six hundred representatives and interestingly some big western companies were surprised to see lots of technology innovations from the continent. The western world of technology and big international companies were impressed by African innovations in this domain. On the other side, some Africans in the diaspora and European citizens who have the roots in Africa were inspired to invest in African technology. That is Afrobytes mission, to start the revolution in the world technology business— showing what Africa can contribute. That first edition was about building momentum. Now we are creating the bridges to future generations. Nobody can hold your future in his hand. We need to take control. Africans need to know their needs and decide their future.

OKA: Africa has natural resources but it is behind in industry and infrastructure. Africa has fertile soil but many are still suffering from hunger. What will Afrobytes do to help face these challenges?

HM: Today we have a billion and a half people on the continent. Africa is still facing challenges that colonialism left to us in education, politics, infrastructure, conflict and so on. That was the legacy of colonialism. If we invest in African technology it will boost all these sectors—an African renaissance. The agricultural production that Africa could not sell because of the lack of infrastructure, can be sold because of the information technology. Youth using the technology will be able to influence the political decisions about their future, the women will be able to share their experiences about their role in the worldwide community and we will deal with all these problems through African technology as a solution of the world's problems.

OKA: You said the first edition of Afrobytes was very productive. What’s next?

HM: The next conference is in Paris from June 8th to 9th. This one is going to be more than a conference—this one will be dedicated to professionals; the audience will be as qualified as speakers. The most important thing will be to bring African technology to the world of business. We will bring together investors from Silicon Valley, Asia, Europe and all over the world who are interested in African technology and we will show them the best tech talent Africa has to offer.

OKA: How will Afrobytes engage the African diaspora in that process?