Op Ed: In Defense of the Black Boogeyman 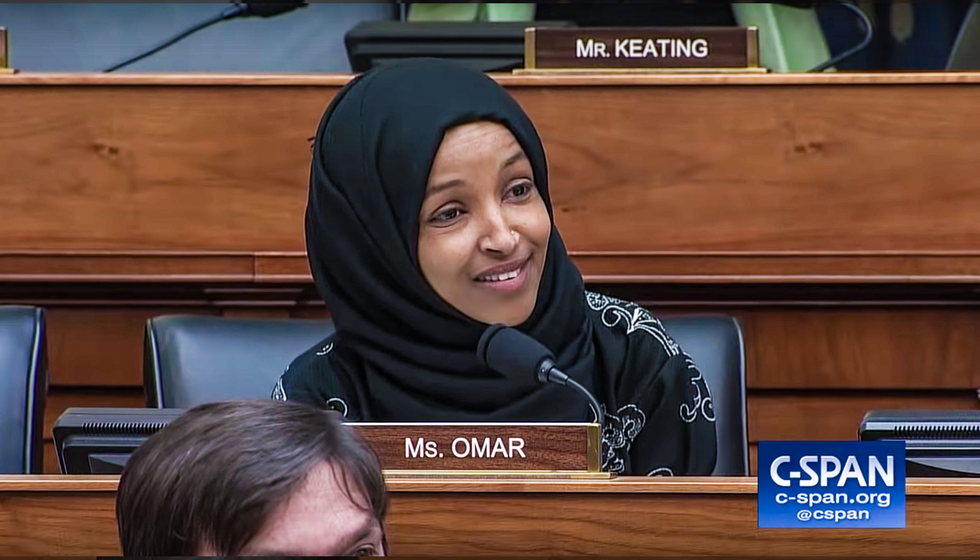 American congresswoman Ilhan Omar, is being accused of anti-semitism after tweeting criticism of pro-Israel lobbyists last week and saying that American support for Israel is "all about the Benjamins." While this brought on criticism from the Democratic Party and many members of the Jewish community, many other members of the Jewish community and others on the left argue that she didlittlewrong.

Most galling, perhaps, have been the calls for Omar's resignation from Congress by members of the Republican Party who, somehow are claiming the moral high ground on anti-semitism despite offering a welcome home to unrepentantly racist president, Klan members, neo-Nazi sympathizers, and virulently anti-semitic ideologies and individuals alike.

But the storm around Omar's questionably worded but not factually incorrect tweet about the American Israel Public Affairs Committee and the American right wing's financial influence on political activity has been particularly disconcerting. And it's because of the long standing trend of demonizing and very publicly punishing Black dissent, particularly as it relates to Black people speaking in public support of Palestinians.

There has been a recent trend that positions Black people as "the new face of anti-semitism." This accusation is relatively far-reaching, from crassly accusing Black Jews of wearing "Jewface" for speaking about anti-blackness and erasure within Jewish communities to Tamika Mallory's refusal to denounceLouis Farrakhan to Alice Walker's unfortunate endorsement of anti-semitic conspiracy theorist David Icke to any one of the hip-hop lyrics that include some variation on "Jewishmoney." It should go without saying anti-semitism is condemnable from any and everyone, even other racialized people. And in reactively careening from one incident to the next without anchoring in analyses of power, we fail to recognize distinctions between anti-semitism from Black people and from whites. And so we remain unsuccessful in properly combating either.

James Baldwin wrote: "In the American context, the most ironical thing about Negro anti-Semitism is that the Negro is really condemning the Jew for having become an American white man." The adoption of harmful anti-semitic stereotypes that have become a feature of Black colloquialisms (because they are so prevalent in the broader American psyche) is a product of Black misunderstandings of race and white identity: of incorrectly believing the white skin of many Jewish people protects their communities from racial violence and discriminations even as it does afford other social benefits.

A refusal to animate the Black boogeyman at the center of right-wing political imaginations is an affirmation of our commitment to social justice.

And so while Farrakhan is a contemptible individual who remains unfortunately relevant, his vile and unapologetic anti-semitic language cannot be positioned as functionally equivalent to, for example, the unconscionable acts of racial terror at the Tree of Life Synagogue in Pittsburgh. In that case, the murderer, Robert Gregory Bowers, was explicitly motivated by conspiracy theories about a mythological white genocide in the United States, a myth that has managed to migrate to this country from South Africa. Bowers' suspicions were affirmed, apparently, by the synagogue's participation in the Hebrew Immigrant Aid Society and support for the large group of Central American migrants traveling northward to seek asylum in this country. "HIAS likes to bring invaders in that kill our people. I can't sit by and watch my people get slaughtered," he wrote online before his own acts of murder.

The collapsing of support for Palestine into a broad hatred of Jewish people (and the racist use of the state of Israel as a proxy for the Jewish diaspora) has been deliberate. This is a political conflation that is championed most prominently by the Christian right whose concern for Israel is driven by geopolitical and religious motivations rather than any kind of actual concern for the safety and well-being of Jewish communities. There is also a deliberate isolation of support for Palestine from broader oppositions to far-right nationalism, racism, and [settler] colonialism in reducing Israel/Palestine to a single nation-state issue. Anti-semitism and anti-blackness are linked to one another through violent Christianity and European colonialism that constantly seek to "other" communities based on some essential racial identity. It is nonsensical to oppose one without vehemently opposing the other because, as Frantz Fanon wrote: "The anti-semite is inevitably a negrophobe."

The dragging of Omar is situated into a broader international right-wing strategy of fracturing whatever exists of a political left by playing on reactions to her tweet's language, as well as her positions on Palestine and Venezuela. During a meeting for the House Foreign Affairs committee (of which she is a member), Omar relentlessly pressedElliot Abrams, America's special envoy to Venezuela, on his record of supporting interventionist foreign policy in a way that was uncharacteristically brave by Democratic Party standards.

Abrams previously served as Assistant Secretary of State in the Reagan administration, and during his tenure, facilitated and covered up US-sponsored mass atrocities in Guatemala, Nicaragua, and El Salvador. His name has become a synonym with bloody regime change in Latin America.

American public politics revolves heavily (but not exclusively) around an idea of citizenship that excludes and criminalizes Black people. It invites people to participate in our public disciplining and Omar's Somali, Black Muslim, and refugee identities make her a beautiful target for bipartisan political point-scoring.

Because our politics are not proactive, international, and liberatory in nature, the weak American left is constantly goaded into political arguments on the right's terms. A refusal to animate the Black boogeyman at the center of right-wing political imaginations is an affirmation of our commitment to social justice. It is a commitment to the possibility of a just world that has not yet been foreclosed, a world where the safety and self-determination of Palestinians, Afro-diasporans, Muslims, and Jewish people are not at odds with one another.