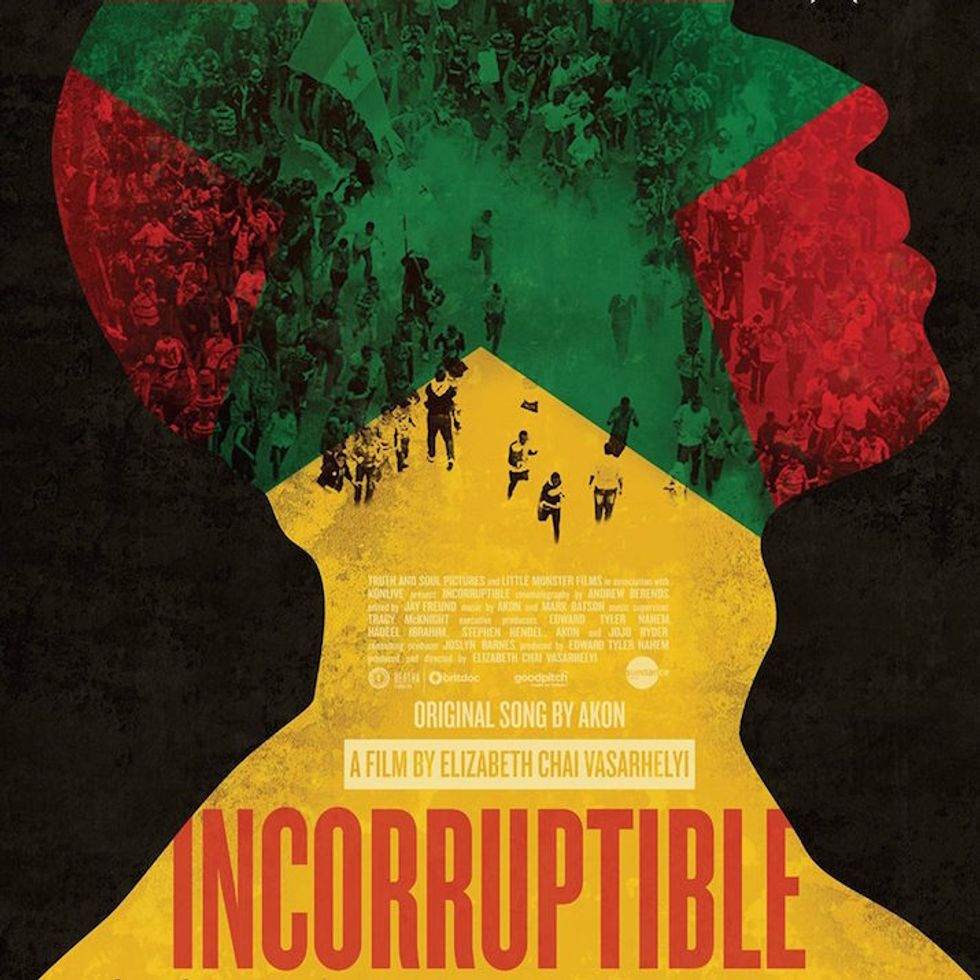 Incorruptible is a new documentary feature from director Elizabeth Chai Vasarhelyi (Touba, Youssou N'dour: I Bring What I Love) that traces events surrounding Senegal's tumultuous 2012 elections. The 90-minute film goes behind the scenes of the Y'en A Marre movement, which formed in opposition to ex-president Abdoulaye Wade's attempts to remain in power for a third term. Led by Senegalese artists, activists and journalists, Y'en A Marre was particularly influential in garnering voter interest among the youth. The documentary follows the main players of the election period (in which 14 candidates ran for president), including the incumbent President Wade, opposition candidate Macky Sall, music superstar Youssou N'dour, and the Y'en a Marre movement.

The film, which debuted yesterday (June 9) at the Sheffield Doc/Fest in London, will be making its North American premiere on June 14th at the Los Angeles Film Festival. Watch the trailer, featuring an original new track from Akon, and see below for the film's official synopsis. Keep up with Incorruptible on Facebook and Twitter.

In a country where 70% of the population is under 30, the Y'en a Marre (Enough is Enough) movement caught fire. After 12 years of corruption and nepotism, of high food and gasoline prices, of constant power outages, and schools shuttered because of striking teachers, the constitutional crisis had become the last straw for the people of Senegal. 14 candidates ran for President.Engaged with other youth movements around the world, Y'en a Marre learned hard lessons from the Arab Spring, and responded to the situation in Senegal by calling for the restoration of accountable representative democracy. Senegal's rich cultural tradition fed a movement – led by these artist activists to register over 300,000 new voters, and rally people to the polls. More people voted in this election than ever before in the history of an independent Senegal.
Macky Sall, the candidate who ran on a platform of reform and anti-corruption, won. Y'en a Marre now wrestles with how to hold the newly elected President to his campaign promises. The film explores this transition and the question: after you unite against something, what do you then unite for? In a time where democracy is under siege in many parts of the world, Incorruptible offers a positive, hopeful example while at the same time honestly examining the sustainability of a peoples' movement, and the role that youth are taking in shaping the future of their own country.