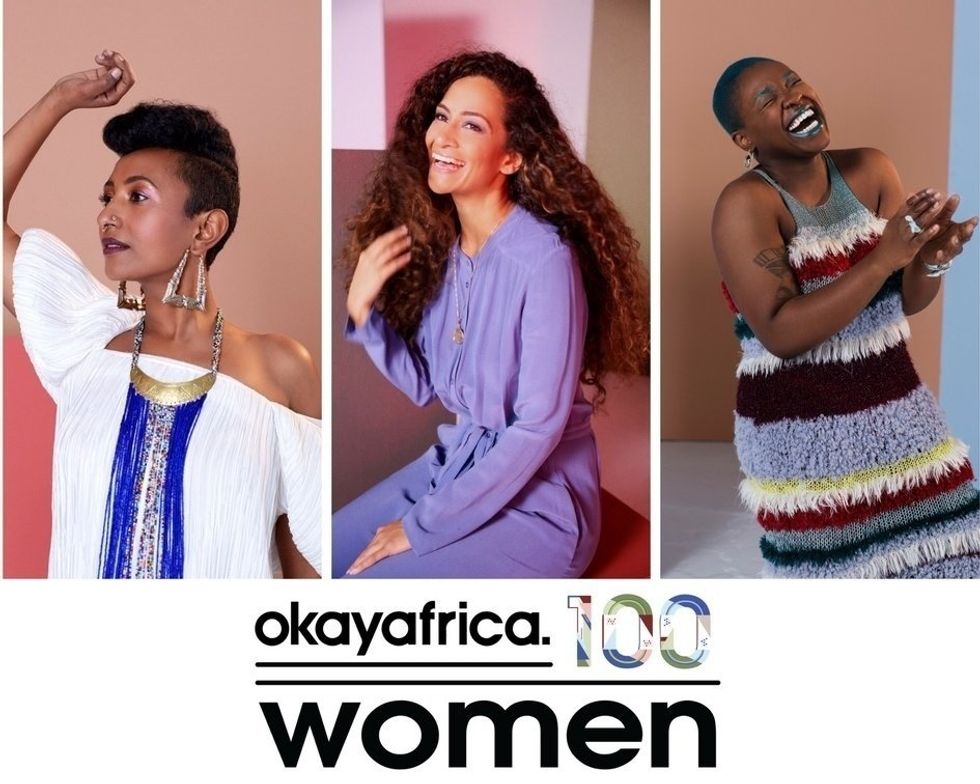 We're celebrating 100 African Women throughout the month of March.

There are too many women to count from the continent of Africa and its diaspora killing the game. Across genres, in every profession, around the globe. And every March, we take on the daunting, albeit rewarding, task of narrowing down this countless number of leaders and change agents to just a handful of honorees to feature on our 100 Women list.

We sort through nominations, pore over the latest news, and research shining stars in the specific genres of music, TV and film, politics and activism, business, fashion and beauty, art, sports, STEM, media and literature. We have heated debates, vote and revote. All to pay homage to this year's vanguard, a front line of African women ushering in innovation, advancements and, in all cases, completely overhauling stale perceptions of what exactly it means to be an African woman in any setting.

This year's collective touts a host of trailblazing pioneers from the women of the Nigerian Bobsled Team, Seun Adigun, Ngozi Onwumere, Akuoma Omeoga, who made history in their unprecedented journey to the 2018 Winter Olympics, to Tony, GRAMMY and Emmy Award-winning phenom Cynthia Erivo and more.

These women were not only handpicked for their utter excellence; we gauged their impact and influence, and this year, we hone in on the component of community building. It is one form of admirable triumph to pull oneself from the rubble, out of unfavorable circumstance, away from persecution, abuse, war... It is something else and altogether superhuman to run back into the settling dust to save others, in their communities, their countries, their continent and the world.

In short, they are superheroes. No, not from Wakanda. But from Lagos, Somalia and Sierra Leone, Botswana, Dakar and Nairobi to name a few. We at OkayAfrica are honored to uplift them and add to the growing number of collective 100 Women honorees for a campaign that last year successfully reached 72 million people. 72 MILLION. And each of those people received the same message:

African women are no longer requesting seats at the table. You might want to see about getting a seat at ours.

We've created a special hub at 100Women.OkayAfrica.com for you to follow along on this journey throughout the month of March as we roll out profiles, images, videos, q&a's and a number of other content we've created with these extraordinary women.