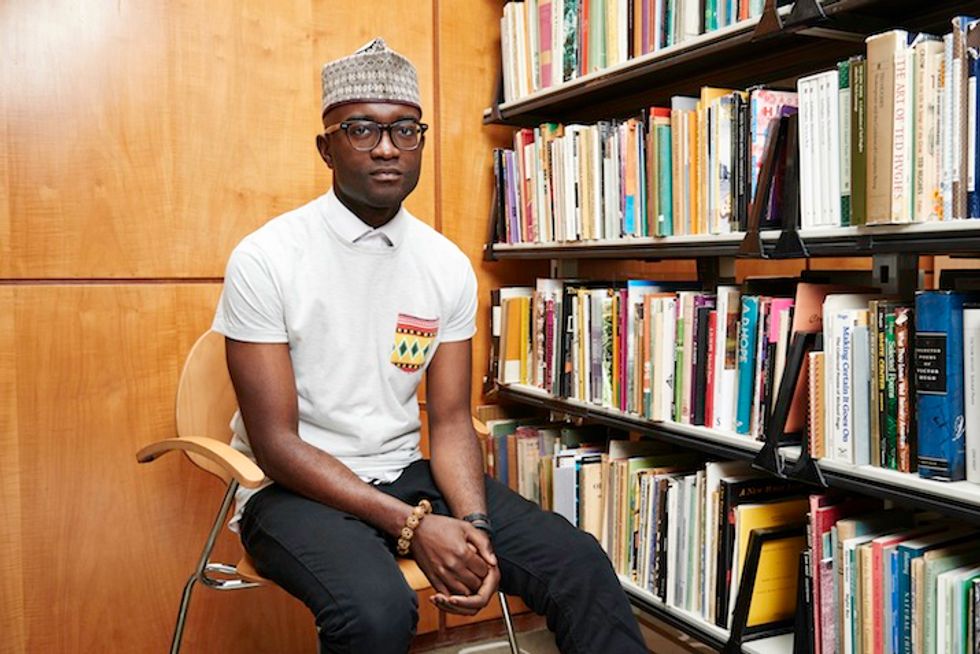 This morning Nigerian-born, London-based word/graphic artist Inua Ellams reached out to us on twitter with a poem he wrote for Baga. The piece, Nigerian Pastoral, is part of Ellams' ongoing project in which he resets existing poems in Nigeria. With the latest in the series Ellams re-imagines Gregory Djanikian's Armenian Pastoral as a somber reflection on the recent tragedy in Baga. "My father was a Muslim when he married my mother who was a Christian and we lived in Jos, Plateau State in northern Nigeria," Ellams told Okayafrica. "I was born into conversations about Christianity and Islam, over which sat better with the soul of Nigeria and with my family. As a kid, I knew the core similarities better than I did the differences, to such a degree that I saw no major conflicts between the faiths and went to the mosque as often as I did the church. Seeing the rise of the extremists and what has become of the towns and the places I grew up in has been heartbreaking and I think of the innocents caught in the crossfire, of those who are as I was. This poem is an attempt to shed light on who those innocents might have been, and further to raise questions on why the recent tragedy in Baga was largely ignored by mainstream western news outlets, if there are racial undertones at play." Read Ellam's poem for Baga, Nigerian Pastoral, in full below.

If Adamu were leaning against a wall

when trucks screeched to a halt

and Adewunmi were writing her name

in sand, dragging the small stick

when the magazine clicked

and Afoaka were hushing her twins

waving the straw fan back and forth

when the first shots rang out

if Aliyu barefoot by the oranges

were squeezing each fruit for ripeness

when the bullet shattered his cheek

if Akarachi refusing to run

were praying in his room

when the rocket struck the roof

and Azuba in her new hand-stitched hijab

were tucking away stray wisps

when the blast ate her skin

How long would it have to go on then

beginning with A and spilling over

into all the alphabets

could bear the same weight

in any faith, in any race,

be mourned with the same tongue.

Follow Inua Ellams on Twitter at @InuaEllams. For more, read our February 2013 interview with Ellams, "Poet Inua Ellams Returns to Nigeria For the First Time in 16 Years."