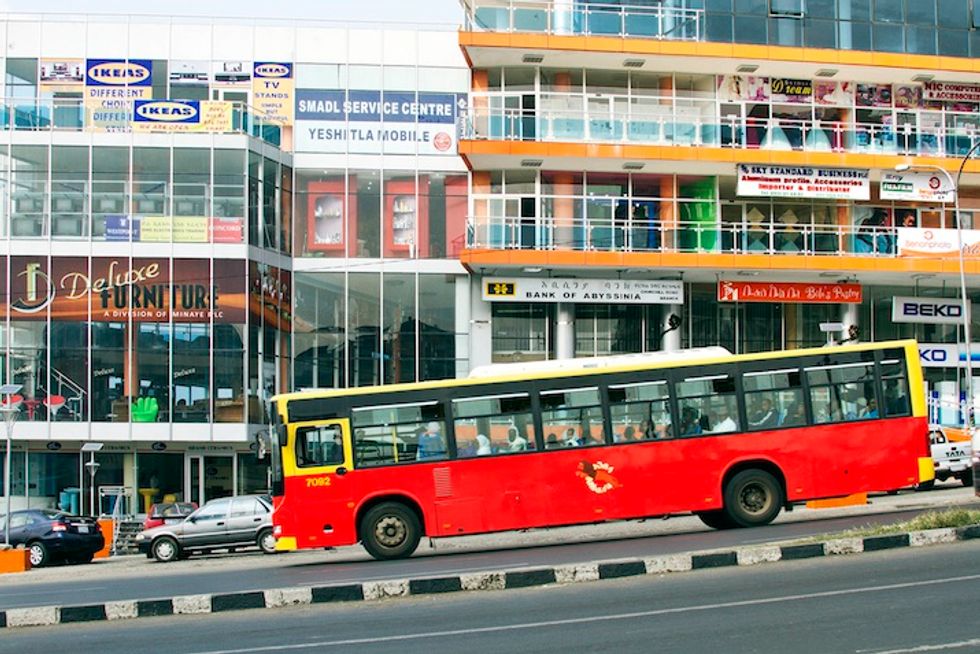 The Invisible Borders artist collective's 'Trans-African Worldspace' is on view at the 56th Venice Biennale.

All images courtesy of Invisible Borders

Last year Okayafrica contributor Mzwandile Sibanda spoke with the Invisible Borders artist collective about their work exploring questions of migration and movement on the continent. Composed of African photographers, writers and filmmakers, the project began in 2009 as a series of road trips within the continent. In 2014 the group set out on their first transcontinental road trip, which saw the nine-person team travel from Lagos to Sarajevo using one of the world’s most controversial migration routes from Morocco into Spain.

After five years of hitting the road, Invisible Borders recently brought their work to the 56th edition of the Venice Biennale, where they're one of 136 artists and collectives selected to participate in the main exhibition at the Central Pavilion (21 of which are African). Titled A Trans-African Worldspace, the presentation consists of photos, videos, writings and recordings from artists involved with Invisible Borders' endeavors over the years.

According to Nigerian writer and Invisible Borders member Emmanuel Iduma, “A Trans-African Worldspace is incepted at the moment the experience of travel across African borders intersects with an idiosyncratic interpretation of it," he writes in a statement included in a press release. "Artists and writers who travelled as part of Invisible Borders did not show everyday spaces—like markets, streets, restaurants, roads, and malls—as places in need of repair or development. But as places where life occurs without judgment; with mirth, theatricality, and beauty. This approach has not lessened the severity of the continent’s contradictions. It has proposed a subtler, more graceful look. Hence the Worldspace is formed by the immediacy with which the traveling artists realize that the diversity of the continent is like a sea of endless encounters, productive happenstances, and valuable collaborations”.

Invisible Borders' 'A Trans-African Worldspace' will be on view at the 2015 Venice Biennale through November.