Born In Israel And Deported To South Sudan: Documenting Exile 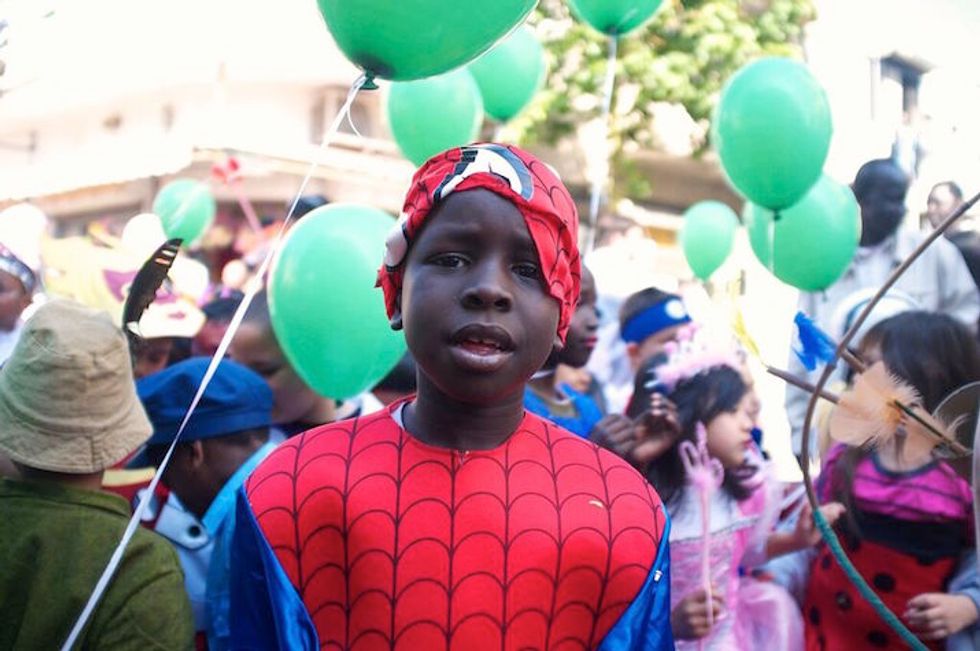 Yotam Gidron is an Israel-based photographer and law student. He shares with us his long-term documentation of Israel's South Sudanese population and their multiple exiles. See his photos below.

Shortly after South Sudan’s July 2011 independence, the Israeli government decided to deport the entire South Sudanese community living in Israel. Between June and August more than a thousand South Sudanese were sent from Tel-Aviv to Juba. Many of them were children who, born in Israel or Egypt, had never been to Sudan before. Many of the adults who were sent away had not been to Sudan since they were children themselves.

Going back after often decades in exile, returnees found themselves starting a new life from scratch. Several people, including children, died during the first months after the deportation, mainly as a result of lack of access to health services.

Three years later many of those sent to South Sudan from Israel are living in exile again: some left shortly after arriving in the country as they were not able to sustain themselves with no family or relatives in their new home. Many more fled as a result of the civil war that erupted in December 2013 and displaced more than 2 million people.

Hundreds of the returnees from Israel have made their way to Uganda, where some of the children go to boarding school as part of a project initiated by an Israeli NGO. Others have also left for Kenya, Ethiopia and Egypt.

By the time of their eviction from Israel I had known some of these South Sudanese families for two years already. These photos did not begin as “a project.” I was a friend with a camera documenting their lives in Israel. This turned into the documentation of their deportation, their integration in South Sudan and, most recently, their return to exile.

We are used to representations of South Sudan from a humanitarian perspective, in which stories of individuals represent or exemplify emergencies and disasters. From this point of view, people’s lives often seem to consist of nothing but the hardships they endure, and in the face of which they are presented as having little or no agency at all.

While it is clearly important to cover the war in South Sudan and its destructive consequences, this should not obscure the fact that in the shadow of these, life also goes on. South Sudan’s independence, just like its descent into civil war, are present in the background of my photographs, as they had an impact on the life of each and every one of the individuals photographed. However, by focusing on the daily, the photographs primarily wish to examine notions of home, exile, childhood and identity, all in relation to Africa's newest country.

Mary at her house in Hatikva neighborhood, south Tel-Aviv (November 2011).

Wakbil in a Spiderman costume during his school’s celebrations of the Jewish holiday of Purim (Tel-Aviv, March 2012).

A girl on a bus in Tel Aviv central bus station, on her way to the airport to be deported, (July 2012). The girl was held in prison with her family prior to her deportation as her family initially refused to leave the country “voluntarily”.

A plane taking off from Juba airport, seen from the house of a family that was deported from Israel in Mangaten neighborhood (August 2013). In the beginning of the civil war the neighborhood witnessed intense violence, the family’s house was looted and they fled to Uganda.

The Musa family, returnees from Israel, with relatives in Juba (August 2012).

A woman who was deported from Israel working in a hotel in Juba (August 2013).

Masu singing the South Sudanese anthem, as taught in his school, outside his family’s house in Juba (August 2013).

Franco, Masu’s father, selling bread in a small bakery he started in a village south of Juba shortly after arriving in South Sudan from Israel (Gumbo, August 2012).

Attending a Sunday mass in a church in Gumbo (August 2012). Among the children are returnees from Israel.

Children who study in Kampala waiting with their luggage to go into the dorms in a school in Bombo, where they will spend their school vacation (April 2015).

A boy sitting in a school dorm in Bombo, (a town located 30km north of Kampala), where he and other kids who study in Kampala and have no family in Uganda spend their vacations (January 2015).

Children playing in a school in Kampala (January 2015). More than 100 kids who were deported to South Sudan are now studying in Kampala. Become's project started in 2013, but significantly grew after the beginning of the civil war, when many families fled South Sudan.

Masu in his class in Kampala, where he started studying after his family fled South Sudan in the beginning of the civil war (March 2015).

Bakhita, who studies in Kampala under Become’s programme, in Bombo, Uganda, during school vacation (April 2015).

Students playing music at a party during their school vacation in Bombo (April 2015).

The Ras family’s children, who were deported from Israel to South Sudan, in Gambela, western Ethiopia, with relatives (September 2015).

Inside Ras family’s house in Gambela, Ethiopia: the flags of Gambela state, Israel and South Sudan, and a faded greeting card in Hebrew (September 2015).

Sunday, born in Israel, in her family’s kitchen in Gambela, Ethiopia (September 2015).

Gwaner, who was born in Egypt, standing in the entrance to his “secret home” in the bush near his family’s house in Gambela, Ethiopia (October 2015).

Sunday (center), who was deported from Israel in 2012 upon starting to study in the university, with family relatives, in a village in Gambela near the border with South Sudan (October 2015). Sunday was able to escape the killings in Juba when the civil war erupted in December 2013 and joined his family that was already in Ethiopia at the time.

Yotam Gidron is a contributing editor for the Hebrew language blog african.co.il. He studies law in Tel-Aviv University, with a focus on international law and forced migration. More of his photographs can be found at yotamgidron.com.