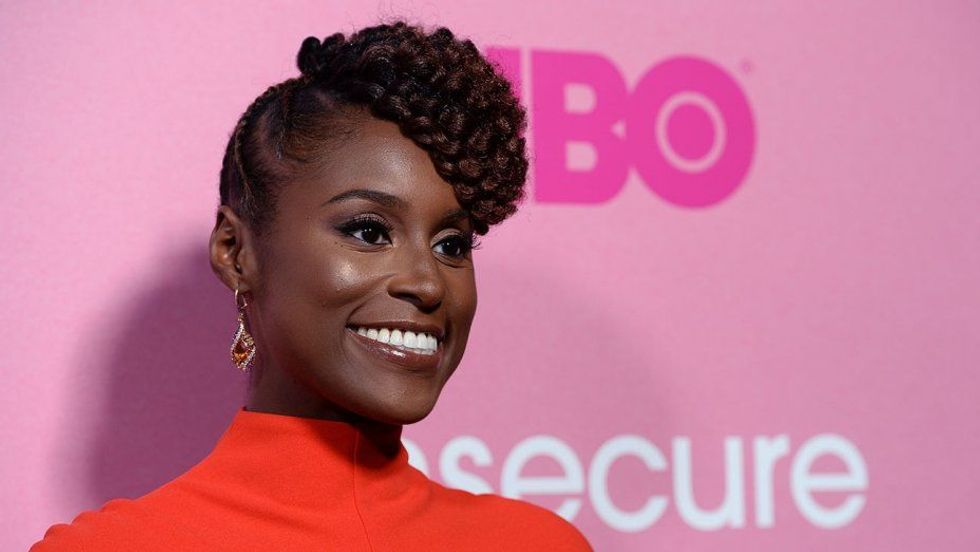 Issa Rae will star opposite Amandla Stenberg in Fox 2000's coming-of-age film "The Hate U Give."

The star of Insecure will star alongside Amandla Stenberg in Fox 2000's coming-of-age drama The Hate U Give, based on the Angela Thomas novel of the same name, Variety reports.

Rae will play Ms. Ofrah, an activist who helps Stenberg's character make the decision to speak out after she witnesses the police shooting of her unarmed best friend.

A synopsis from Variety reads:

Stenberg plays a 16-year-old girl named Starr who grew up in a poverty-stricken area, but now attends a suburban prep school. After she witnesses a police officer shoot her unarmed best friend, she’s torn between her two very different worlds as she tries to speak her truth.

The film will be directed by George Tillman Jr., and will also star Regina Hall, Russell Hornsby, Algee Smith, Lamar Johnson, and Common.

We can't wait to see Rae on the big screen. Her hit HBO series, Insecure was picked up for a third season earlier this month, and she took home the "Star Power" award earlier this week at BET's Black Girls Rock!

Y'all! If only y'all knew how big of a fan girl I am of @IssaRae. It would be an understatement to say I'm THRILLED to have her as Ms. Ofrah https://t.co/JI4eTGM9Sp