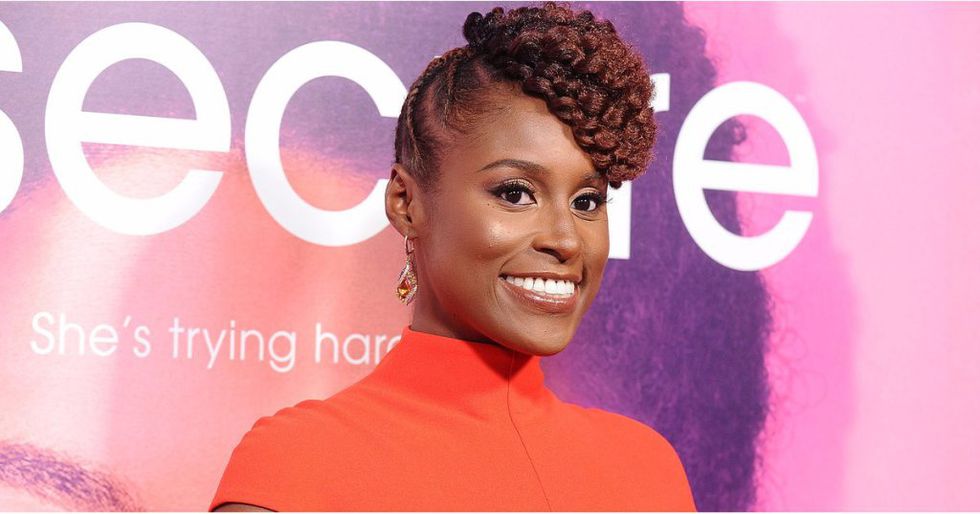 Issa Rae has teamed up with award-winning author Angela Flournoy for a new show set in 1990s Los Angles.

Issa Rae, is making some major power moves, and we're absolutely here for it.

The Insecure show runner will executive produce a new show for HBO centered on a black family living in Los Angeles during the early 1990s and dealing with the political and social dynamics of the time.

A synopsis from Deadline, reads:

Bridging those later Reagan Era and early Clinton years, the drama will center on the marriage of Sheryl and Jackson, with the former an envelope bounds-pushing real estate agent and the latter a conflicted LAPD anti-gang task force recruit. The potential series will also feature the couples' teen daughter and son, Ebony and Les.

The currently untitled show, will be penned by the award-waining author behind The Turner House,Angela Flournoy. Rae expressed her enthusiasm about working with the talented writer in a statement to Deadline. "I'm so thrilled to be working with Angela," Rae told Deadline. "I was a huge fan of The Turner House and we feel so lucky to bring her beautiful storytelling to HBO."

It's common knowledge that Issa Rae is a comedic genius. We can't wait to see her branch out into drama. Both Rae and Flornoy are shared their mutual excitement for the project on Twitter.r

My L.A kinfolk! @angelaflournoy is such a wonderful writer. So happy to help bring this new project to life.

Been a fan of @IssaRae since we were LA transplants in NYC a decade ago. Working with her (for @HBO!) on this has been so surreal. 💁🏾❤️💁🏾 https://t.co/4GwUQUrjbD
— Angela Flournoy (@angelaflournoy) October 23, 2017

Fans of are undoubtedly excited about the upcoming show as well. We'll basically watch any and everything that has Issa Rae's imprint on it.

Several folks are even trying to get casted in the series—I mean, you never know, with Twitter anything is possible.