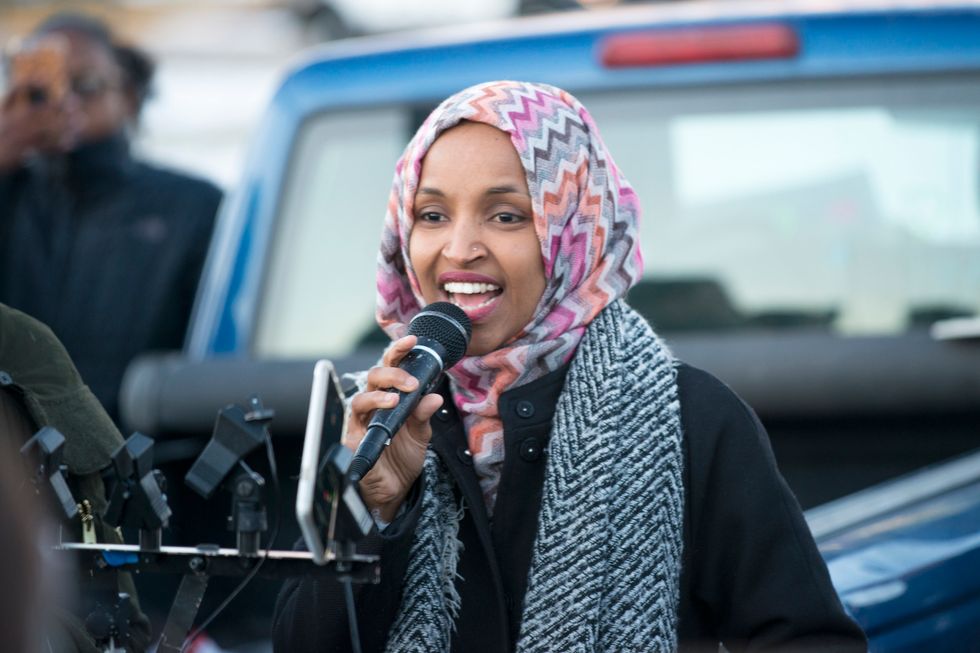 "I am here where I belong, at the people's house, and you're just going to have to deal,"—Congresswoman Ilhan Omar

Social media continues to rally behind Representative Ilhan Omar, following a series of racist remarks targeted at her and several other congresswoman of color by President Donald Trump.

The president doubled down on his racist rhetoric during a re-election rally in North Carolina on Wednesday, ttendees began chanting "send her back," referring to Omar—echoing anti-imigrant remarks that the president tweeted last week, in which he wrote that four congresswomen of color: Omar, Alexandria Ocasio-Cortez, Ayanna Pressley and Rashida Tlaib should "go back" to where they came from.

This is far from the first time that Omar has been on the receiving end of racist and Islamophobic attacks and referred to as un-American on account of her Somali heritage.

READ: Op-Ed: In Defense of the Black Boogeyman

Fellow politicians, activists and supporters are denouncing the actions of Trump and his supporters, and are expressing support for the congresswoman using the hashtag #IStandWithIlhan on social media. "#IStandWithIlhan and am proud to work with her in Congress," wrote Democratic presidential candidate Bernie Sanders. "Trump is stoking the most despicable and disturbing currents in our society. And that very hatred and racism fuels him. We must fight together to defeat the most dangerous president in the history of our country."

Several other notable public figures are sharing similar sentiments across social media in support of the congresswoman.

.@IlhanMN is a national treasure. And the type of leader these times require. We must protect her. #IStandWithIlhan https://t.co/tLdxmldZEr
— OPAL TOMETI 🇳🇬 (@OPAL TOMETI 🇳🇬) 1563422830.0

A chant like “Send her back!” is ugly and dangerous, and it is the inevitable consequence of President Trump’s dema… https://t.co/lQhiUkSPY7
— Justin Amash (@Justin Amash) 1563459766.0

#IStandWithIlhan against attacks from this racist president, and we should all remember this definition of patrioti… https://t.co/wMhiF9ldAr
— Elizabeth Warren (@Elizabeth Warren) 1563464360.0

Trump is RACIST. Trump supporters are RACIST. The Republican Party that supports him is RACIST. Anyone still debati… https://t.co/wWI5asrWGC
— David Leavitt (@David Leavitt) 1563446617.0