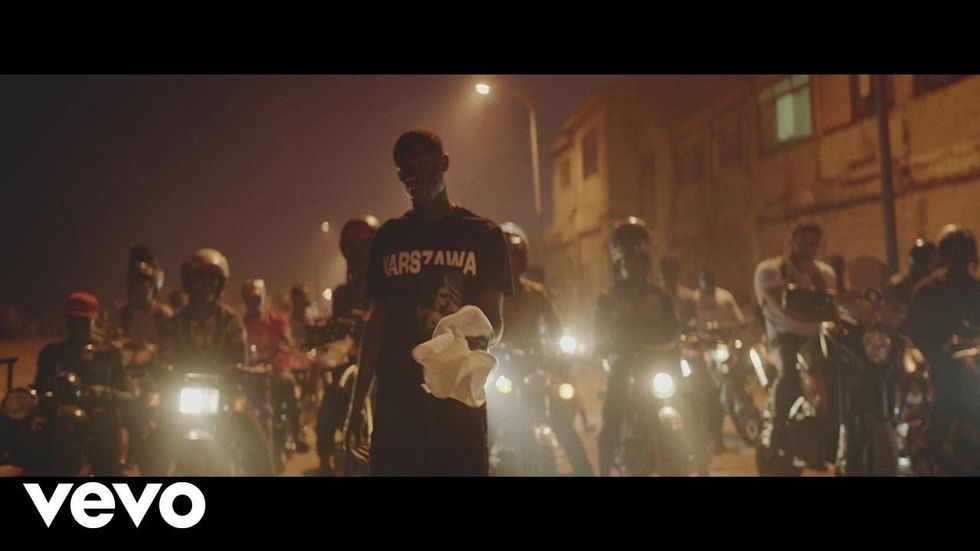 J Hus heads to Ghana in the incredible music video for "Spirit" from his Mercury Prize-nominated debut album.

These are happy days for J Hus, the melody merchant.

Less than a week after his debut, Common Sense, was nominated for the Mercury Prize, he released the video its third single “Spirit.”

The single's lyrics are as reflective as they are forward-looking, as much about resilience as about fragility, as much about one’s own dictates as it is about one’s fate, when J Hus rap-sings “All we do is win I can't control it, but I can't take credit when God wrote it.”

“Spirit” is produced by TSB and IO, as well as Jae5 who impressively executive produced Common Sense. Together they’ve crafted a very impressive debut which confidently hops from rap to grime to garage to afrobeats, developed from similar musical tastes and psyche.

“Spirit,” in composition and feeling, is a twin to “Ojuelegba” but where Wizkid’s opted for gloss, Hus’ track is evocative of place and belonging as suggested by the lyrics.

The video was shot in Ghana where his producer Jae5 is from and the place he credits with heavily influencing his sound. It features scenes of everyday life, exhibitionist bike-riding, communal board games and fight scenes with Hus sometimes indistinguishable with from extras—all of which encapsulate the “spirit” of the song and nation.

J Hus, a busy man these days, also recently stopped by BBC Radio 1 Annie Mac's show to play the single, along with a cover of DJ Khaled backed by The Compozers—who will be playing our own OkayAfrica concert with D'banj and Sister Nancy next week in NYC.

Listen here and below.