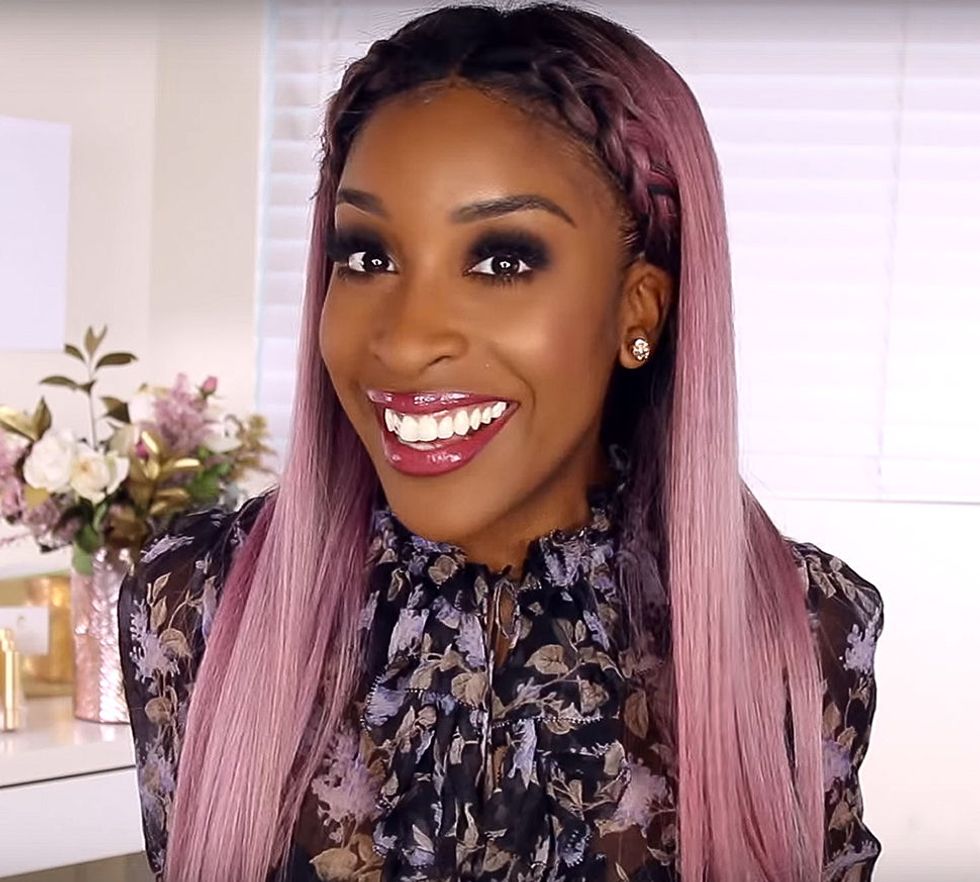 Jackie Aina is a YouTube Makeup Guru. With over 1.3 million subscribers to her channel, Aina is established as an online superstar who is regularly invited by global brands to sample products, including: Lancôme, Neutrogena, NYX, Pat McGrath Labs and more. Her own line of highlights, with Artist Couture sold out, proving she is as bankable as she is entertaining. Aina created the channel, originally named “Makeup Game on Point," after graduating from Vidal Sassoon Academy.

Aina is a Los Angeles-based makeup artist of Nigerian descent who worked at makeup counters before becoming a power-player in the YouTube makeup scene. What differentiates her from other WOC vloggers is that she unabashedly uses her videos to share the best and worst makeup for minorities. Her video blogs titled, “The Worst Beauty Brands Ever for POC," garnered mixed reviews from her fan base. The posts were polarizing and elicited some reviews asking her to eliminate race-based posts to elevate her popularity; to which Aina simply responded, “No."

In the days following her reviews and a subsequent post standing by her right to have a voice, she gained 220,000 subscribers and reached the one million follower milestone.