You Should Be Listening to Jacob Banks' Powerful Songs 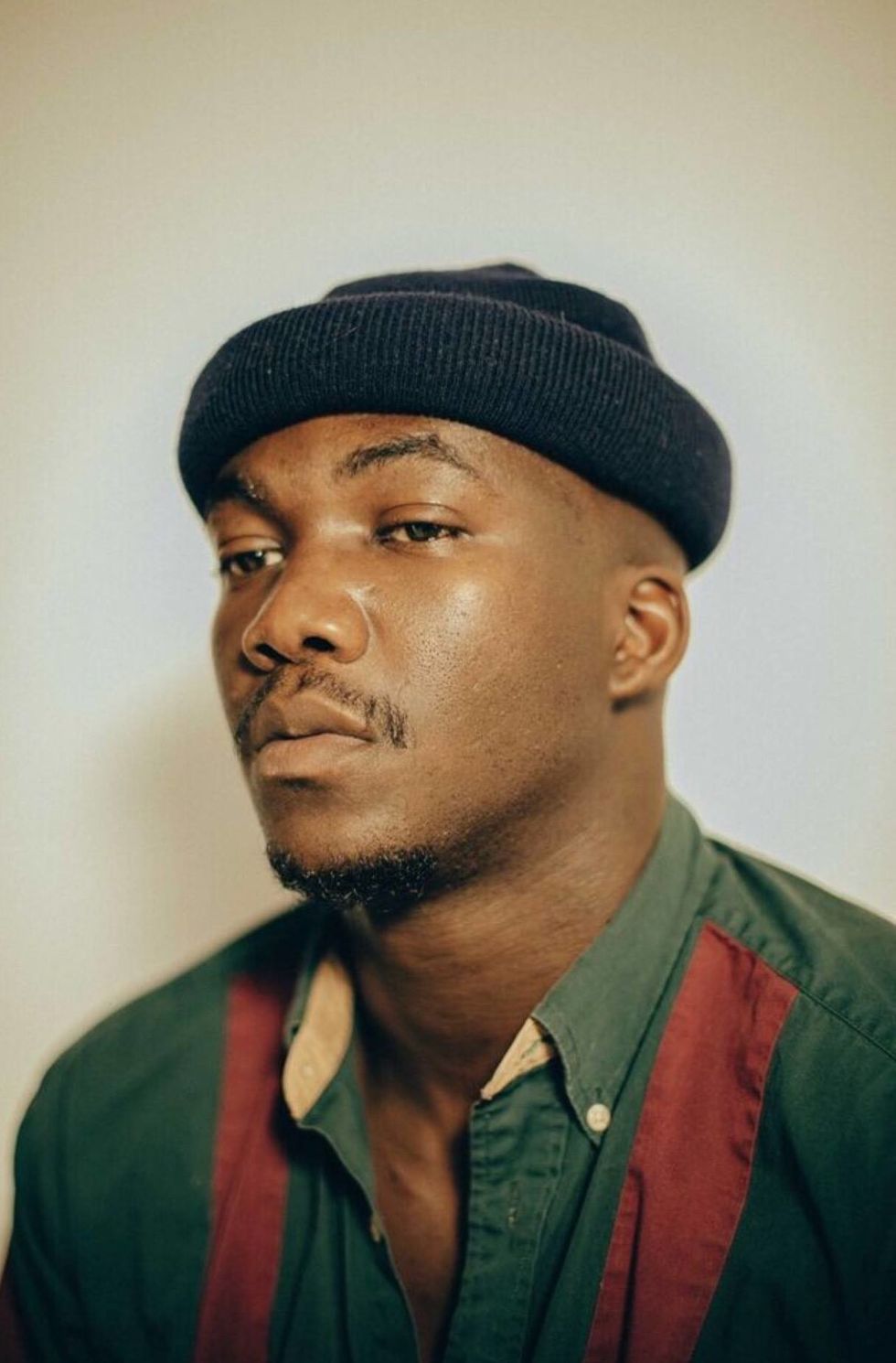 The buzzing singer discusses his Nigerian influences, his new album Village, and how he uses art to express himself.

Jacob Banks is a man who's sound cannot be defined, which actually makes sense with his genre-defying catalog. Whether he's singing, songwriting, or playing the guitar, the Nigerian-born, London-based creative prides himself in creating music to feed the soul.

With records baring elements of R&B, pop, gospel, and even a sprinkle of EDM to match the incisive production, the 26-year-old effortlessly gains new fans upon each listen.

With his "Chainsmoking" visual clocking in almost 4.4 million views, it was no surprise to see audiences of all walks of life gather at the coveted Mojave Tent at Coachella to see what Banks was made of.

No stranger to the main stage, Banks quickly brought his most recent EP, The Boy Who Cried Freedom, to life. More recently, he was featured on Seinabo Sey's new track "Remember," which was placed on The New York Times' Playlist.

OkayAfrica caught up with Banks to discuss his Nigerian influences, his new album Village, and how he uses art to express himself.

For those who don't know, who is Jacob Banks?

Jacob Banks is a storyteller.

What kind of stories?

Being born in Nigeria and raised in the UK, talk about the cultural influences in your music.

When I make music, I always take in the fact that Nigerian people are really proud people. My mom listens to everything. So I always have to make sure that I speak from a point that I can be proud of for a lifetime. If I can use my voice as well as I can and turn my version of the truth as eloquently and as prideful as I can, then I imagine that only affects my decision-making with what I speak about. Being British as well allows me to dream a little bigger and have some more stories to tell.

Where do you fit in the realm of R&B and hip-hop?

What's the message you want listeners to get your music?

I want them to get a sense of company. I want them to feel like they have someone to turn to in moments when they need company. And in the event that I can't provide company, I have another artist who can. That's all there is.

Your "Chainsmoking" video is at almost 4.4 million views. Did you foresee this record blowing up like this?

No, actually. Not at all! I never dreamt of it. My whole this is just make good music that I'm proud of, tour with my friends, and make enough my for the cost of my family—just enough to get by and keep people company along the way. That was all kind of all it is. When things take shape on their own, it's always mind-blowing because that was never in the plan.

You recently performed both weekends at Coachella. How does London compare to the U.S.?

It doesn't, London is home. And the UK in general—as wonderful as playing in the US is—home is still where the heart is.

Your upcoming album is called Village. Talk about the concept behind the album and the title name.

The title is based off the phrase "It takes a village to raise a child." It's like an old African saying. And on the album, it's kind of that—celebrating all these different villages I've been a part of. Like the village of being born in Africa, the village of being from the UK, the village of what it's like to be used in the conflict of culture, the conflict of love and dreams and aspirations, and the polarizing difference between both cultures. And it just celebrates all those things and finds positives in all of them. It tells the story from a very introspective way.

You actually started by songwriting and doing open mics. Where do you see yourself in 10 years?

I think I'd be a director, directing visuals of some kind.

What did you do with your first advance?

I don't think I did anything. I got an apartment in London. I didn't buy it. i just rented an apartment. And I think that was it. I got cat—that's what I did. I got a cat called Zuko.

What's the best encounter you had with a fan?

Just them coming to my shows, really. I think everything else is… people are kind of forced to hear music in this day and age. Everything is on Spotify and iTunes and it's kind of always in your face. If the people—the higher ups—deem it good enough, but they can't make you come to a show. They can't make you spend your money or your time more than anything, because time is currency. So that's always a great encounter. The fact that people are here.

You're on tour with X Ambassadors. What do you look forward to on the road?

They're just super nice people, man. It's been fun. And for me, it's just a chance to reach people that I haven't be able to reach and allow them to make their choice or not—if they fuck with us or if they don't. At least they would have been able to make an educated guess. I think the hard part is just being heard, so people can make the choice about you. If they wanna take you on their journeys of life or not.

Favorite song to perform during a set?