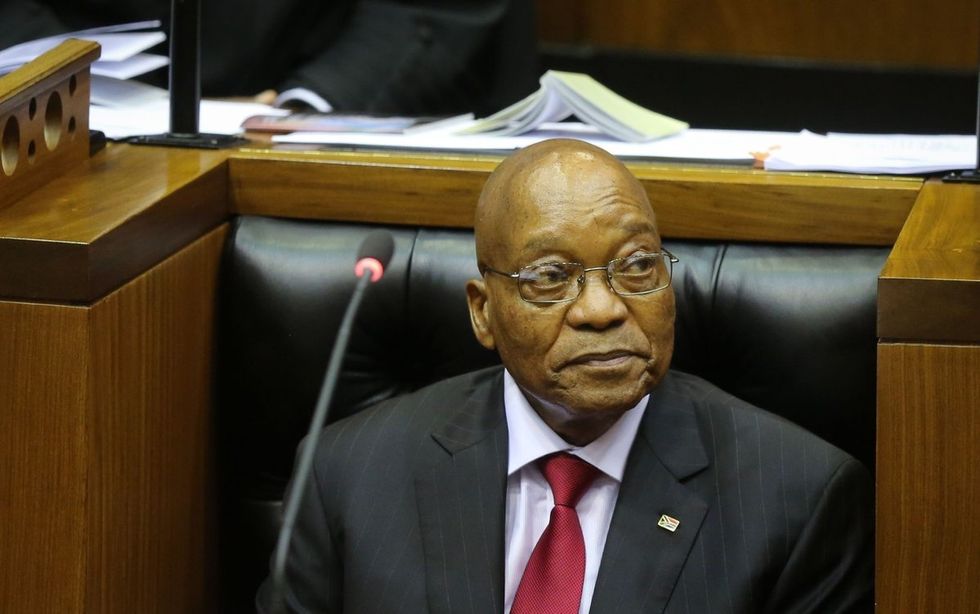 The president of South Africa announced his resignation in a televised address on Wednesday.

The time has finally come.

After weeks of tireless speculation,Jacob Zuma has officially resigned his post as president of the South Africa. He addressed the nation in a televised speech on Wednesday, reports BBC Africa.

Zuma, who took office in 2009, had been urged by his own party, the ANC to resign immediately earlier in the week or risk facing a vote of no confidence.

The party released a statement on Wednesday, saying that Zuma stepping down has brought "certainty to the people of South Africa.

His presidency has been rife with scandal, and corruption. A graphic from News 24 calculates the number of scandals, motions of no confidence, finance ministers and more during his almost 10 year presidency, view it below.

Many South Africans have been waiting for this day, and are using humor to share their excitement about the news on social media. Zuma has finally fallen.

It saddens me to think that the only moment of integrity shown by Jacob Zuma was in the last minute of his presidency. #ZumaResigns
— NINA HASTIE (@NINA HASTIE) 1518642846.0