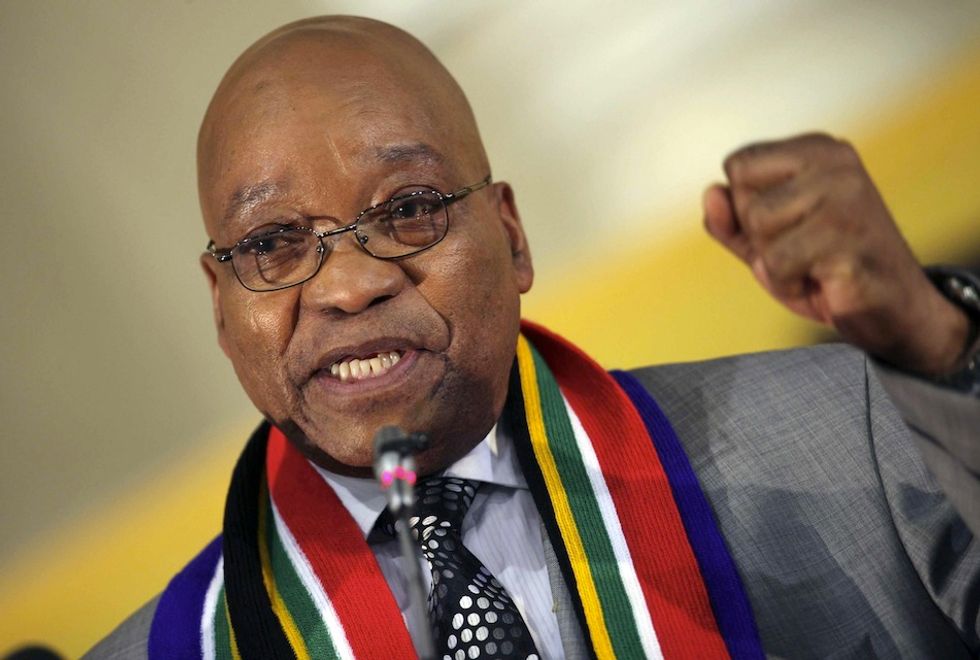 On October 21st, 2013 SA president Jacob Zuma gave his now infamous "I am not an African speech." This is our apology to Malawi on his behalf.

To non-South Africans, I can imagine the tsunami of the South African political world must be quite amusing. It’s amusing to me because sometimes I have to scratch my head and think, “did a brother just say that?”

South Africa’s leader Jacob Zuma, known sometimes as JZ has just added another gaffe to his gloriously long list of gaffes. Brother Leader birthed a gaffe so wondrous in its afro-pessimism that Verwoerd must be smiling in white heaven. Now you have to take notice that this was said a full eleven years after our own Philosopher King, Thabo Mbeki, gave his momentous “I am an African” speech. A speech and its accompanying ideals that my own heart beats to. But that dude was kicked to the curb in Polokwane, a city now synonymous with bad news and its scorching heat. Anyway, our new overlords have been in power for almost four years now, and things have never been as depressingly funny as they are currently.

Jacob Zuma unleashed this to a crowd at WITS university: "We can’t think like Africans, in Africa, generally. We are in Johannesburg, this is Johannesburg. It's not some national road in Malawi."

Ja, ne? There goes the “African Agenda” straight out the window. The storm has already started brewing, Madam Zille’s official opposition have ejaculated over twitter demanding a retraction but like his infamous 2012 ramblings that “Africans don’t have dogs, only white people keep dogs as pets,” this will all blow over and we can go back important things, like saving the rhino and fighting over hummingbirds. Zuma’s words are uncomfortable because they perpetuate the old idea that South Africa is different from the rest of continent. Not thinking like Africans invariably means that African thought is inherently incompetent, which is a worrying idea especially since it's being espoused by the commander in chief, a man who gave his life to the struggle against Apartheid, imperialism and the very ideas that he now employs so offhandedly.

If you want to know the full context of the words, it was given at a talk the big man was having at WITS University, specifically on the issue of e-tolls. Basically for those unfamiliar with e-tolls, the government is going to toll the roads in Gauteng, South Africa’s and by extension Africa’s wealth generator. Only in South Africa, do people march against tollbooths but, hey, I’m a middle class dude who doesn’t drive.

So apologies to Malawi, you guys get enough flak here, if you’re not busy being the Mexicans of South Africa, you’re being hounded out of suburbs and blamed for every ill that South African xenophobes can dream up. Malawi can rejoice though, on Monday October 21st, Malawi was trending on twitter.

Perhaps I’m looking too critically at Zuma, the idea that South Africa mustn’t be like Africa is, like I said earlier, a common narrative in the country, spoken by black and white. I do know though, that when the AU meets and the various presidents sip from their cups of stalled revolutions and Western patronage, shit is gonna be crazy awkward.