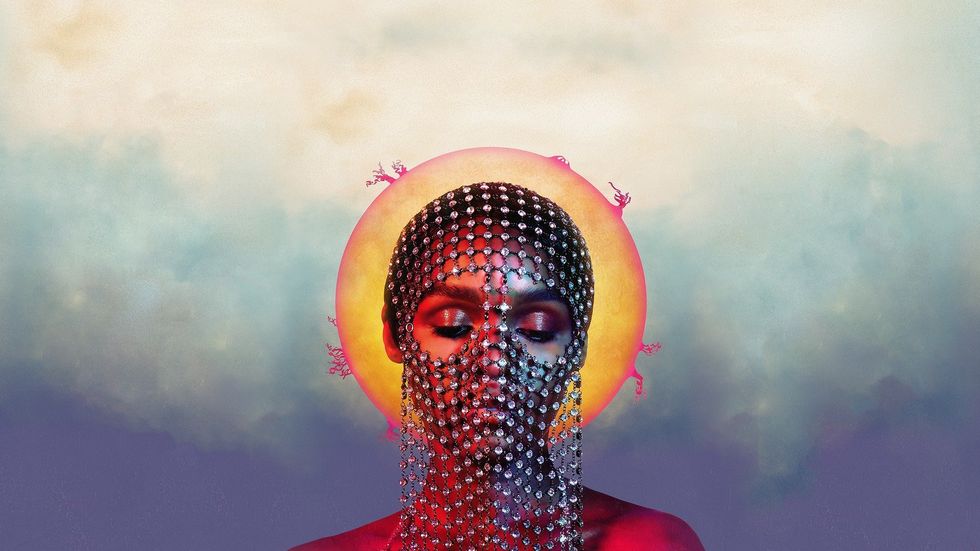 A computer is an electrical system that processes and encompases information, then somehow translates it into a medium that we can understand and utilize. It holds our files, our histories, our secrets, our goals. It remembers.

A computer is also a person who calculates. An intelligent being that records, internalizes and projects information and ideas. But unlike the first computer I described (the inanimate one) human computers have the gift of free will. To think, love, feel and be themselves. They never forget what authenticity is. What it is to instruct themselves, and not be manipulated by an outside force.

The metaphor of computer as human is instrumental in Janelle Monae's musical storytelling. Janelle is no stranger to teetering between the fine lines of reality and "digitalism:" for the culmination of her career, she's narrated through a mechanical protagonist—Cindi Mayweather, a cyborg who loves a human—but we had yet to truly learn who Janelle is, in our dimension.

Dirty Computer, Janelle's most personal and outspoken masterpiece to date, explores what being an unconventional, queer and authentic "computer" (a person that processes and transforms concepts, or just a creative, expressive being) means in a society that is inhumane in it's laws, standards and prejudices.

In Janelle's emotion picture and album, this translates to being a "dirty computer": when society claims that the most humanistic and natural parts of your expression, existence or love-making are an abomination. With technology rapidly advancing and social media harvesting our data and personalities, it seems inevitable that we'll become one with the digital landscape we've curated and constructed so meticulously.

People on the margins of society—people of color, queer communities, women, trans and gender nonconforming identities—are often treated like something other than human, as if not fitting the social standards created by whiteness and men automatically means we are the problem, we are the machines that need rewiring.

If cleanliness is assimilation, and dirt is pure individuality and sexual and gender truth, then preserving your data becomes a political statement, an act against heteronormative, racist, cis and male-dominated programing. "I am not America's nightmare, I am the American dream," she proclaims in "Crazy Classic Life," a party anthem that introduces the apocalyptic nature of the album and declares herself as a force in intersectional feminism.

For Janelle, we are living the apocalypse now: enduring a blubbering orange tyrant, xenophobia, police brutality against black people, trans people being murdered, persistent inequality against women. She elaborates on this idea in "Screwed," a duet with Zoe Kravitz. The duo describe all the ways they want to be screwed: in a matinee, at a festival, like an animal, but the metaphor exceeds sexual expectations. We are all screwed, because existing in America's current timeline feels like a nightmare, featuring abuse of power and force. As Janelle exits the song, she recites a poem about sex and power—both operate in regards to the other, and while sex can be empowering, especially for women owning our bodies and people with many sexualities, sex and power are often used by men to manipulate, intimidate or control.

Thus, "Pynk," the ecstatic soundtrack to pussies, tongues, lips, femininity and all the gushy stuff sloshing around inside of us, is especially significant. I've always believed in the power of images as markers of new movements, and Janelle in flamboyant fuchsia labia pants is an unforgettable moment. Although the idea of women embracing their bodies has often been articulated through a cisgender lens, Janelle made it a point to announce that "Pynk" includes all womxn, and transcends the cis idea of gender and body as a definitive thing.

Dirty Computer bounces between consecutive uplifting and thoughtful tracks, merging dance, funkadelic, rock n roll and pop: an interesting juxtaposition of celebration amidst social and cultural chaos. "Take a Byte" is a blatant ode to the computer idea, both sexually and digitally—is it a romantic invitation? A mockery of those in power who want to break apart queer identity? Or permission to bite off of her individuality?—while "I Got That Juice" plays with the notions of electrical juice that keeps computers alive and the nectar that flows between women's thighs.

Yet, these jovial explorations come to rest at "Don't Judge Me," a ballad that sounds like a letter to her fans. We've all loved her throughout her Cindi days, where her lyrics and performances, although moving, were nestled safely in a fantasy world. Janelle asks if we will continue to love and stand by her, after presenting such a vulnerable yet empowering album that lays her sexual and social beliefs out on our screens for us to swipe past or scroll further into.

I am here for this music, for the unfiltered messages of love, inclusivity and resistance. I am here for Janelle. A computer, whether literal or mechanical, shuts down when the user wants it to, or when the juice has run out. My wires are just starting to spark. And so are Janelle's.