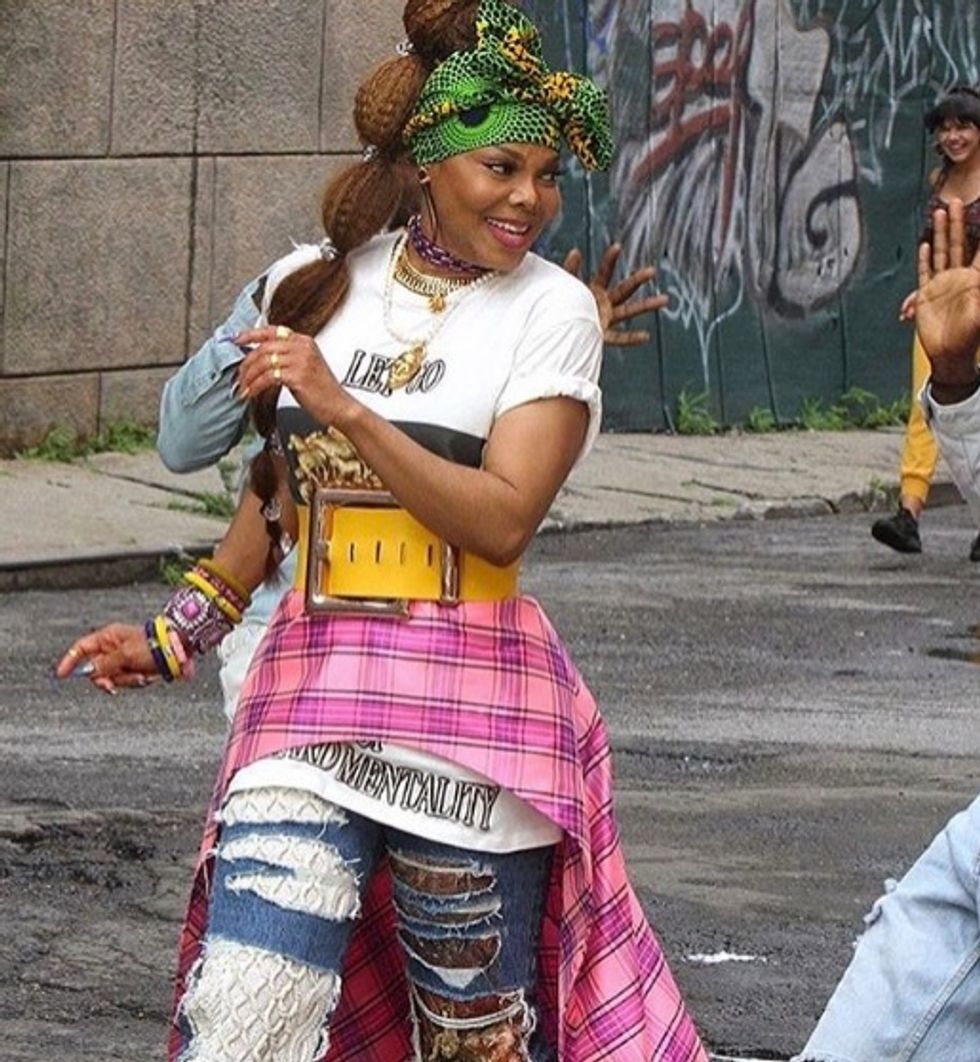 She was also spotted wearing some... interesting style choices.

Janet Jacksonwas in Williamsburg, Brooklyn earlier this week where, according to Rhythm of Afrika,she was shooting a music video that included lots of African rhythms.

Remezcla reports that the music video is presumably for the 52-year-old star's upcoming single, "Made for Now," and that Daddy Yankee was also present for the shoot. Dave Meyers is the rumored director.

Pictures from the shoot show Janet Jackson star wearing a headwrap paired with ripped jeans and a big yellow belt.

The styling has been a bit more of a talking point, while some are celebrating her "African-inspired" choices, others are calling them out for different reasons.

Creative director and stylist Dapper Afrika is claiming that Janet's stylist took some of his ideas and executed them badly. "Dear @janetjackson come see me please whomever is researching is not serving you as an original," he wrote on his Instagram. "You are an Icon you deserve to know who's the best at this particular type of imagery and some folks can't execute it at all just by being on your team or your personal stylist... Guess I won't be sending the top Stylists DMs of my work anymore to collab!"

Other commenters like Akua "Kiwi" Konaduwere much more direct, writing under Rhythm of Afrika's IG post, "What the HEELLLLL is this mess? As a PROUD GHANAIAN WOMEN, I'm hella offended by this 'African' 'style'! A beg, may the witches who dressed the ICON, catch fiyah & burn! *Ghana voice*""

What do you think about the styling here?