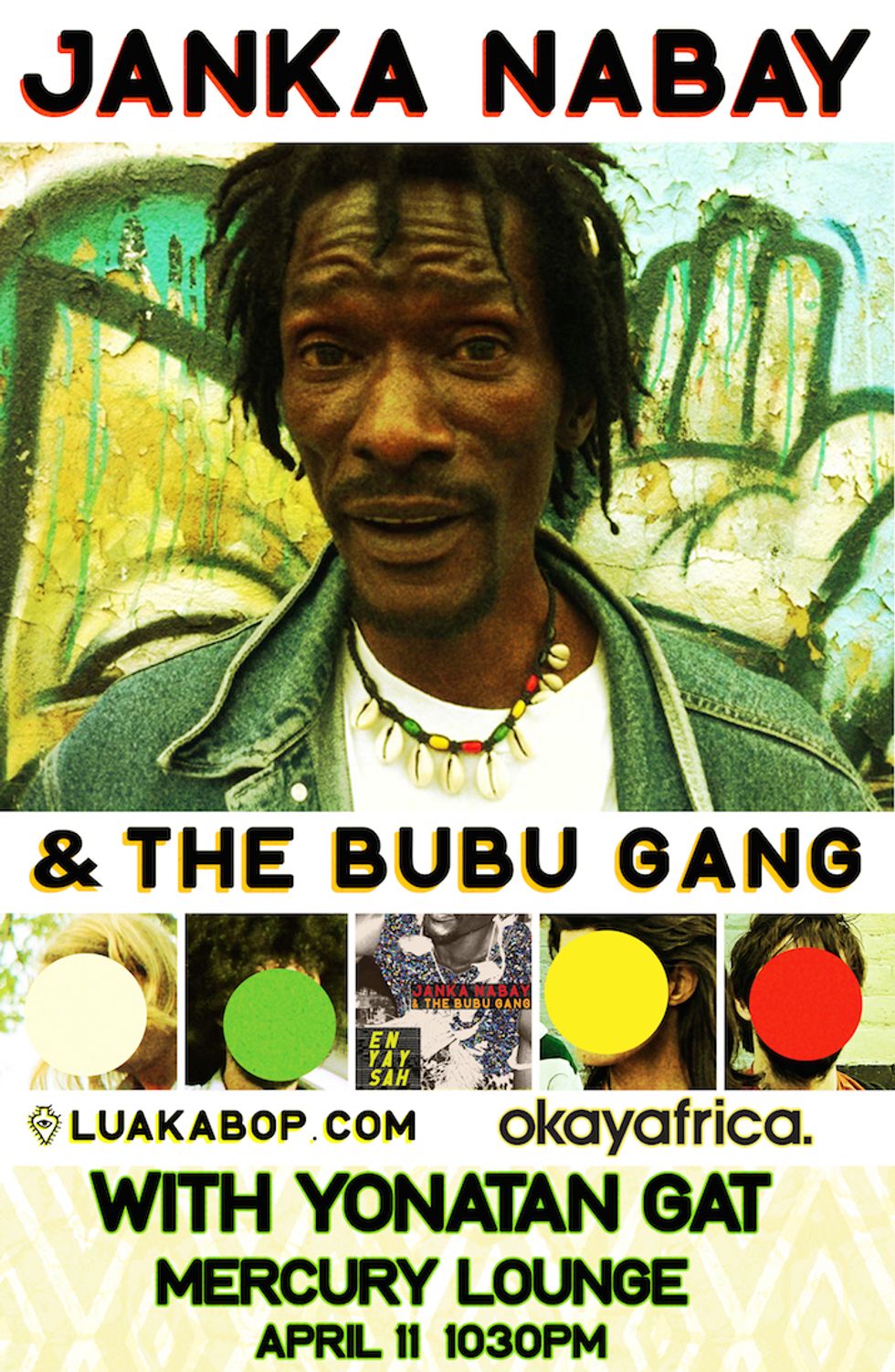 The band will be joined by NYC-based Israeli guitarist Yonatan Gat (formerly of Monotonix), who plays a thunderous and raucous live set inspired by punk, Brazilian psychedelia, free-jazz and much more. As the New York Times puts it, "you might... hear[...] echoes of funk from Benin; Cuban son from Senegal; Chicano rock from Los Angeles; Afro-Brazilian soul from Rio de Janeiro; and the pentatonic and Arabic scales that connect much of the world." Check out Janka Nabay & The Bubu Gang's video for "Feba" and a recent live video of Yonatan Gat at SXSW to get in the mood. Grab tickets to the April 11 Mercury Lounge show and join the Facebook event below.

Enter to WIN A PAIR OF TICKETS to the show by following @okayafrica and tweeting at us with the hashtag #BubuGang.