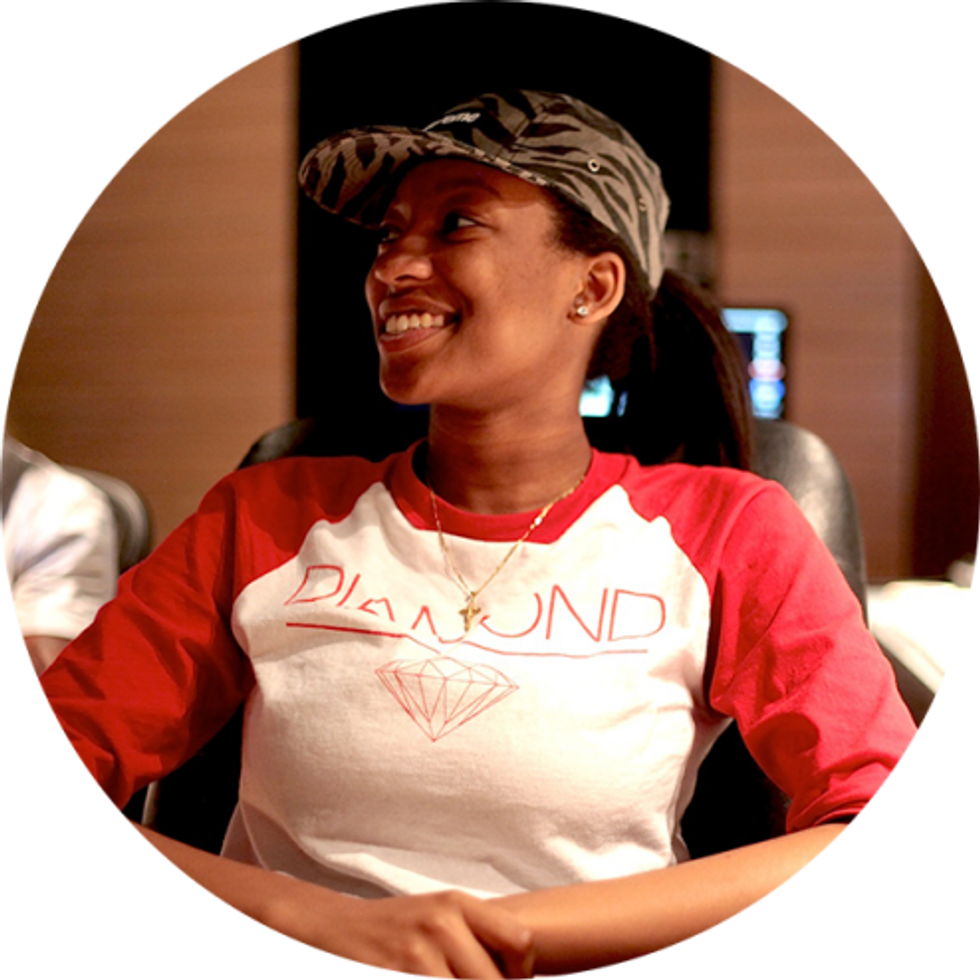 The internet is abuzz with news of the precocious 16-year old producer WondaGurl, who helped craft a beat that made it onto Jay Z's platinum-selling new album, Magna Carta... Holy Grail. The track "Crown," was created by the Nigerian-Canadian teen Ebony Oshunrinde who has been making beats since since she was 9 years-old.  At 14 she entered Toronto's Battle of the Beatmakers but was eliminated in the quarterfinals. Not to be deterred, she returned the following year when WondaGurl took first place.  Success followed success and was signed by Black Box. Apparently, when she sent a track to Houston rapper Travi$ Scotthe replied a few days later with the words: "I'm about to change your life." Scott played the track to Jay-Z, and then came the phonecall "You are on Jay Z's album, congratulations."

Despite her prodigious success, Ebony's Nigerian mother Jozie Oshunrinde is adamant that she keep studying. After winning Battle of the Beatmakers WondaGurl said in an interview "I just make sure I get my credits cause I know if I don't, my mother will not be okay with that at all, and possibly take all my music stuff away..."

You'll want to follow this girl wonder: @WondaGurlBeats. Here she is talking about her experience:

* Wondagurl with her mother Jozie Oshunrinde