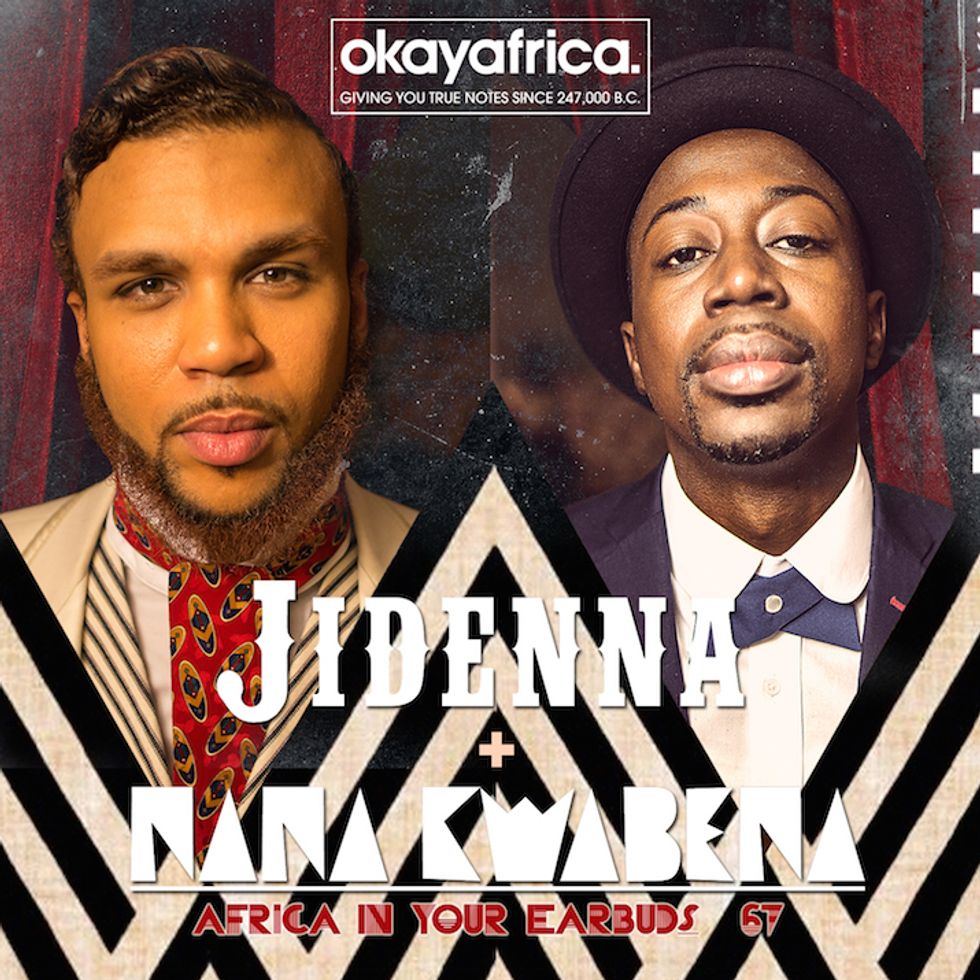 Jidenna and his DJ & co-producer Nana Kwabena curate an Africa In Your Earbuds mixtape packed with classic staples and afro-house bangers.

It's been a colossal year for Jidenna. With the help of radio-hit earworms like "Classic Man" and "Yoga," the Nigerian-American artist has positioned himself as an emerging star across the U.S. and one of the leading lights of Janelle Monáe's Wondaland Records. During his rise, the singer — who was born in Wisconsin to an Igbo father and an American mother — has promoted his Nigerian identity by penning impassioned open letters and crediting "Nigerian excellence" as the inspiration behind his breakout single. It is fitting that Jidenna's name means “embracing the father” in Igbo.

Though less in the spotlight, Nana Kwabena has played a big role in the rise of the "Classic Man" and the renaissance of his dapper aesthetic. As Jidenna's DJ, co-producer and member of their social club Fear & Fancy, the Ghanaian-bred musician has earned songwriting & production credits on Jidenna's two biggest hits to date, as well as formed an integral part of his live show.

"Africa's influence on American culture has been longstanding." Jidenna & Nana tell Okayafrica in an email. "Over the past half decade, there's been a wave of African culture in the American marketplace. Now debates about Nigerian and Ghanaian Jollof have a worldwide Twitter stage; Ntoma has a Tumblr and Pinterest page; Azonto has found its way to Chris Brown's choreography and Ankara is a part of Beyoncé's wardrobe."

"Africa has long embraced American pop culture and previous American generations have reciprocated that appreciation, particularly within music. From Quincy Jones' and Michael Jackson's cultivation of "Off The Wall" and "Thriller" to Paul McCartney's weeping after witnessing Fela play for the first time, to James Brown sending his arranger to The Shrine in Lagos to study Tony Allen's drum grooves."

"Fast-forward and now Africa has solidified a home in America's mainstream within the millennial generation. It's about time. 'Soon come' has long arrived and, at the risk of preaching to the choir, it suffices to say that Africa is no longer relegated only to the future. It is the here and now. This mix was inspired by the need to continually bridge the gaps within the Diaspora and to allow transcultural diffusion to pave the way for cross-collaboration amidst a new generation of thinkers, tastemakers and social architects."

Stream AIYE #67: Jidenna & Nana Kwabena above and read the mixtape's full tracklist below. View our previous Africa In Your Earbuds releases listed underneath.

16. The Lijadu Sisters - Not Any Longer [Nigeria]

24. Patoranking - My Woman, My Everything ft. Wande Coal [Nigeria]