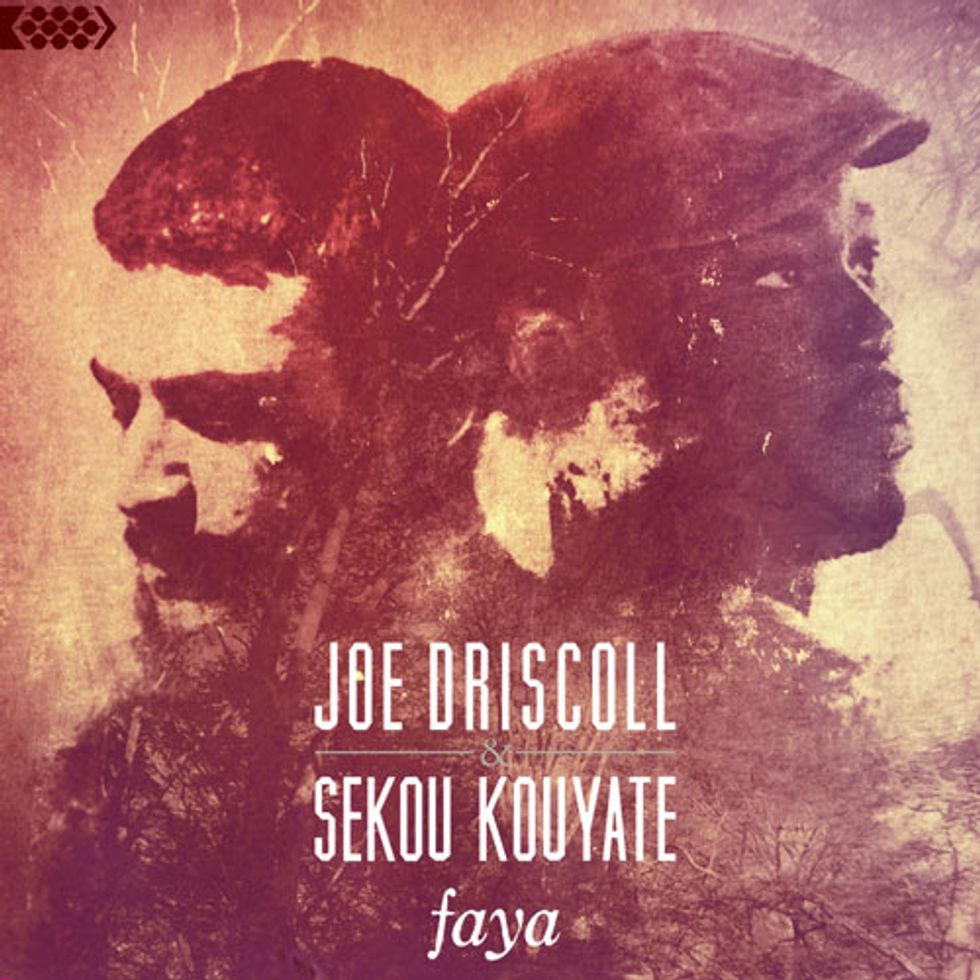 The debut album from Joe Driscoll & Sekou Kouyate fuses griot and hip-hop traditions together seamlessly. 'Faya' is out now via Cumbancha.

Given that Guinean Sekou Kouyate speaks little English, and American Joe Driscoll understands almost no French, it's true, that on paper, their collaboration seemed like an unlikely pairing. In fusing Griot and hip-hop traditions together though, their debut album Faya seamlessly brings together Driscoll and Kouyate's respective influences. Bouncing between English, French and Susu, the duo create a soundclash of their own melding over hip-hop, funk and reggae rhythms. With a quick listen to the title track, it's easy to let go of any notions of unlikelihood as the song slides between the pair's distinctive musical styles. On standout "Ghetto Many," the folk influence in Driscoll's rap takes to the forefront, in what seems like a natural pairing with Kouyate's spiraling kora. With so many genres weaved together on their debut, it's hard to imagine what the future holds for Joe Driscoll and Sekou Kouyate, though it's unlikely their next project will disappoint. Stream Faya in full below, out now via Cumbancha.