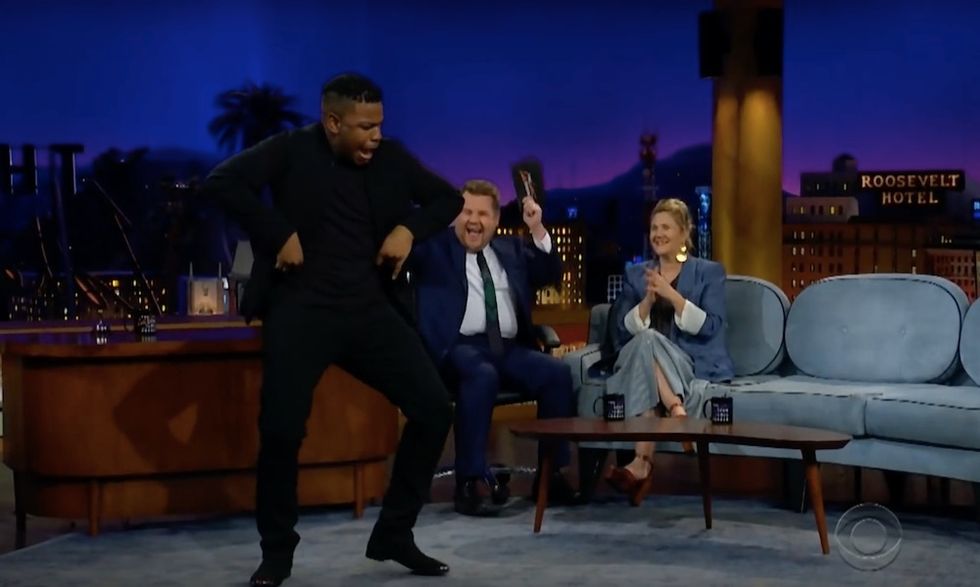 Nigerian film star, John Boyega, made an appearance on The Late Late Show with James Corden last night to promote his film Pacific Rim Uprising—which debuted at number one at the box office this weekend.

The conversation then moved to the actor's time at Notting Hill Carnival. Last year videos of the actor at the carnival went viral and garnered various reactions from folks on Twitter.

When Corden asked what moves were the best to hit during the festivities, Boyega proceeded to show off some classic afrobeats-Inspired moves like the the "azonto" and the "alanta," proving once again that he'd be the perfect dance partner to hit up the carnival with—and we'd like an invite to this year's festivities. Just throwing that out there.

Later on in the show, the actor sat down for a hilarious game of "Spill Your Guts of Fill Your Guts" with Corden and Drew Barrymore. Boyega's Naija dad accent comes through a bit when he's asked to eat some pretty gross "foods" like a giant water scorpion and jellyfish. Watch the clip below.