John Boyega Is Dapper As Ever On the Cover of GQ 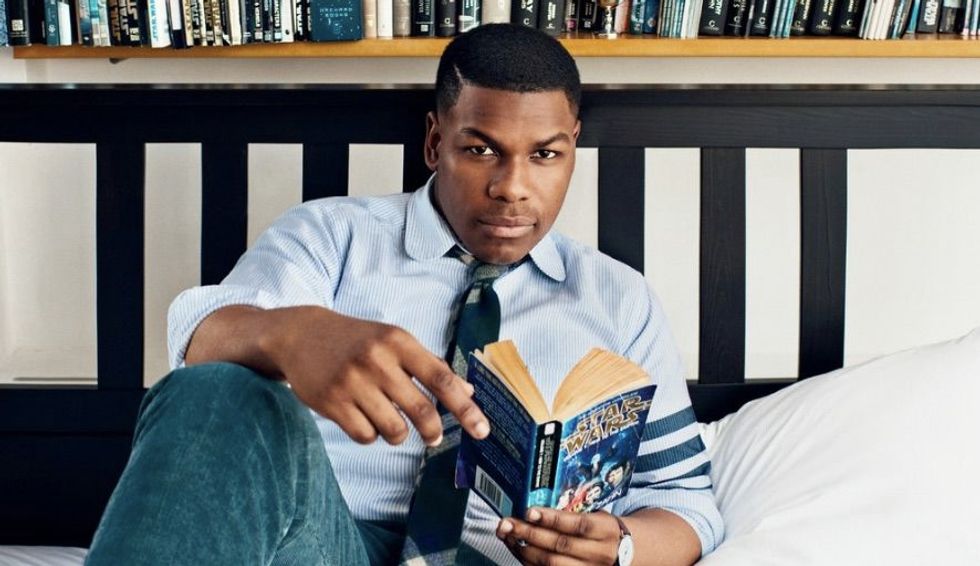 The British-Nigerian actor looks exceptionally fly as he poses on the magazine's "Hollywood's Next Wave" issue in the build-up to his leading role in the Kathryn Bigelow-directed historical drama, Detroit.

The movie, which chronicles the 1967 Detroit riots, highlights the ongoing injustices that black people face in the United States. “Yeah, I'd probably only be able to watch this every ten years," Boyega tells GQ. “Being black, going through what we've been through…the past is still hanging over our heads.”

The leading man also talks about getting advice from Robert Downey Jr., taking Harrison Ford to a Nigerian restaurant in London, and his role in the upcoming Star Wars: The Last Jedi, and diversity in the movie industry.

“You don’t see one black person in Lord of the Rings,” says Boyega. “I ain’t paying money to always see one type of person on-screen. We can ruffle up some feathers.”

Check out more images from the shoot, below. Detroit hits theaters August 4.

So proud to be on the cover of GQ magazine! In this issue I'm talking Detroit, Star Wars 8 and Pacific Rim Uprising.#AspiretoInspirepic.twitter.com/BjPo3qqPI6

For the culture! GQ magazine 📸📸 pic.twitter.com/dHWgvAz6kx