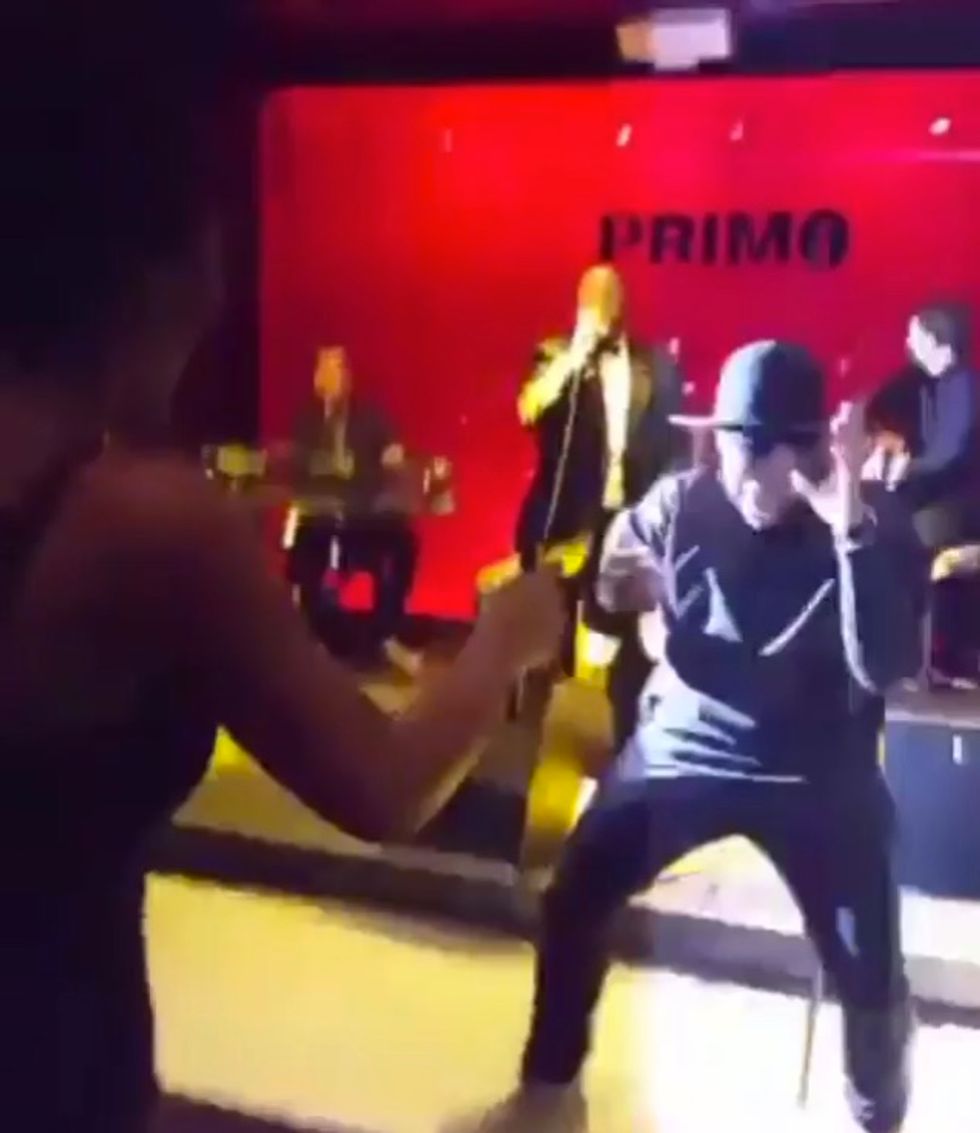 It seems like each day the Internet gives us a new reason to fall in love with John Boyega. Today, we get a taste of the Star Wars actor’s unsurprisingly smooth dance moves.

This is what happens when I go to a @iamkingcas show. I couldn't just stand in the audience *sigh* Thank you to @parkplaza for hosting such a great event. @mikelameen next! #Thehathelpedwithspins #firstorderdanceclub

The clip was taken at Primo Bar in London, where the actor broke it down at a King Cas show. And if you’re unfamiliar with the UK artist (formerly known as Caspian) that has Finn going full MJ mode, we asked Boyega for a recommendation.

Check out the song and more footage of Boyega on the dance floor below.

@IamKingCas Headline Show last night: The moment @JohnBoyega in bodied MJ, I screamed like it was him???? pic.twitter.com/6LiyB65t7C — K B D (@Kbdalways) January 12, 2016