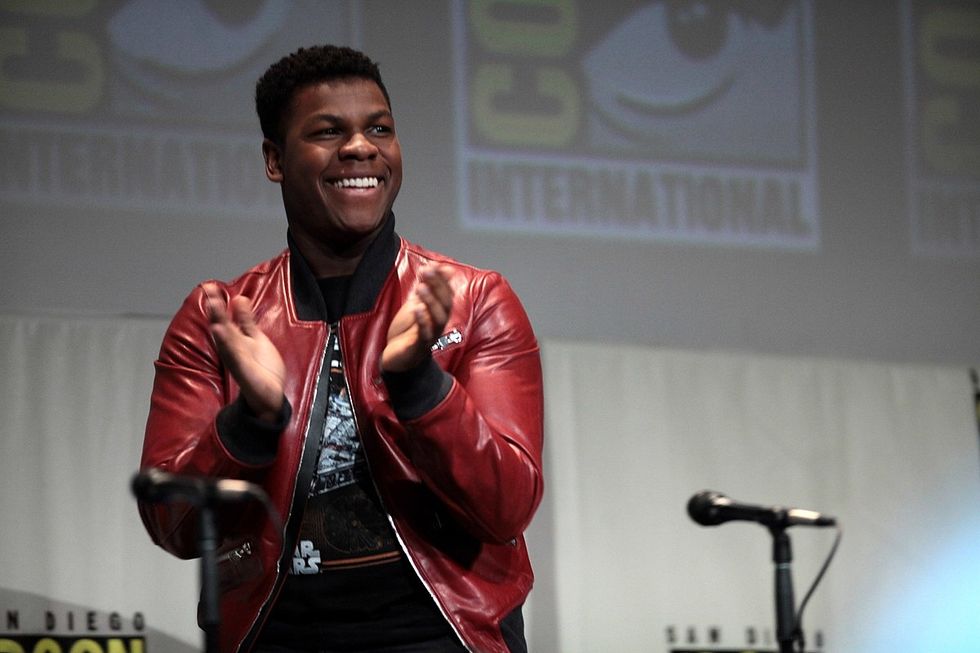 John Boyega'syear is off to a tremendous start, as it's been announced today that the Nigerian-British actor will executive produce the upcoming South African crime thriller God is Good.

According toThe Hollywood Reporter, the film, which is described as a cross between Prisoners and City of God, takes place in Cape Flats and "evolves around a pastor and a detective who cross paths after an act of brutal violence sets them on a collision course with a heinous gang lieutenant who will stop at nothing to get to the top."

The film will be written and directed by Willem Grobler, the South African filmmaker behind the award-winning short film Hum. God is Good will be his debut feature-length film.

It is being produced in collaboration with the founder of production company Bandit Country Josephine Rose.

Excited to be working on a second project with Josephine Rose and her production company Bandit Country, as executi… https://t.co/snLAjsXGtz
— John Boyega (@John Boyega) 1547562778.0

Boyega will also spearhead the film's soundtrack under his new label imprint UpperRoom Records, which will highlight an array of African talent. According to Variety, prolific South African rapper YoungstaCPThas already signed on to be featured on the album. "The film enables us to work with local talent in South Africa to find those voices and help put them on the international stage," says Boyega.

"I'm thrilled to be teaming once again with Josephine Rose on such a powerful and important story that explores themes of fathers and fatherhood, toxic masculinity, race and faith in a community that has become trapped in an unending cycle of violence and racial oppression, and where sometimes it seems for men that violence is the only way of achieving power," he adds. "Willem has written a superb screenplay and we are looking forward to working with him to realize the vision behind it."

Boyega is also set to executive produce A Spriggan with Rose, and is currently shooting Star Wars IX.