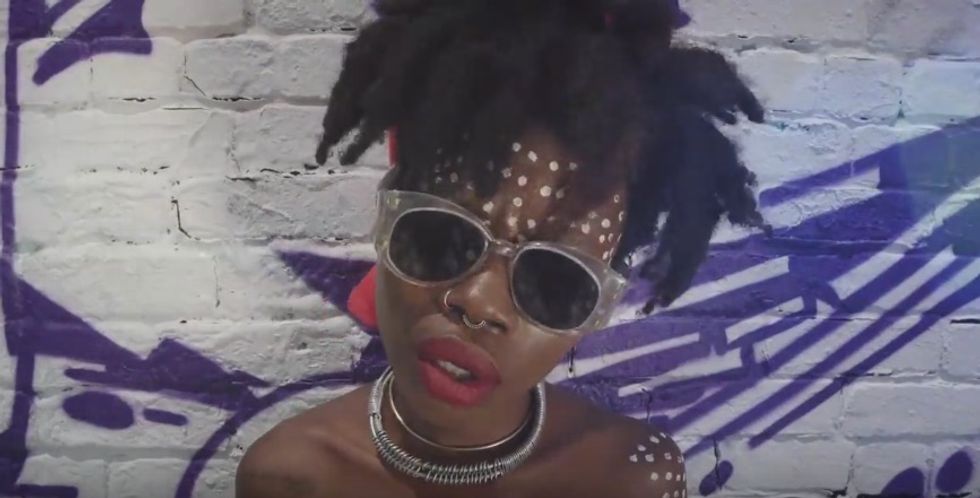 In Jojo Abot’s new video she dances in and out of slow motion, bobbing her head on a warm Brooklyn rooftop as hazy images fade in and out. The clip, which dropped this past Thursday, is for the track "To Li," off the talented Ghanaian vocalist’s 2015 conceptual EP FYFYA WOTO which traces the love story of the fictional Ghanaian title character against the backdrop of “slavery and divide.”

Abot, who spends her time between Accra, Copenhagen, and New York City, is harkening back to a long forgotten time of NYC folklore—summer. It’s a badly needed reminder for New Yorkers as we dig out from two feet of 7-11 Slurpee slush.

Portions of heavy delay, 808 drums thump and spacey reggae-inspired synths reverberate through the track while claves pan under Abot’s effortless voice. Doubles and triples of Abot appear as she floats in front of graffiti and paint peeling Brooklyn brick.

"To Li," in the video’s press release, is described as, “a term used to call out a questionable narrative or put a narrator on the spot. It's a dramatic term that cuts through the bullshit and calls it for what it is. In a generation of young people determined to take life by the horns with little tolerance for injustice and inequality, 'To Li' contributes to that narrative and spirit of cutting through the layers in search of honesty and truth.”

The video is produced by the folks at House of Nod and is directed by Robert Kolodny and Abot herself. As Yay Area natives would say, she giggin’ through the visuals. But enough of me describing the joint, peep it below.