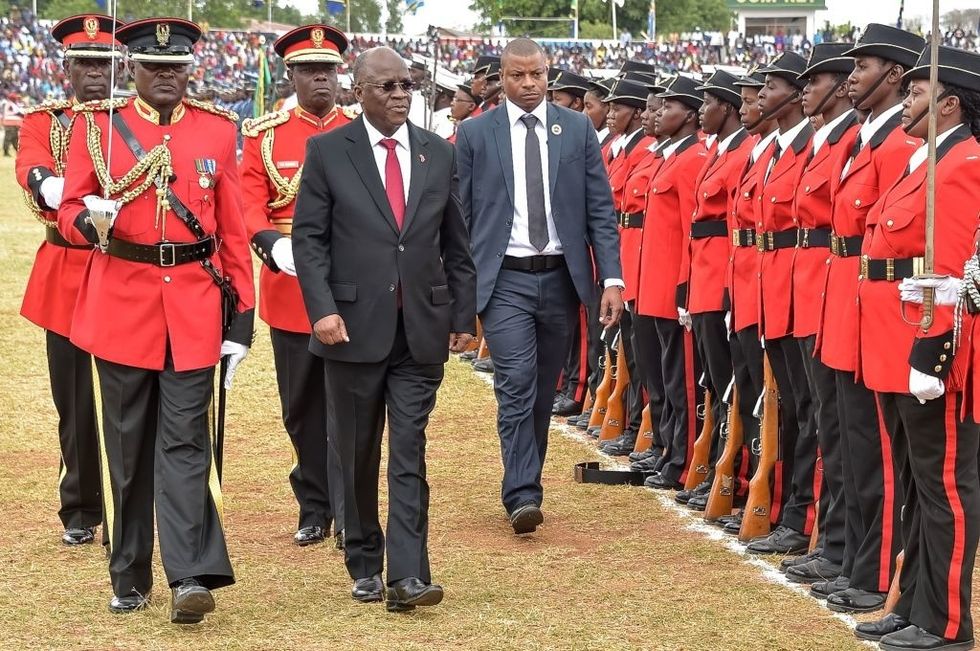 The investigative journalist is among many government critics to disappear.

Since assuming power back in 2015, Tanzanian President John Pombe Magufuli and his government appeared to be putting other African leaders to shame with their attempts to "clean up" office. However, over the past few years, Magufuli's rule has become more restrictive and laden with heavy crack downs on any form of dissent be it from citizens and opposition parties in general.

Erick Kabendera, an investigative journalist and freelance reporter in Tanzania, is reportedly the latest target of the Tanzanian government.

Yesterday, Kabendera was forcibly taken from his home in Dar es Salaam by unidentified men claiming to be policemen taking the journalist to the Oysterbay Police Station, according to the BBC. However, the men were not dressed in any official uniform and also refused to identify themselves.

The men also confiscated mobile phones used to record the incident by Kabendera's wife as well as his neighbors, IOL reports. The journalist's whereabouts remain unknown and a social media storm in the form of #FreeErickKabenderahas resulted where people are demanding that the government disclose Kabendera's location and provide reasons for his alleged prosecution.

Muthoki Mumo, the Sub-Saharan Africa Representative from the Committee to Protect Journalists (CPJ) commented on the matter saying, "The manner in which this journalist was taken, by men claiming to be police, is very ominous and further evidence that the press is not safe in President John Magufuli's Tanzania." He added that, "Authorities must immediately disclose if they are holding Erick Kabendera, and for what reason, and ensure the journalist is returned safely to his family."

It's been speculated that an article that Kabendera wrote for The East African last week, where he criticized the current government and their approach to any political dissent, may have been the reason for his abduction.

Back in November of 2017, investigative journalist Azory Gwanda,alsowent missing after he covered the killings that were happening in the district of Kibiti. He has never been found. While there have been global efforts to raise awareness around his disappearance, the Tanzanian government recently hinted that the journalist may be dead.

Read more about the disappearances of other media personnel under Magufuli's rule here.