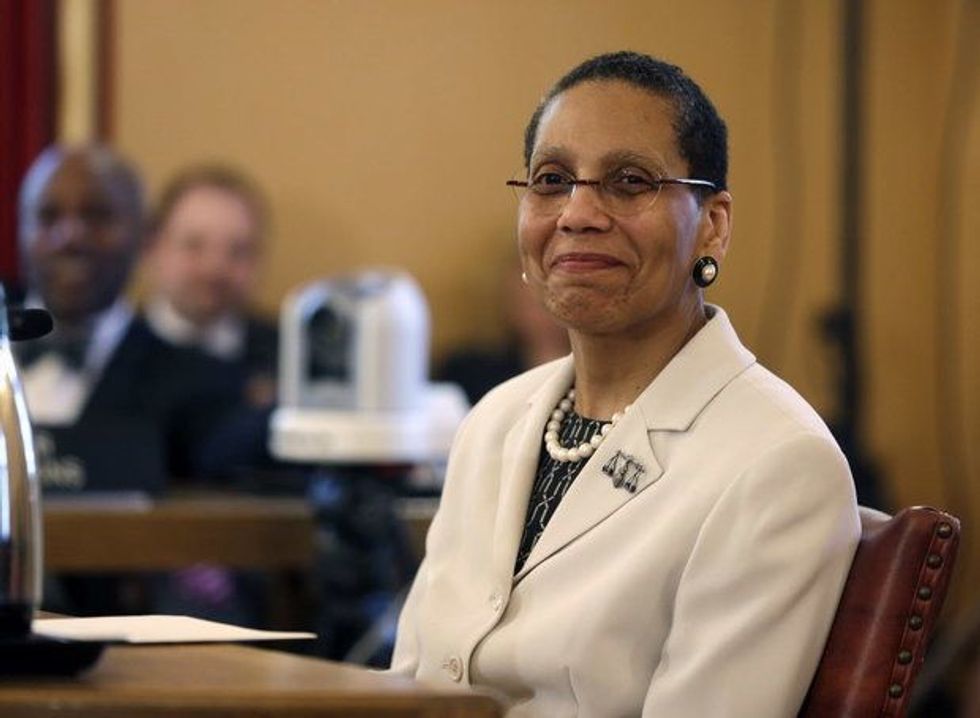 The death of Sheila Abdus-Salaam, the first black women to serve in New York's Court of Appeals, is being investigated as a 'suspicious death' by the NYPD.

New information has emerged concerning the death of Sheila Abdus-Salaam, the first black and the first Muslim woman to serve on New York's Court of Appeals, whose body was found in the Hudson River last Wednesday.

According to the NYPD, the cause of her death remains undetermined, but the department is now considering it a "suspicious death," says Stephen Davis, NYPD spokesperson, in a statement to the New York Post. “We haven’t found any clear indications of criminality, but at this point we can’t say for sure. We’re hoping if anyone could shed any light into the hours before her disappearance, it would help us establish what happened.”

According to the New York Post, investigators have been painstakingly reviewing surveillance footage from the day of her disappearance, but the search has been futile. They've assigned an additional team of officers to study footage from stores, mass transit, and other public spaces. She was last seem by a deliveryman outside of her apartment in Harlem on April 12.

The medical examiner says that there were bruises found around Abdus-Salaam's neck, but that they were not consistent with strangling. Her home showed no signs of forced entry and her car, cash, pocketbook, subway card and cellphone were found at her apartment. She was reported missing by her husband after he received a call that she had not shown up for work that day.

The NYPD is seeking the public's assistance in sharing any information that might help in the investigation. They sent a call-out via Twitter on Tuesday.

The #NYPD is seeking info on the death of Judge Sheila Abdus-Salaam. Anyone with info is asked to call our detectives at the numbers listed. pic.twitter.com/pSXDtuaVTo