First Listen: Juls' New Album Puts Him at the Forefront of the Alternative Afrobeats Movement 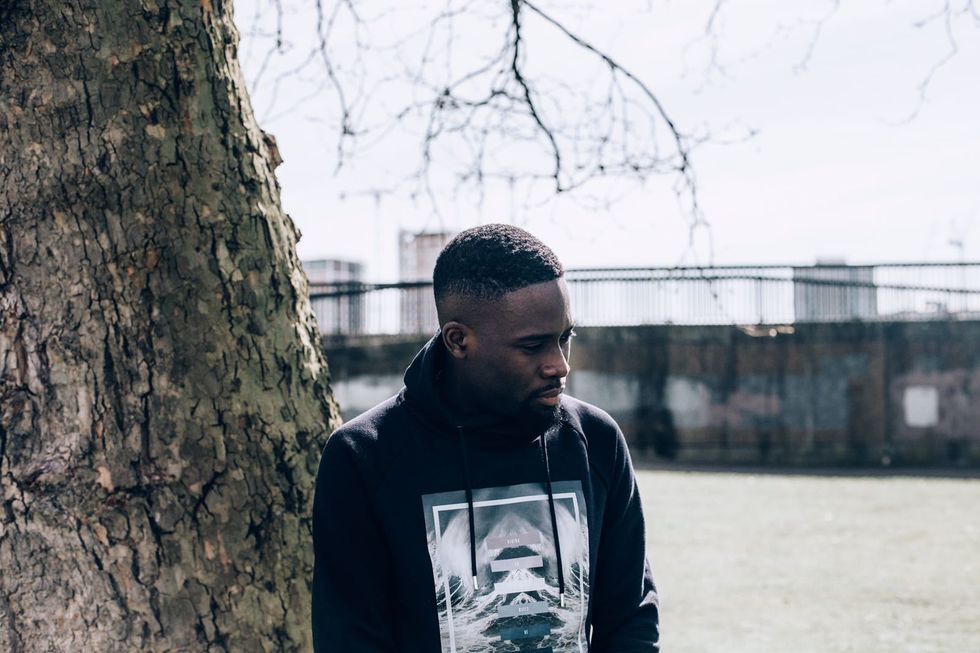 British-Ghanaian artist Juls' debut album, Leap of Faith, is a pot of gems.

A Brit of Ghanaian heritage, his debut album, Leap of Faith, which came out in May, is a pot of gems.

Juls’ production has a lightness of touch, free from the clutter of instruments that still dominates much of afrobeats.

I met up with the producer, who lives in London, barely a week after Leap of Faith was released.

Asked if there was a specific idea, soundscape or mood he wanted for Leap of Faith, Juls mentions that “Leap of Faith is a theme of love. It's more of a feel good album. It's not dark. It feels colorful, and a lot of people can relate to it. The sound is something like summer vibes”.

Juls had a long list of artists to work with, but as he began creating the music. “the list became a lot shorter,” down to 12. He wouldn’t say who these other artists were, but mentions a song with Burna Boy which has been saved for another project.

The entirety of Leap of Faith was recorded, mixed and mastered by Juls, all in his bedroom studio. For added instrumentation he enlisted a few saxophonist friends and a guitarist.

An album comprised of 12 solo artists—some of whom are producers in their own right, and many of whom live in different countries and continents—could easily struggle to find a cohesive whole, even when helmed by the same producer.

Odunsi is based in Lagos, Santi in Dubai, Nonso Amadi in Canada, none of which Juls says was a problem. “We were just exchanging vibes. I would send structures over, they’d send vocals back, I would send some of them back. I'd just chop it up here and there, mix it up a little bit and then we would just come up with a song really”.

Just this April, Nonso Amadi and Odunsi released a joint EP titled WAR which was reviewed here. A concert to promote the project was held at London’s O2 Academy earlier this month.

Odunsi wasn’t able to make the date, but scheduled performances from other artists who appear on Leap of Faith went ahead.

The sweet and sultry Tomi Agape took on “After Six” without Santi.

Amadi performed “Early” with Maleek Berry, once known as a producer but whose profile as a solo artist has sharply risen since the release of his Last Daze of Summer EP in March last year.

Lady Donli’s set included songs from her Wallflower EP and new single “Ice Cream,” which should make the rounds on summer playlists.

Lady Donli isn’t on Leap of Faith, but she, along with the aforementioned names, are part of a growing body of independent artists who orbit away from the afrobeats sphere.

They don’t, to my ears, have a unifying sound as much as a unifying ethics to do with introspection, unhurried and even meditative production. They also eschew the excess that is commonplace in mainstream afropop.

Brought back to the afropop side of things, Juls, Amadi, Odunsi, Santi and by extension Tay Iwar all engine this new movement that has come about not by conscious design, but by an aggregation of similar sensibilities.

Easy grouping for classification may limit the uniqueness of each artist, but then to have no name is to open the floodgates of interpretation away from what is intended.

Juls prefers the term “Afro Swing” for his brand of music, just when I’d come around to the term “alternative afrobeats.”

“Afro Swing,” Juls Explains, refers to the jump between genres (afrobeats, r&b, neo-soul, and bashment, amongst others).

The majority of the song writing on Leap of Faith was done by the featured artists, based on song ideas discussed and agreed on.

The breeze and bounce of “Give You Love” also has a standout sax solo, with L.A.X continuing to impress since parting ways with Wizkid’s Starboy.

The melodies for “After Six” were created with Tomi Agape before being sent to Santi, whose mumbled patois blends well with Agape’s sweet and sultry singing.

Not3s’ lead melodies, Juls says, dictated most of “Bad,” a standout track which Eugy and Kojo Funds have adapted well to. One of the most popular song's on the album, "Bad" is a contender for song of the summer.

Sung in Yoruba,“Eji Oruro” is by Moelogo, who comes close to the depths of feeling Asa reached on “Bamidele” off her sophomore, Beautiful Imperfections.

A real gem and personal favourite is “Coco” by the dream pairing of Santi and Odunsi The Engine. An album by these two produced by all three, including Juls, would be heaven.

By far the most unusual track here is “Temperature Rising” by Kojey Radical, which is built on a viscous beat, both narcotic and nocturnal.

The last time an afrobeat-heavy rap song scaled these heights was on “Time Travelling (A Tribute To Fela)” off Common’s “Like Water For Chocolate” (2001).

I dared to call it “narco-afrobeat” drawing a reaction from Juls’ manager who sat through the interview. Juls prefers to call it a hip-hop song and I don't argue, neither did I do away with the fancy coinage.

I tell Juls that the one song that took longer to warm to on Leap of Faith was “Mi Luv It” with Frass and Aod.

Juls briefly insisted that I tell him why. This was unexpected considering I'd just scored the album 9 out of 10 marks, and meant it.

It was a reaction that could easily be seen in a bad light, but could also be a sign of care. And “care” couldn't be a bad watchword for Leap of Faith as no song, even my least favourite, appears to have been rushed.

Stream Juls' album below and purchase it here.