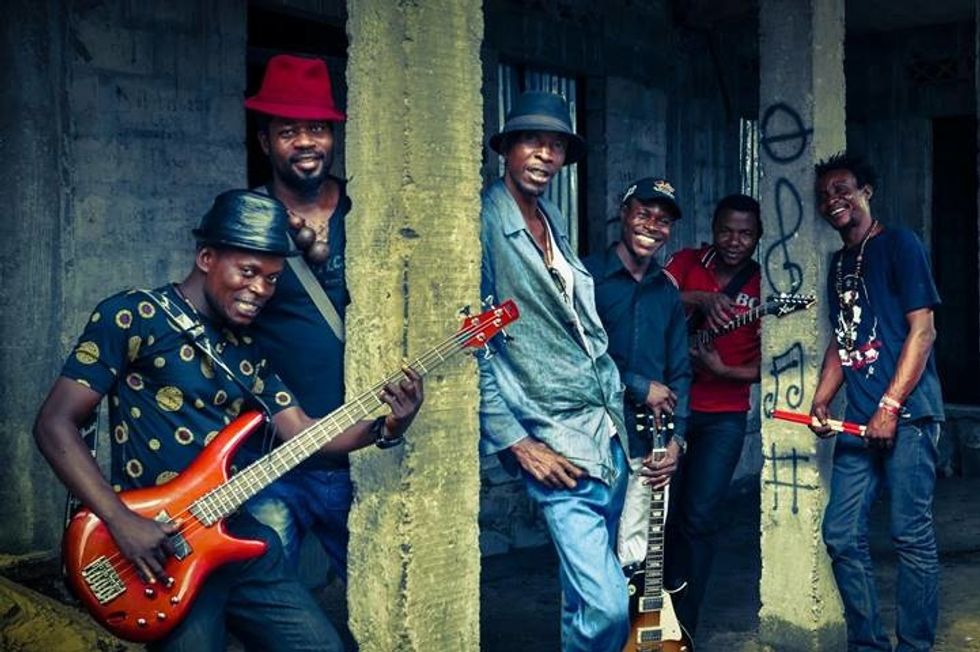 Watch our premiere of the Kinshasa-based band's new video for "Nzele Momi."

The afrofunk band is looking to take the DRC's musical heritage into modern times with their sophomore album, Kin Sonic, which features contributions from Damon Albarn of Blur/Gorillaz, and members of Nick Cave's Bad Seeds and Massive Attack.

"It's a song to celebrate women. Women are mystical. They are mother of humanity and this song talks about how they're important in the society and sadly not respected and protected everywhere…Nzele Momi (women)," the group tells OkayAfrica. "Florent de la Tullaye shot this sequence in the area of equatorial forest with the Pygmy people named "Wallè." It's a trance dance in a ceremony for a woman just after she has her first child."

"The young girl doesn't have to go in the forest to work and won't contract disease in the forest. Taking care of the new baby is the most important thing. Everybody in the community treats her like a princess to be sure she have all the good things for the baby. It's a very happy and a privilege for this woman."

Watch our premiere of "Nzele Momi" below. Kin Sonic will be available in North America June 29on Bandcamp and iTunes.