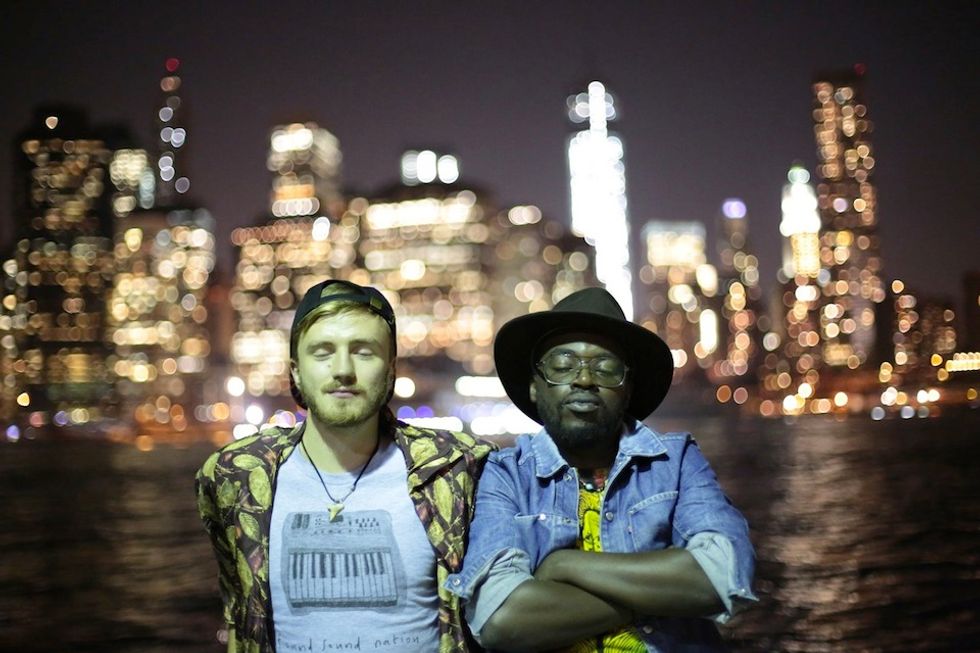 Over the years Kenya's Just A Band have undoubtedly cemented a spot in any Okayafrica playlist. And while it's been some time since their last studio effort Sorry For The Delay (2012), frontman Blinky Bill recently came through with some surprise tricks of his own, a somber electro-cloudy collaboration with Russian producer Mitya Burmistrov (and also featuring Malabika). We asked Bill to shed light on how the new "Raindrop" track came about. "Me and Mitya are good friends, we met in the States during OneBeat for which we both involved in," explains Bill. OneBeat, which Bill took part in back in 2013 along with BLK JKS' Mpumi Mcata, is a one-month project that brings musicians from across the globe to the U.S. to collaborate, produce and perform original tracks. It was a last year's OneBeat in Florida that Bill and Mitya formed a project, which they gave the working title of "Sexy Helicopters" (though the name could change), and recorded their first track together in September. According to Bill, they have plans to release more tracks soon and are looking to shoot a video for "Raindrop." They're also hoping to put an EP out this year. And as for Just A Band, "JAB is busy as well, working on some new videos from Sorry for the Delay as we also prepare some new music in studio and hop on tour," says Bill. Until then, listen to Kenyan/Russian powerhouse collab "Raindrop" below.