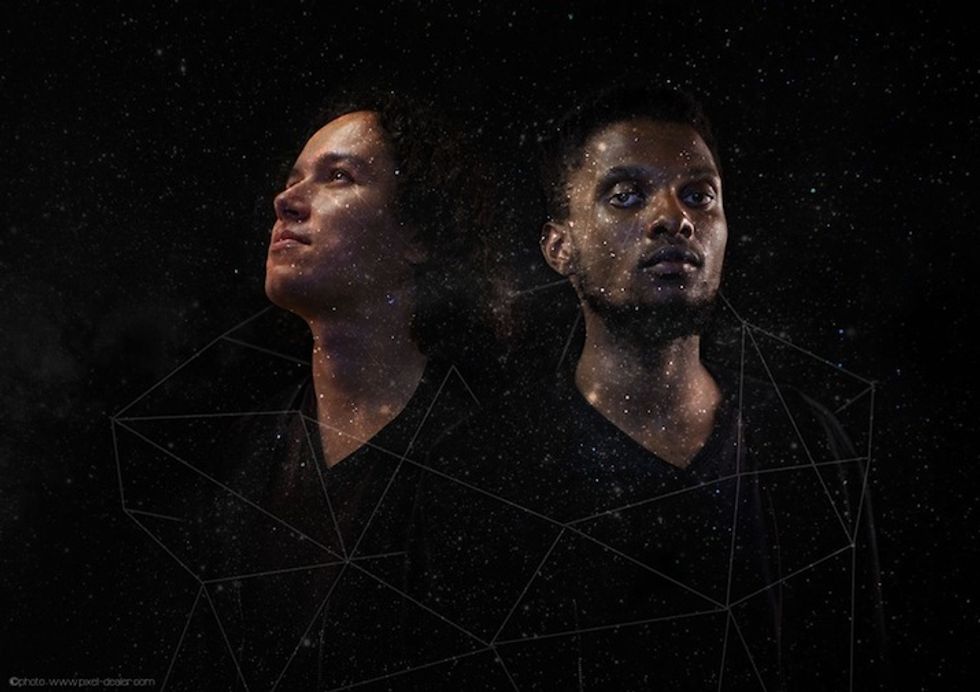 Back in 2013 we were introduced to the ambient sounds of a mysterious Johannesburg-based experimental electronic musician by the name of Neo Mahlasela, otherwise known as Hlasko. The South African producer/vocalist, who told us he began composing music on a computer program in 2011, initially struck us with his woozy melodies and lo-fi trip-hop influenced beats. "There’s a dark haunting beauty to his style," Okayafrica contributor Edward Kgosidintsi wrote in a profile Hlasko was featured in on Joburg's experimental beat scene. "You're bound to be captured in the hypnosis of the brooding chants of his vocals and ethereal riffs woven into macabre triumphant melodies," he added.

On his latest project Hlasko joins forces with Réunion Island producer Labelle to form a duo known as Kaang. The two artists met in 2013 as the result of Labelle's research into South Africa's electronic music landscape. After coming across Hlasko on Soundcloud, the "electro-maloya" producer reached out to his soon-to-be collaborator over email. The two met face-to-face while Labelle was on tour in South Africa, and shortly after recorded three tracks together in Johannesburg– two of which appear on Labelle's first album. Next month they'll release their self-titled debut EP as Kaang on the French label Eumolpe Records.

Today, we're excited to premiere the title track off that release. At just over three minutes, "Kaang" is a sublime introduction to Hlasko and Labelle's otherworldly mythology– one that fuses the traditional and sacred with future sounds. In the case of Labelle it's an electronic reinvention of Réunion Island's traditional Maloya music; with Hlasko, who writes in Sesotho, it's an experimental exploration of Lesotho sounds (where his mother is from). Together these worlds are utterly transcendent.

Kaang's 6-track debut EP is out May 25th on Eumolpe Records. Until then, listen to the title track below. For more, follow the group on Facebook.