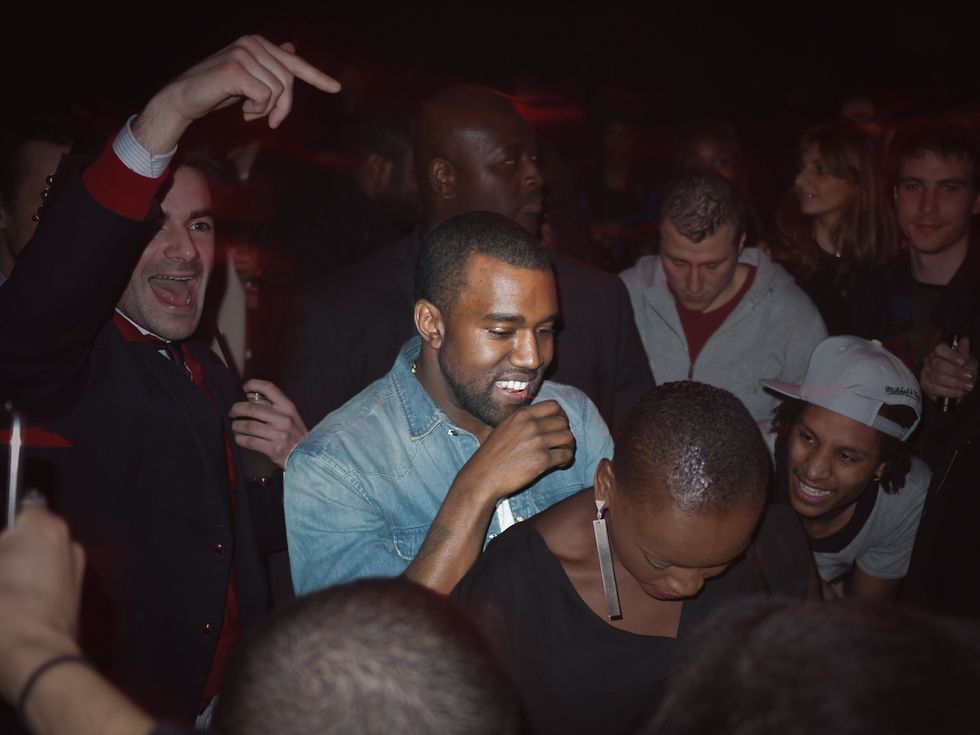 An open letter to Kanye West from a South African

You see, my white colleagues have the luxury of privilege. Privilege is a funny thing. Like a horse wearing blinkers, all privilege sees is a woman washing dishes because surely that is her only aspiration in life. Privilege sits pretty, comfortable and self-righteous when black students are being shot at by police for fighting for their right to affordable tertiary education. Privilege says 'I can do it better' but never actually gets to doing anything at all.

See Kanye, I have met you already. You are privilege, and so yes, you get to choose. But what you refuse to acknowledge is that the rest of us don't.

I don't shy away from controversy. I espouse the notion of free thought because Aristotle once said that it is the mark of an educated man to entertain a thought without accepting it. I've learnt that there are real repercussions to something as routine as thinking because more often than not, our thoughts encourage action. And because of that, I espouse humanity above all else.

Kanye's recent comments and thoughts are not unique. They are not original and neither are they free.

A few weeks ago, South Africa laid to rest Mam' Winnie Madikizela-Mandela. She was a radical stalwart who fought alongside many other comrades in the struggle against the murderous and segregationist Apartheid regime. If she could have chosen a life that did not involve being woken up at all hours of the day by the police, forcibly removed from her home, taken away from her children, tortured, raped and then betrayed by the very people for whom she fought to liberate, I am sure she would have chosen differently. Her late ex-husband, the iconic Nelson Mandela, went through much the same. He sat for close to three decades in a cell on an island, working endlessly in a lime quarry because he believed that the black man ought to be equal to the white man. If he'd had the opportunity, I'm sure he would not have chosen that fate for himself. What of Hector Pieterson, the 13-year-old boy who died in the Soweto uprisings of 1976 fighting for the right to learn in a language he could actually understand? Would he not have chosen differently had he had the choice?

Apartheid was a white supremacist system that I can assure you, was not a result of black people choosing indignity, displacement, dehumanisation and death. It still saddens me to this day, that there are many black South Africans that died not knowing that Apartheid, by law, would eventually be abolished. They worked tirelessly for a freedom they did not even live to realise. While Apartheid lasted for forty decades and slavery, four centuries, an alarming sentiment seems to be emerging in light of Kanye's comments: surely if black people 'allowed' slavery to continue for a whole 400 years, it was only because black people had chosen to be enslaved for that long. We illogically conclude that black people were just too nonchalant, too lazy to free themselves. We ask why black people had the audacity to permit slavery to go on for centuries instead of questioning why slavery happened in the first place. Why the fuck are we not asking ourselves why Europeans chose to pillage, rape and murder entire nations all in the name of "discovery and exploration?"

Kanye's recent comments and thoughts are not unique. They are not original and neither are they free. Perhaps that's the most painfully ironic part to all this. In his attempt to be a revolutionary free thinker, he has only managed to become a copy of the original manuscript written eons ago that sought to produce mindsets just like his.

Related Articles Around the Web
Popular
Popular
lost in riddim