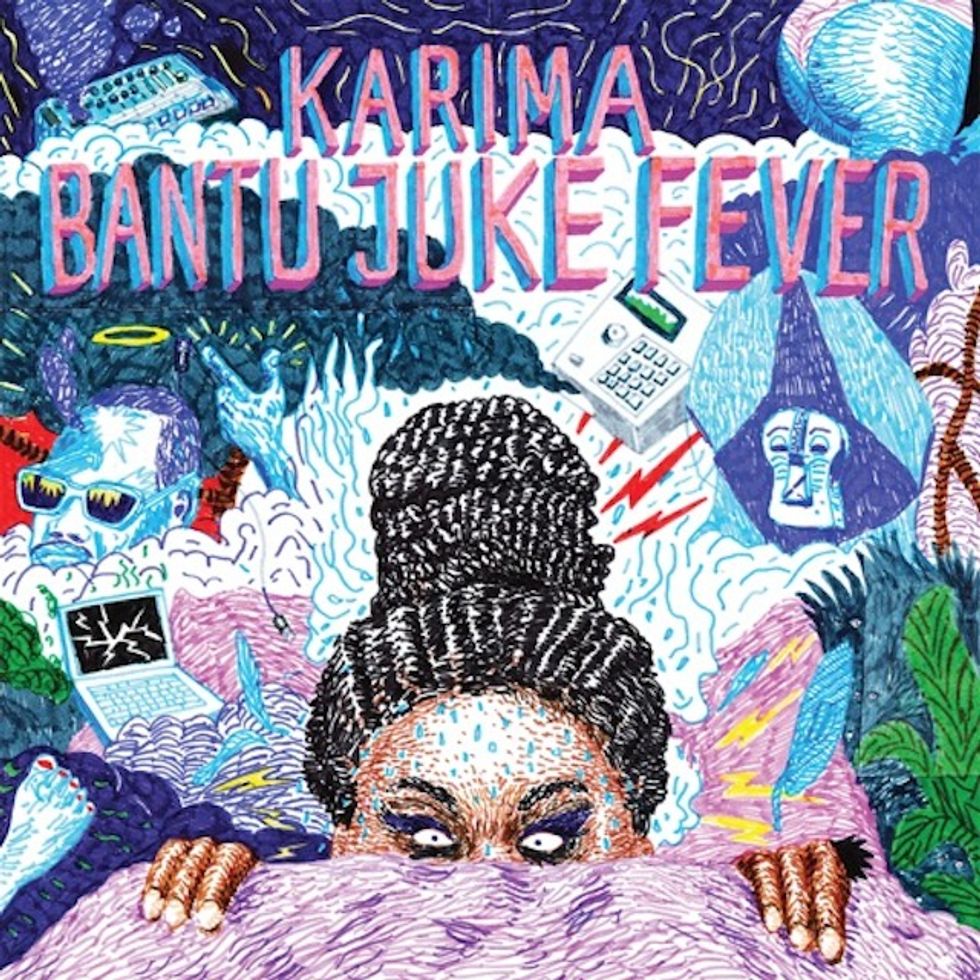 Liberian-Italian rapper Karima 2G's fierce new EP Bantu Juke Fever is now available for pre-order from Dutch label Anus Records. The vinyl-only release features four tracks which include “Bad Gal Juke” and “Bantu Juke Fever”– first heard on Karima 2G's Chicago footwork-influenced Revolution in Progress mixtape. The EP's opening track "No Compromise" begins with a thunderous sound of tom drums, reminiscent of the epic theme from 2001: A Space Odyssey, before exploding into a flurry of frenetic afro-juke rhythms and bright synthesizer stabs. Through her defiant self-declaration as "an animal walking through the jungle" and her rallying chorus of "no compromise," Karima 2G expresses both an indignant attack on the overt racism towards African immigrants in Italian politics, as well as a call for Africans on the continent and the diaspora to take pride in their heritage. Karima's production skills are also not to be overlooked, as her seamless blend of techno, hip-hop, reggae, Chicago footwork & juke, grime and afrobeat create an undeniable invitation to dance. Bantu Juke Fever is set for an official release on July 13, pre-orders for the 10" vinyl are available on bandcamp. For more from Karima 2G, be sure to check out her 'bantu juke' mixtape Revolution in Progress and watch her stirring video for "Refugees" in honor of World Refugee Day.