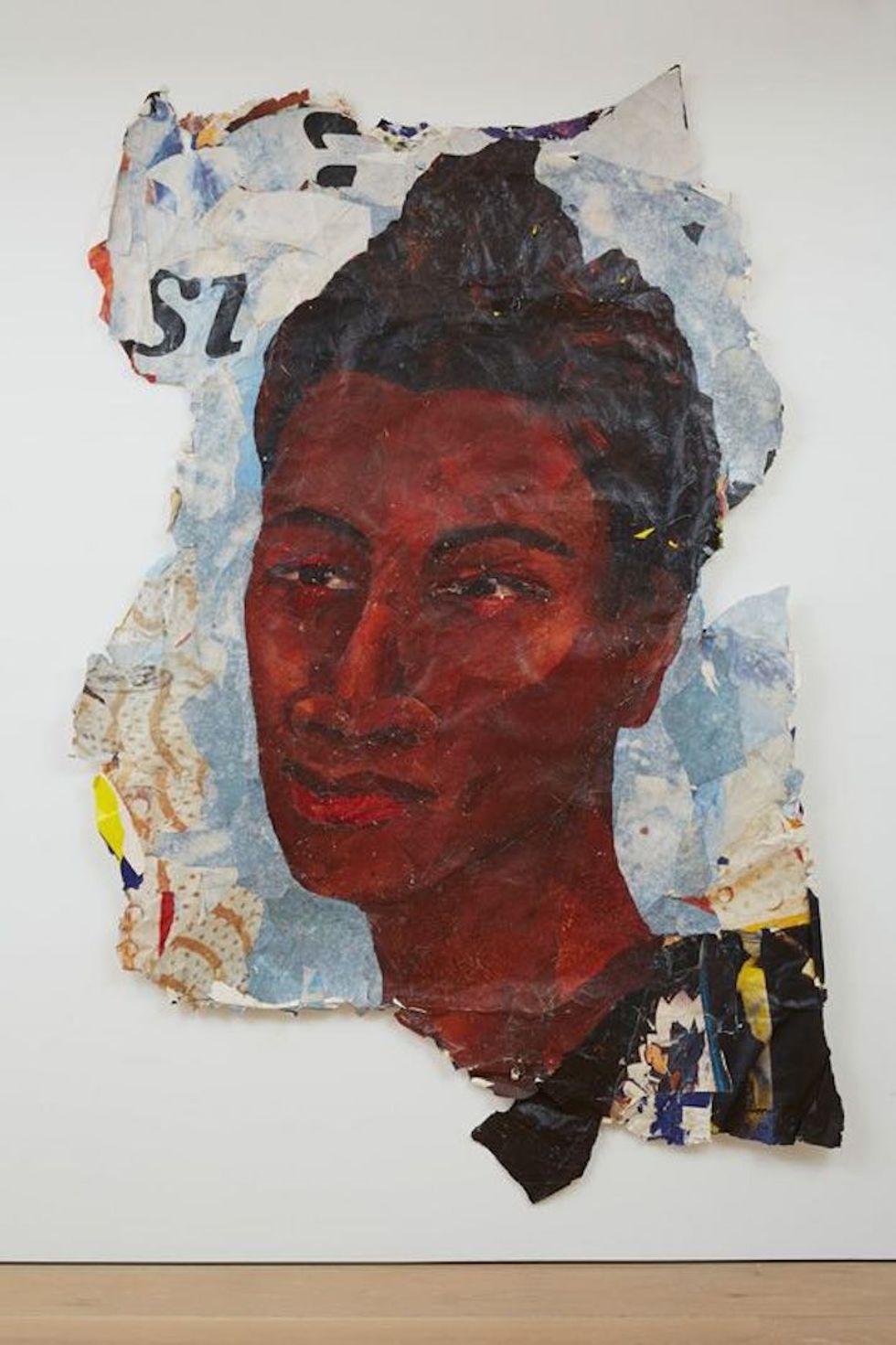 Everyday People is an exhibition of recent works by South African artist Kay Hassan currently on display at New York's Jack Shainman Gallery. The sprawling solo show, which features Hassan's trademark large scale paper constructions in addition to found objects and audio-visual installations, is Hassan's second at Jack Shainman (the first being 2008's Recent Photographs). Born in 1956 in the Johannesburg township of Diepkloof, Hassan spent his childhood hanging around his mother's shebeen as she catered to the miners and other working class individuals who gathered to drink after a hard day's work. A young Hassan soaked up personal stories and political views from the men and women who were living during this era of political apartheid, and his experiences from that period are bound in his work.

"Paper construction" is Hassan's preferred descriptor for the towering creations he's been making from repurposed material since the early nineties. Focusing primarily on the heads and upper torsos of his subjects, he assembles each piece by shredding old billboard paper then gluing the tattered scraps of commercial advertising back together to form imposing portraits modeled after passers-by he comes across in Johannesburg, where he's currently based. Hassan's portraits in his new show highlight the presence and resilience of those who are considered second class citizens, and by engaging with the social, political, environmental and economic issues of contemporary South Africa, he interrogates the everyday realities of the dispossessed and the displaced around the world.

Hassan's thirty plus year career has thrived both at home and abroad, and in 2000 he was the first recipient of the DaimlerChrysler Award for South African Contemporary Art. Click through our gallery above for a preview of his new exhibit, Everyday People.