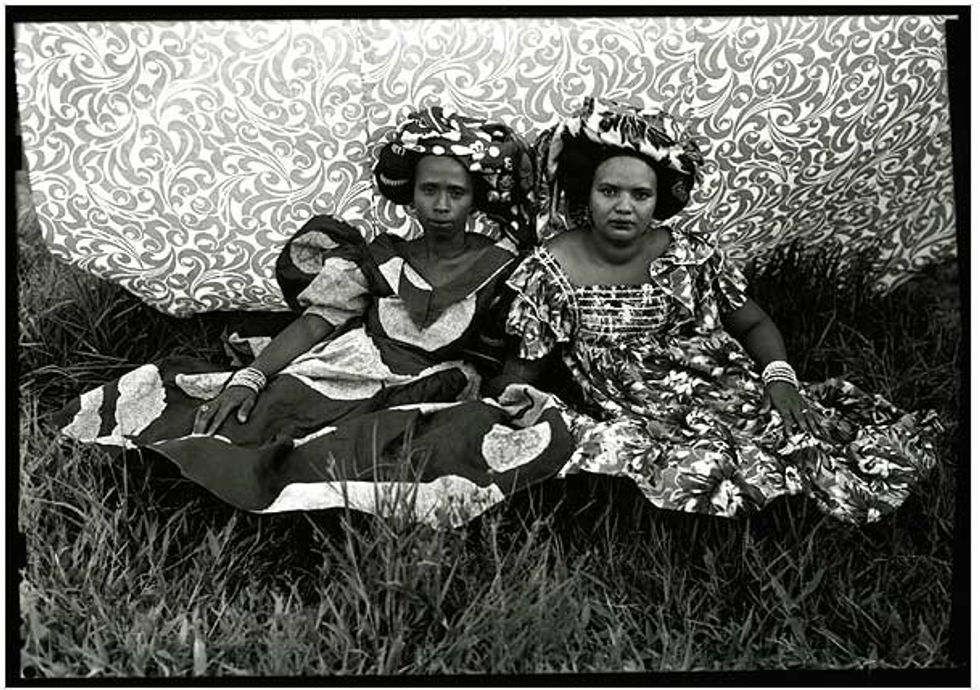 In our first installment of our new series on African photography, Lightbox, we look at the life and work of master portrait photographer Seydou Keita.

Seydou Keita grew up in an era of  great change in Bamako, Mali in the 1920s. The railroad was being extended from Dakar on the Atlantic, connecting Bamako to the rest of the world. The city was growing and modernizing at an unprecedented rate. Seydou Keita began as a cabinetmaker in the 1930s. In 1935, Keita's uncle brought him his first camera, a Kodak Brownie. He instantly became obsessed with photography. By the 1940s, Keita’s detail-oriented cabinetry mentality had carried over to photos. He then moved up to a 6"x9" then 9"x12" negative box camera.  The larger the negative, the higher the resolution Keita would work with.

With proceeds from a small studio, by 1949 he finally purchased a 13"x18" camera, creating a larger negative than the prints his customers could afford. Instead of enlarging his negatives, he would shrink them onto prints, making his photo prints extremely detailed and sharp.  Besides the high resolution of his prints, Keita always closed down the aperture to increase the depth of field (making everything in the image crystal clear), likening his work to Ansel Adams and other members of the "f.64 Club."

While Dakar was considered the Paris of Africa in the 1950s, Bamako wanted terribly to be Africa's Milan.

Most of Seydou Keita's subjects were first generation Bamakoise, and they would send photos home to show their families their successful lives in the city. Bamako developed its own fashions and the growing African bourgeoisie used portraits to confirm their embrace of modernity–cars, radios, watches (the ultimate symbol of cosmopolitanism being time consciousness). In nearly every single photograph, Keita’s subjects do their best to affirm themselves as Bamakoise.

Looking through Seydou Keita’s work, one must try to discern how well each of his subjects faced this challenge of cultural affirmation. Is their fashion of the latest style (the Dutch wax prints and the Indonesian batiks were constantly changing)? Is their hairstyle too much like the ones in the villages? Does the subject hold their own in the presence of a big car or a radio?

Keita's photos are now in galleries around the world, often printed life-size, thanks to his large negatives. Though the reproductions might not be true to the accuracy of Keita's work, and often revels the poor preservation of some of the negatives, one can still see the obvious obsession with detail of a cabinet maker and enjoy the innovative images of 1950s Bamako.