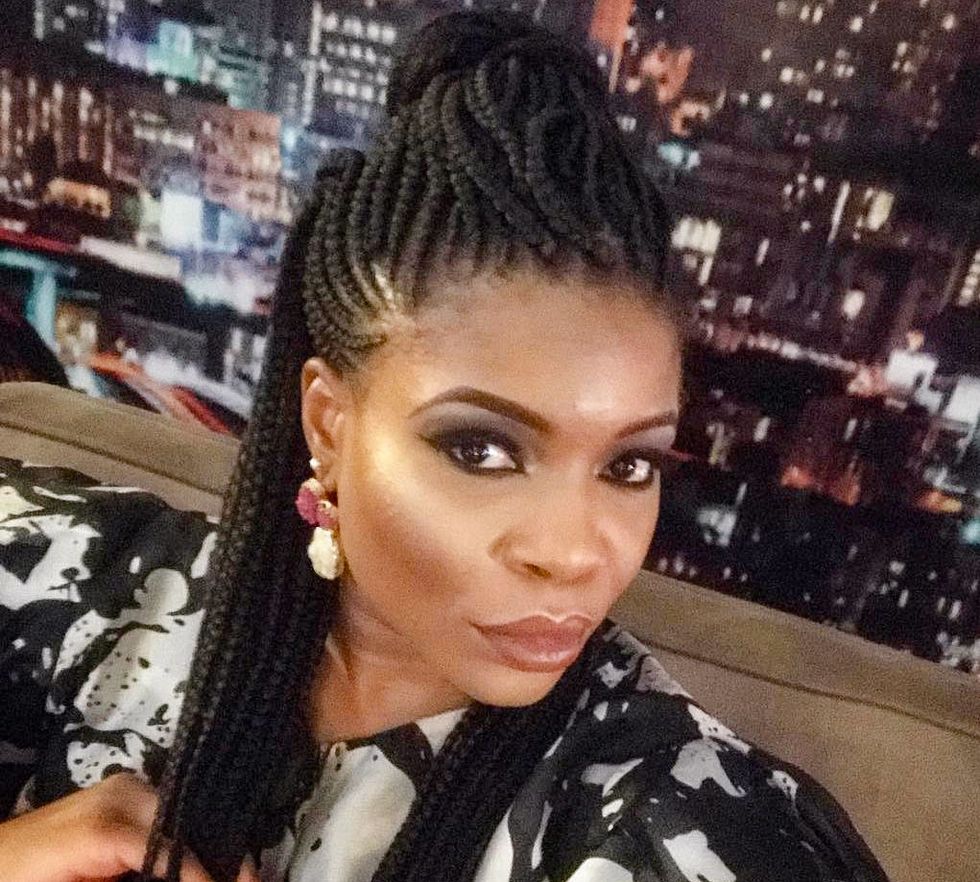 According to the director and visual artist, Kemi Adetiba, a "King Woman" always comes out on top, no matter what. Judging from the success of her 2016 record-breaking film, The Wedding Party, Adetiba is the embodiment of a "King Woman." From her role as an on-air radio personality, to her stint in front of the camera as a television presenter, and now, as a director, Adetiba is making her mark in media with over 10 years of experience.

“I want to be remembered as one of the people who changed the media industry,” Adetiba says in an interview with OkayAfrica.

She has earned the title as one of Nigeria’s foremost directors, starting her storied directorial career after a stint at the New York Film Academy, before going back home to carve out a path as a music video director. From the infamous "Lagos Party" video for artist, Banky W., to the heartwarming visuals for the T.Y Bello song, "Ekundayo," Adetiba has been telling stories for a while. It was only fitting that her next move would be in film. Adetiba's directorial film debut is about a universal love story that is uniquely Nigerian.

The Wedding Party, which premiered opening night at the 2016 Toronto International Film Festival (TIFF) and has broken box office records by raking in over 3.5 billion naira, is a story about everything that could possibly go wrong at a Nigerian wedding. Although the crux of the film lies in the dysfunction surrounding the couple and their big day, The Wedding Party is a story about strong women. Executive produced by Nigerian media executive, Mo Abudu and directed by Adetiba, the film’s stellar female cast—especially the performance of veteran actress, Sola Sobowale— received praise by critics everywhere. According to Adetiba, films and stories that put women at the forefront is one of the things she’s looking to bring to the film industry.

Her historic achievement indicates that this is just the beginning. After the success of The Wedding Party, Adetiba is laser-focused on building her media empire, one step at a time. She co-created the production company, Dreamfire Productions, with Kayode Jegede, is just one of the ways she is When asked what’s next for her, Adetiba remained tight lipped, but confirmed that she is already in the throes of shooting another movie project, less than a year after The Wedding Party wrapped. Viewers can watch Adetiba make more magic off the big screen with the premiere of her non-scripted mini documentary, King Women, which highlights women from various industries narrating their personal experience overcoming difficulties and hardships in their careers and personal lives. This is Adetiba's passion project, and one she hopes will encourage others to continue to tell African stories that have been left off the big screen.

“Our industry in Africa, especially Nigeria, is still untapped," Adetiba says. "We have so many stories that need to be told and I want to continue to tell those stories.”