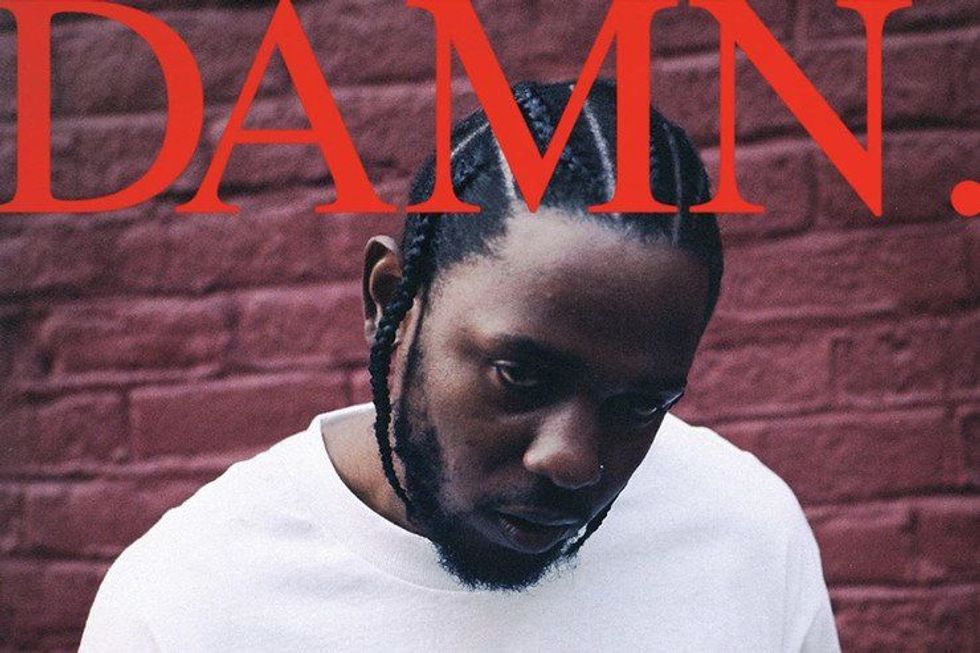 The prolific rapper's latest album dropped this morning. The 14-track record boasts features from Rihanna—who can be heard halfway through, on the standout "LOYALTY."—U2, and more. For the most part, though, Kendrick is a commanding one-man show, tackling themes of self-identity, race, fear and more, while flexing his indomitable flow.

DAMN already feels monumental, and it's pretty much all anyone is talking about this morning.

kendrick lamar has 100% set the rap game on fire

Listening to that new Kung Fu Kenny aka @kendricklamar this morning like. #DAMNpic.twitter.com/l6V1ateiSH

Kendrick Lamar doesn't make music. He makes experiences. His albums are like movies... each project should be felt in its entirety.

When someone asks "Who is a better rapper, Kendrick Lamar or Drake?"

I'll say this: Kendrick Lamar is the only artist who drops music that is a time stopper. In terms of you need to sit down and listen ASAP.

We don't deserve Kendrick Lamar, we must protect him at all cost.

Good morning. Kendrick Lamar as of right has the best rap album in 2017.

Kendrick Lamar is the greatest artist of this generation

DAMN, can today get any better? Thank you, Kendrick!

I just want to humbly thank you! pic.twitter.com/F8nSaCnKoX

Listen to DAMN via Apple Music and Spotify below.