Kendrick Lamar Samples Fela Kuti In 'To Pimp A Butterfly' 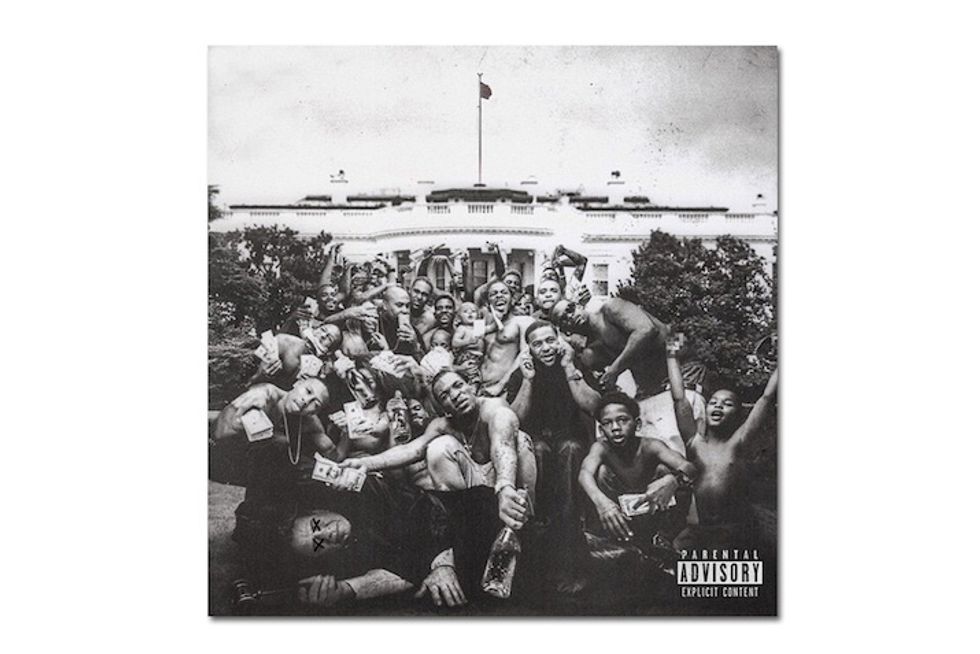 "Mortal Man," the closing on Kendrick Lamar's 'To Pimp A Butterfly,' uses a sample from Fela Kuti's 1975 "I No Get Eye For Back."

As you've now heard, Kendrick Lamar surprise released his highly-anticipated follow-up to 2012's Good Kid, M.A.A.D City late on Sunday night. The 16-track To Pimp A Butterfly is a jazz and retro funk-indebted excursion that features production work from Flying Lotus, Thundercat, Pharrell, and Boi-1da alongside live instrumentation in the form of Robert Glasper's keys and Terrace Martin and Kamasi Washington's saxophone & horns, among many others.

The full length's sprawling closing track "Mortal Man" initially sparked our interest because of its several Nelson Mandela mentions throughout its hook ("The ghost of Mandela, hope my flows they propel it") and verses ("You wanna love like Nelson, you wanna be like Nelson. You wanna walk in in his shoes but you peace-making seldom"). As a Rolling Stone article points out, "A 2014 trip to South Africa inspired Lamar to pen "Mortal Man," a song that finds the rapper name-checking Moses, Mandela and Martin Luther King, Jr... [and] weav[ing] in samples from a 1994 Tupac interview with Swedish journalist Mats Nileskär on the show P3 Soul."

To Pimp A Butterfly's liner notes reveal that "Mortal Man" also samples Fela Kuti's 1975 "I No Get Eye for Back" off Alagbon Close. Kendrick's track uses a pitched-down drum pattern from Fela's original, as performed in a 1977 cover by South Carolina tenor saxophonist Houston Person. Stream Kendrick Lamar's "Mortal Man" on Spotify and check out both Fela Kuti and Houston Person's versions of "I No Get Eye For Back" below to spot the drum sample.