Kenyan Elections: This is What You Need to Know 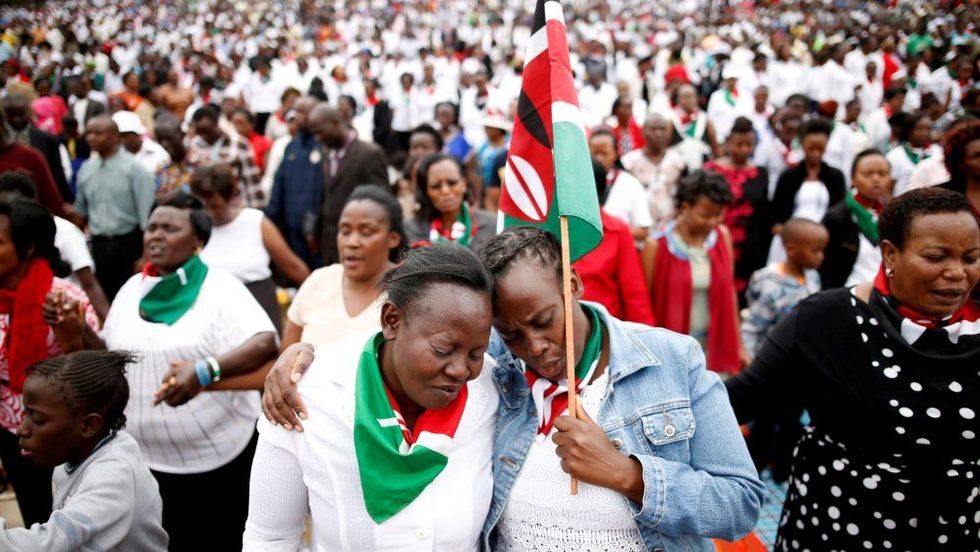 Kenya's election tomorrow has many at the edge of their seat, here's why.

Kenyans will vote to elect a new president tomorrow, in a close race between incumbent president, Uhuru Kenyatta, and opposition leader Raila Odinga.

Odinga lost to Kenyatta during the highly-contested 2013 elections in which the computerized voting system failed, resulting in a manual counting of the votes.

Odinga, who's running for office for the fourth time, accused the ruling Jubilee Party of election fraud following 2013's results, but his motion was denied in court.

This time around, a new electronic system commissioned by the Independent Electoral and Boundaries Commission (IEBC) will be used to count the votes. The system is intended to provide accuracy and fairness in determining election results.

Last week, the tech manager behind the new software, Chris Msando, was murdered just a few days before he was set to lead the public testing of the new voting system.

While in Rwanda there was little doubt that incumbent president Paul Kagame, would once again sweep the election, Kenya's elections appear to be much more competitive. Polls are showing that the results could realistically swing in either direction.

The two opponents share a long history. This is the second time that the two are running against each other for office. Fifty-five year-old Kenyatta's father was the first President of Kenya, while Odinga's father Jaramogi Oginga Odinga served as his vice president, before the two had a falling out in 1966, giving way to major political rivalries across ethnic lines.

The violence that erupted following the 2008 election in which 1,200 people were killed came as a surprise to many international observers. Though 2013's, election was mostly peaceful, many are still readying for the possibility of post election violence, given Uhuru's supposed involvement in the ethnic violence which ensued in 2008—he was relieved of these charges by the International Criminal Court in 2014. Nonetheless, around 180,000 police officers have been deployed around the country ahead of Tuesday's elections, reports the Guardian.

A number of factors will determine the vote, including ethnic ties, land rights, unemployment, and the ongoing drought which has been affecting parts of the country since 2016.

[Africa Elections]🔸Kenya will go to the polls tomorrow to elect its new leader.