10 Kenyan & Ugandan House Musicians You Should Check Out 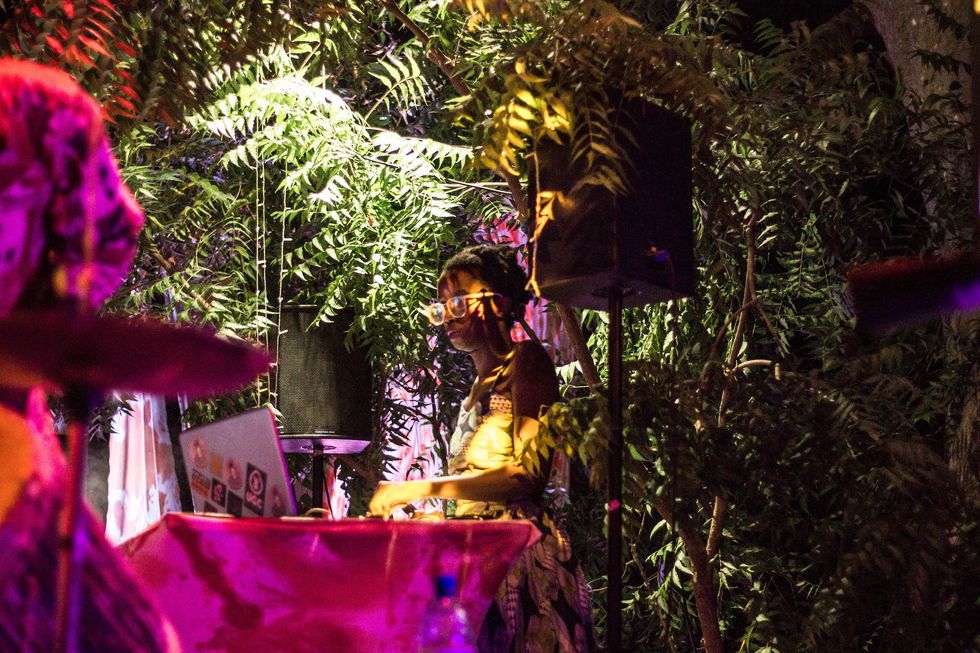 Here are some house acts coming out of East Africa that you simply have to hear.

Throughout the years, house has been an underground genre in East Africa. But that's all changing, as electronic music scenes have been recently gaining a foothold across the region.

The upswing in popularity is mainly due to the increase in multi-day music festivals such as Uganda's Nyege Nyege, the Africa Nouveau Festival outside Nairobi and the Kilifi New Year's Eve in Kenya's coast. The festival and party scene has turned many underground artists into regional touchstones for house heads.

Many of these house artists lean heavily into traditional African sounds blended with electronic beats that are becoming hard to ignore.

Here are 10 Kenyan and Ugandan house acts you simply have to hear.

Suraj is a DJ and producer based in Nairobi, Kenya who combines modern electronic music with African soundscapes, instruments and vocals, even bringing live djembe players to some of his shows. Suraj grew up in Kisumu, Western Kenya's capital, starting his journey by playing tablas, eventually switching to his spot behind the decks. In 2016 he released his first original production, "Wawere," which combined Dholuo lyrics and a vocal riff by singer Olith Ratego over an electro twist.

He later co-founded Midi Minds Kenya, an organisation created to produce modern format local music and develop underprivileged musicians. Suraj is also the creator of the Savanna Sessions podcast and events series, which aims to raise the level of discourse in the industry, creating an online and offline experience centered on Suraj's alternative take on recorded music and live performances

The freakishly-talented Kampire Bahana is a writer, DJ and arts organiser based in Kampala. Kampire began her DJ career in 2015. After honing her craft at Hollywood in Jinja, home of Nyege Nyege Tapes. She then went on to rock the stage at Nyege Nyege. Kampire has also performed at Amani Festival in Congo, Africa Bass Culture in Burkina Faso, Africa Nouveau Festival and Kilifi NYE in Kenya. She also opened for high-profile acts like Diplo in Uganda. Kampire's sets perfectly mix nostalgic and contemporary African sensibilities, while kicking in some Lingala licks with deep house and faster beats.

Born and raised in Nairobi, Jack Rooster's life has been shaped and influenced by the vibrant rhythms and sounds of the capital city. In 2011, Jack made the transition from avid music collector to DJ and producer. Within a year of his official debut, Jack was already playing at international festivals and guesting on various radio shows while holding regular residencies at some of Nairobi's most sought-after venues.

Known as 'The EDM Rastas' Lectronica Circle duo David Gilbert and Kevin Kinuthia have been producing their signature sounds since 2012. They have the gift of finding the most unique voices in the region such as Vanessa Vonroe and Sally Ayugi to produce an instant hit.

They have also collaborated with dancehall star Wyre the love Child on his track "Light It Up," a fusion of crazy energy-splicing dancehall and EDM Lectronica Circle regularly use vernacular in many of their tracks in order to familiarize the Kenyan market to the electronic sound.

This woman is a badass. A trail blazer in her field, she has been hailed as the first East African female DJ, and she's been spinning for the better part of two decades. She herself admits that she's constantly reinventing herself to remain relevant.

She is currently part of the Nairobi-based Santuri Safari East Africa Deejays, a collective of deejays and music producers from Uganda, Kenya and Tanzania.

She is also the founder of Femme Electronic, a platform for female DJs and electronic music producers in the region. It involves training, workshops, mentoring, showcases, residencies and events aimed and addressing the severe gender imbalance in the music industry in East Africa, and the electronic music scene in particular.

Dylan-S is a music producer and DJ from Kenya whose jams have taken direct influences from his surroundings. His sound has been described as abstract, defined by the funkier, minimalist and darker forms electronic music frequently found in the underground.

Solvation's contact with the Nairobi club scene and coincidental online encounter with the music mixes of Kenya's Afro House maestro Jack Rooster, led to the genesis of a new beginning in his journey.

Solvation has grown his reputation and made a solid name in Kenya's house music scene, having started from small campus and house parties to rocking big stages such as 6AM-Kenya's annual Earthdance-Nairobi and curtain-raising for renowned international acts such as South Africa's Problemchild Ten83.

The DJ studied architecture at the University of Nairobi and now infuses the timeless concept of design process and a few basic principles such as dynamism, symmetry and asymmetry in the building of his sonic landscapes.

Enchan is derived from 'Naitobir Enc'an' which in Maasai means the bringer of rain. Born in Mombasa, he's now frequently spotted rocking Nairobi stages. A natural storyteller; Enchan weaves his tales through his deep tribal house and minimal techno.

His belief is that rain is essential to all life, just as good music is essential to the human soul's well-being always shines through when he takes over on the decks. Enchan's sets are crafted to invoke groovy moods and deep feelings in the audience while gluing them to the floor. He considers himself a vessel of music on the path of healing the world, one dance floor at a time.

DJ Vidza is one of the ladies making a big splash in the industry. She regularly performs with 'Noise On Demand' a DJ collective comprising of DJ Panik, DJ Sir Loin & DJ Sesi and her groovy Afro House mixes regularly fill up the dance floors of Nairobi's hottest clubs.

Dark Meme started deejaying at Steak Out in Kampala while he was still at university. After falling in love with house music while on sabbatical, he became a resident house DJ at Mishmash Kampala. Now, with several festivals under his belt and his break through with the famous Hatari Voltage Kampala parties, he's blowing up across the region. He strives to find the perfect sound along with Santuri Safari. Meme is a major part of the explosion of creativity and innovation is currently being experienced in the East African house music scene.