This Kenyan Couple's $1 Wedding Is #RelationshipGoals 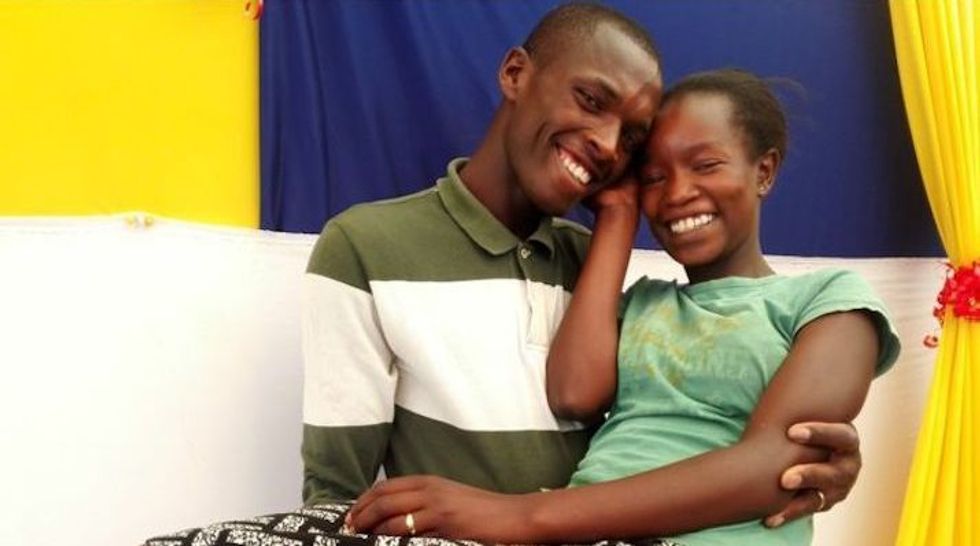 This young Kenyan couple put love first and had a $1 wedding ceremony.

All you need is love. If you're jaded and still need proof of this, then you need to hear the story of Wilson and Ann, a Kenyan couple who had a $1 wedding ceremony.

But how is that possible, you ask? Well, it really isn't, but the magical couple made it happen anyway, and we should all be taking notes.

The couple, who've been together for three years, have tried to plan a ceremony twice before, but were not able to come up on enough cash. On their third attempt, they decided they didn't need the pomp and circumstance after all, and instead opted for a casual ceremony at their church.

With their church's support, their only expenses were the $1 steel rings that they used as wedding bands.

"I believe money should not stop young people like us from getting married. If people love each other and want to marry they should," said the bride.

Folks on social media are inspired by the couples bravery, and they've  received numerous gifts even an all-expense paid honeymoon, BBC reports.

This story has our hearts all warm and fuzzy. Maybe love really is the answer after all.

Ann Wambui and Wilson Mutura(Below) did a wedding with budget of Ksh 100 ($1) #WambuiAndWilson what a touching incident. pic.twitter.com/LUgB06d3DL