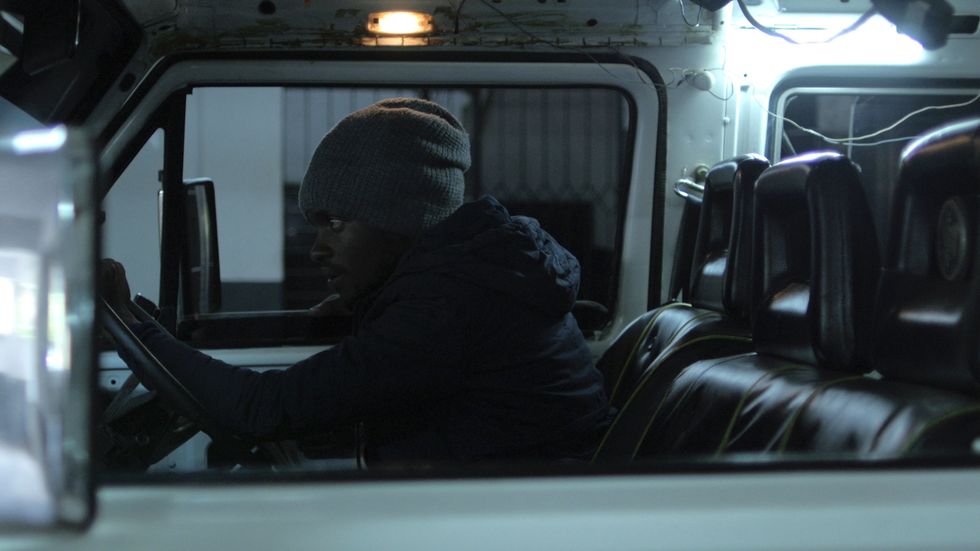 The Nairobi-based Nest Collective's critically-acclaimed show is spoken entirely in Sheng, and depicts a Nairobi in which law enforcement is failing its citizens, hence the need for the people to bring back order.

In an interview with Okayafrica ahead of the Toronto International Film Festival, where the series screened as part of a special primetime program celebrating the best in international television, the filmmakers said they were interested in a story of somebody pushing back against inadequate and corrupt governmental structures and individual apathies, “as a mirror for the extra-judicial (if morally ambiguous) ways that people have found to try and solve their societal problems.”

That somebody is actor Tim King’oo, who plays the Nairobian vigilante Biko. His character is tasked with taking on the city’s crime and corruption, along with the anonymous online citizens known as “Tuko Macho.” They decide if the kidnapped criminals will live or die through an online exchange that ends with a vote.

The drama has got Kenyan viewers lauding the Nest Collective on Facebook, calling the series a “masterpiece” for its intrigue and believability. Questions of justice and reconciliation are explored in 12 gripping episodes that has the pace and realism of Nairobi life.

Watch the entire first season of Tuko Macho below or via the Nest Collective. The show is also available to purchase on DVD in Kenya.

Read: 'Tuko Macho’: The Slick Kenyan Crime Series You Need to Be Watching