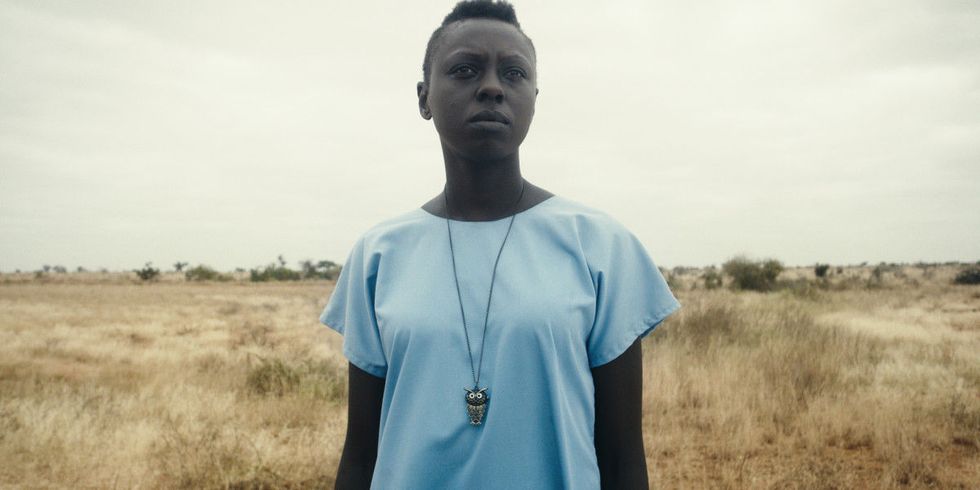 Kenyan writer-director and Just A Band member Mbithi Masya's Kati Kati was one of the big winners of the 2016 Toronto International Film Festival.

Kenyan feature Kati Kati was one of the most afrofuturistic movies at this year’s Toronto International Film Festival. It was also one of TIFF’s biggest winners.

For his feature-film debut, writer-director and Just A Band member Mbithi Masya was awarded the International Federation of Film Critics (FIPRESCI) Prize for the Discovery Programme.

Said the jury: “With a generous and poetic tone, not without a degree of anger at personal and political injustice, FIPRESCI is pleased to present the prize in the Discovery programme to an exciting and unique new voice in cinema, Mbithi Masya for his debut feature Kati Kati."

Kati Kati tells the story of Kaleche (Nyokabi Gethaiga), a young amnesiac who wakes up in the middle of the wilderness with no idea how she got there. She makes her way to Kati Kati, a nearby lodge, where she meets a motley crew of residents under the leadership of Thoma (Elsaphan Njora), whom Kaleche strikes up a quick and intense friendship with him. She soon discovers there’s a lot more to Thoma and the mysterious Kati Kati…

The film is the fifth feature produced as part of the One Fine Day Film Workshop initiative, whose previous titles include Soul Boy,Nairobi Half Life, Something Necessary and Veve.

Kati Kati’s win is a huge up for the Kenyan arts scene, but it wasn’t Nairobi's only moment of shine this month in Toronto. Jim Chuchu and the Nest Collective’s Kenyan crime drama Tuko Macho screened as part of a special primetime program celebrating the best in international television.

Check out the full list of TIFF 2016 winners here.