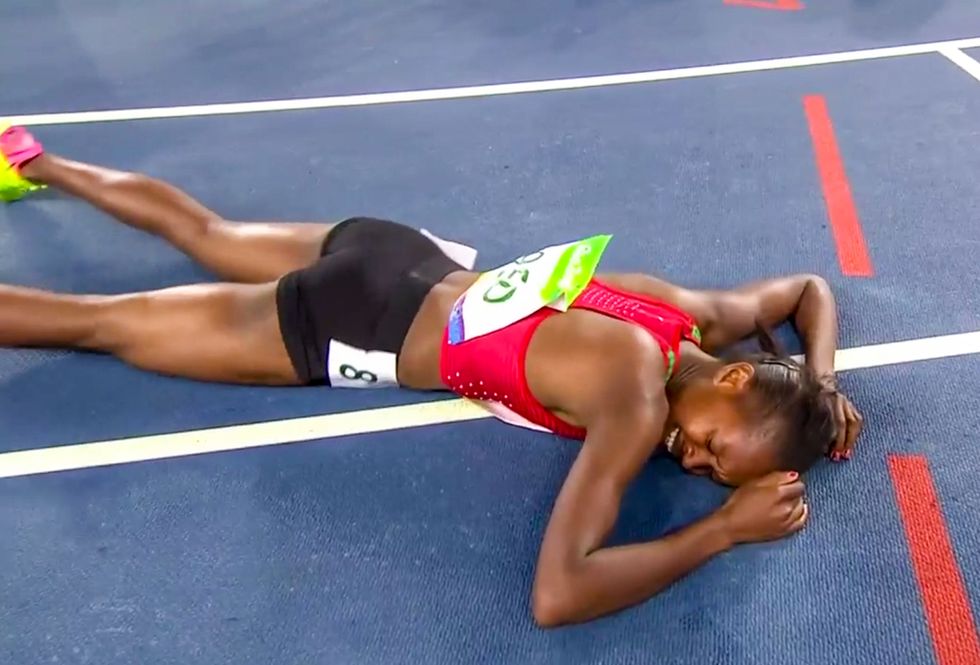 Faith Chepng'etich Kipyegon pulled off quite possibly the sickest upset of the Rio games against Ethiopian world record holder in the final lap of the 1500 meter race to win gold.

Genzebe Dibaba of Ethiopia looked poised to hold off the competition at the Joao Havelange Stadium Wednesday until the Kenyan middle distance runner overtook her, surging across the finish line at 4:08:93—a mere two seconds ahead of Dibaba’s time of 4:10:27. It was a taste of revenge for the two-time world junior champion after she had finished second behind Dibaba at the 2015 Worlds in Beijing.

Dibaba, who picked up a silver medal, was favored to win after her insane time of 3:50:07 in set a world record in the the 1500 meter in 2015. She was without her coach James Aden after he was allegedly found with performance enhancing drugs in Spain earlier this summer.

"I didn't believe I could win but I thank God for helping me to win here in Rio. It's my first Olympics and I'm so excited," Kipyegon says, basking in her Olympic triumph.

Kipyegon has captured the third gold medal for Kenya, which she dedicated to her boyfriend, following track and field compatriots David Rudisha and Jemima Sumgong who are also taking home gold. The East African country’s medal count could have been higher if other countries like Bahrainhadn’t poached its athletes.