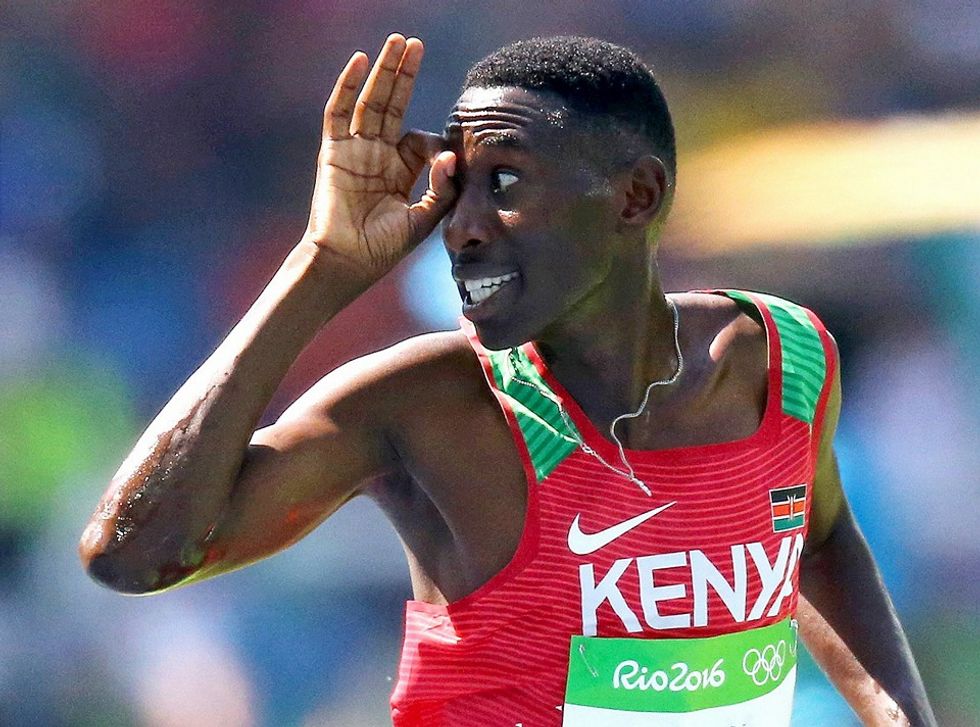 In addition to winning gold, Kipruto set an Olympic world record crossing the finish line in 8:03.28.

Kipruto’s victory continues Kenya’s winning streak in the event, which dates back to the 1988 Olympics, according to Capital FM Sports.

Prior to the race, Kipruto has been considered the swiftest man this event season and he proved it as he led the pack for most of the race before pulling full steam ahead of his competition, setting an Olympic record when he crossed the finish line in 8:03.28.

Kemboi, the defending champion, was edged out of the silver by American Evan Jager on the home stretch, although he clocked his season best of 8:08.47. The Kenyan king of steeple chase will have to settle for the bronze.

It was an epic win for Kipruto and Kenya’s fourth gold medal that has attracted much congratulation, including from his family back home:

Kipruto trended on Twitter post-victory, and how his fans will finally know how to spell his name.

Nice that Conseslus Kipruto is now trending. Took that long because Kenyans were still learning how to spell his first name correctly ???

The outcome of the steeplechase means Kemboi has postponed his retirement, vowing to return stronger than ever in next year’s world championship in London.

“I had opted to retire right after the Olympics only if I had come home with this medal…Now I feel that I have to bring back this medal not by protesting again but right on track,” Kemboi posts on his Facebook page Thursday.